Syria: Why we fear bloodshed in Idlib

Idlib hosts the highest concentration of displaced people in Syria. Violence in and around Idlib over the last year has forced people to flee time and again. Half of Idlib’s population of three million has been displaced from other parts of Syria. Civilian lives would be at stake if hostilities intensify.

Idlib is the last remaining so-called “de-escalation” zone in Syria. The makeup of Idlib is similar to places like Eastern Ghouta, southern Syria and Raqqa. It has a diverse mix of armed groups – some designated terrorists – and a high number of civilians in the same areas. Efforts must be taken to avoid targeting civilians, their homes, hospitals and schools.

Tens of thousands of civilians depend entirely on aid. Their greatest lifeline is assistance from humanitarian organisations. Many families lack access to clean water and sanitation facilities. Children who have been out of school for years have forgotten how to read. A battle over Idlib’s future risks cutting off lifesaving aid to countless people in need.

A staggering 700,000 people could be displaced overnight. Already people are on the move again out of fear of what might come next, and are struggling to find shelter. As NRC witnessed in Eastern Ghouta or Aleppo, routes to safety came too little too late for thousands of civilians trapped in the violence.

The only way to truly ensure the safety of civilians in Idlib is to prevent an outbreak in violence altogether. We must see the world’s top powers commit to peaceful negotiations and agreements which protect civilians and grant them safety.

As we look ahead, the humanitarian community must nevertheless prepare for the worst-case scenario. We must draw on what we have learned from previous emergencies in Syria and do our best to help people as they flee.

The Norwegian Refugee Council (NRC) has started an emergency response to support Syrian refugees crossing the border into northern Iraq. 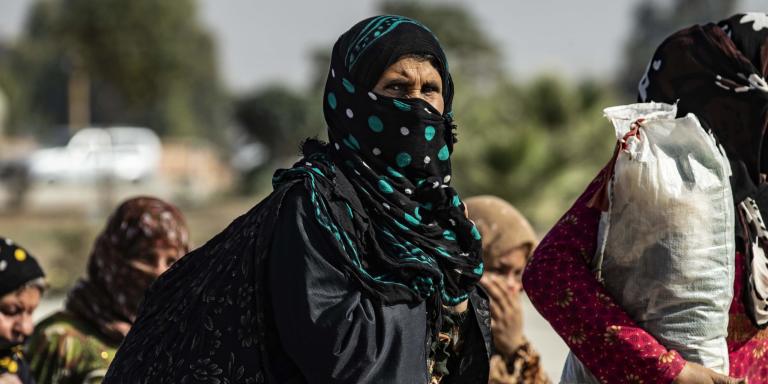 As thousands of civilians flee air strikes and shelling in North East Syria, aid agencies witness an escalation of the humanitarian crisis.