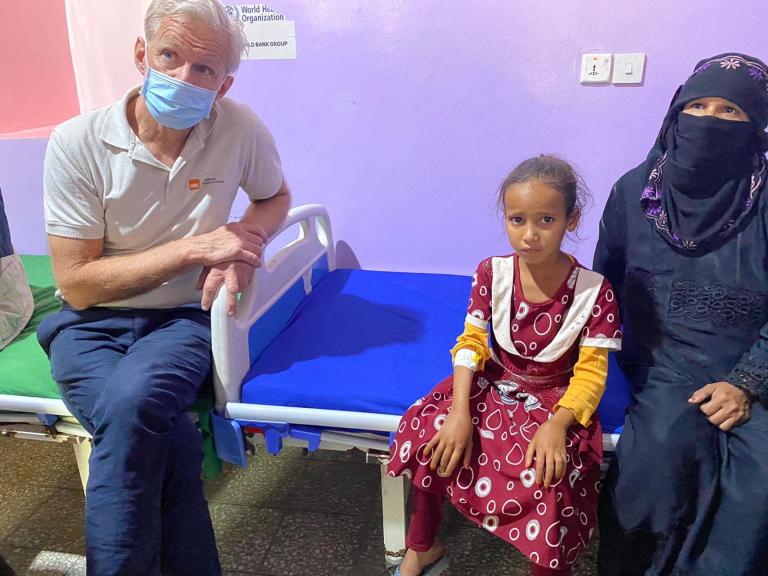 
Ten facts about the deadly crisis in Yemen

Roald Høvring Published 02. Mar 2021
Yemen War and conflict
Read caption Jan Egeland visiting a children’s malnutrition hospital in Hajjah, northern Yemen. He met with a 9-year-old girl who is unable to walk because of malnutrition. Her mother told Egeland they cannot afford to eat, and their food rations were cut by half last year. Photo: Michelle Delaney/NRC
After almost six years of catastrophic conflict, millions of Yemenis are just one step away from famine. But many of the world’s leaders are turning their backs on what is being described as the world’s largest humanitarian crisis.

Yemen remains the world’s largest humanitarian crisis and aid operation. The crisis is the result of a brutal armed conflict that escalated six years ago. It has killed and injured tens of thousands of civilians and caused immense suffering to the Yemeni people.

Without life-saving aid in the coming months, thousands of lives are at risk due to the ongoing violence and lack of access to food and medicine.

“I am deeply distressed by seeing first-hand how advanced the starvation has become in Yemen. It is infinitely worse today than when I visited three years ago. The families I’m meeting are staring starvation in the face – and for many it worsened when food rations had to be halved last year,” warns Jan Egeland, Secretary General of the Norwegian Refugee Council, who is on a week-long visit to Yemen.

The Norwegian Refugee Council (NRC) works to support refugees and displaced people in over 30 countries around the world, including Yemen. Support our work today.

According to Egeland, Yemen needs three things to avert a catastrophe: “more money that we can use today, a famine-prevention ceasefire, and full access to people in need.”

Here are ten facts about the deadly crisis in Yemen:

#1: Four million people have been forced to flee their homes
In 2020, the conflict intensified and 172,000 people were displaced, bringing the number of internally displaced people to approximately 4 million.

#4: 20 million people need humanitarian aid
Over 12 million of these are estimated to be in acute need. These people are facing crisis and are struggling to obtain the basics needed to survive and maintain their health and wellbeing.

#7: Two million children are out of school
Just over two million school-age girls and boys are out of school. Prior to the Covid-19 pandemic, approximately 47 per cent of girls were out of school compared to 53 per cent of boys. Financial insecurity within families prevents children from enrolling in school and puts them at risk of becoming involved in child labour. Many more children have lost months or even years of schooling because of the war.