Published 30. Nov 2022
Syria Humanitarian access
NRC and other NGOs call for an urgent scale up in support, alongside immediate action to secure humanitarian access to Northwest Syria. Needs have risen to their highest levels since the start of the crisis and a cholera outbreak now threatens to drive further suffering.

The first outbreak of cholera in over a decade is threatening the lives of at-risk populations across Syria. As of 14 November, over 35,000 suspected cholera infections have been reported across all 14 governorates of the country.

Particularly concerning is an increase of cases reported in Northwest Syria where humanitarian needs are already extremely high. There are 1.8 million displaced people in Northwest Syria, the majority of whom are women and children with many living in densely populated camps. One out of four of the suspected cholera infections are in children under 5. Malnourished children are particularly vulnerable to the impacts of cholera and face a heightened risk of death.

The current cholera outbreak is compounded by several factors, including a lack of access to safe drinking water, adequate sanitation, and health facilities, as well as continued displacement due to ongoing conflict activity and increasing poverty levels. Syrians are facing an acute water crisis, brought on by drought, damaged infrastructure, and disruptions to water stations.

In the Northwest, where more than 9,000 suspected cholera infections have now been reported, the healthcare system has been decimated by over a decade of conflict, the Covid-19 pandemic, and a shortage of funds. This has led to a vicious cycle in which existing medical needs are made worse by lack of access to treatment making disease outbreaks like cholera extremely risky to those with underlying and long-term illness.

NGOs call for urgent action to scale up the cholera response and guarantee humanitarian access to affected regions. In Northwest Syria, continued access to cross-border assistance is the only viable way to scale up a response and directly and quickly reach those in need. Access to assistance in a timely manner is critical to delivering an effective response to cholera and curb the spread.

In the Northeast, where UN-supplied aid has been restricted since the UN Security Council voted to close down a vital medical supply route in January 2020, cases also continue to grow. There are currently over 25,000 suspected cholera infections as of November 14 while 2.1 million are in need of humanitarian assistance in the Northeast, and over 87,000 people are living in displacement camps.

As winter approaches, NGOs warn of already stretched resources which are needed to ensure families can seek adequate shelter from the typically harsh weather conditions. The conflict in Ukraine has also driven up prices of many essential items such as food and fuel which will affect people’s ability to keep their homes warm, to have electricity and running water. These challenges already experienced by many displaced families, alongside the cholera outbreak could lead to a catastrophic humanitarian situation in the winter months.

To date, only 18 per cent of the funding required countrywide for winterization has been secured, leaving a funding gap of $171.36 million. NGOs are calling on the international community to fill the gap, to ensure adequate response to cholera and winter needs. In addition to fully funding the existing Syria humanitarian appeal.

NGOs are calling for the UN Security Council to guarantee continued access to populations in Northwest Syria through the cross-border mechanism. Last year this mechanism enabled humanitarian actors to reach over 2.4 million people a month in the Northwest with life-saving assistance, including food, shelter, and medicine. There is currently no viable alternative to match the scale, scope and timeliness of aid delivered through this mechanism. The Council has until January 10 to confirm renewal of the mechanism. If it fails to be renewed the consequences will be dire for Syrians facing a harsh winter and will significantly undermine the response to cholera. 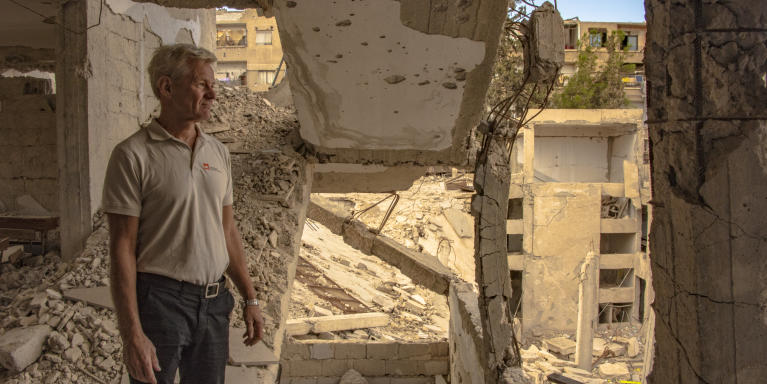