Published 06. Jul 2022
Iraq Internal displacement
Mosul’s young generation is enduring a brutal legacy left by years of conflict and Islamic State (IS) control, with a lack of jobs and inadequate education opportunities leaving them with little hope for the future, the Norwegian Refugee Council (NRC) has said on the fifth Mosul retaking anniversary.

The organisation interviewed students, teachers and parents in Mosul who said that widespread infrastructure damage, overcrowding, poverty and mental health issues have set education back several years. One student said that although he was in the fifth grade, he was still unable to read or write anything but his name.

Analysis by NRC of school data from the current academic year shows that one in three schools in Mosul either need repair or are not fit for use, with 50 per cent of all students enrolled in schools with damaged structures.

“Five years since the city was retaken, the people of Mosul are yet to recover from the many tragedies they have experienced,” said NRC’s Iraq Country Director James Munn. “Young Iraqis are passionate about their city. People we spoke to told us they want to play their part in building a better life but they need proper education and sustainable jobs to change their current reality.”

Overcrowding and teacher shortages also represent some of the major obstacles to an adequate learning. In prefabricated schools, widely referred to as caravans, there is only one teacher for every 51 students. There are instances of 80 children joining a classroom of only 15 square metres. It is common that a group of students share the same book, as the majority cannot afford stationery.

The conditions and families’ economic situation are leading to higher dropout rates, which reached 20 per cent in one school where NRC operates. Separately, final exam results across 10 sixth-grade schools show a pass rate of only 22 per cent. In one of the schools in West Mosul, only 3.3 per cent of sixth-graders passed.

A clear split in future prospects was found in NRC’s interviews with young men and women. Those in school or university, though a few years behind, said they aimed to finish their studies and get a job, mainly in medicine or engineering.

Samar, 19, said she is hoping there will be a role for her in restoring Mosul’s long-standing reputation as a destination for knowledge and education.

“When I graduate from university, I want to support poor people, because they don’t have money to send their children to school. That’s how I want to participate in improving the lives of people in Mosul. The only way I can do it is by having a job once I graduate.”

Meanwhile, those without the same educational or vocational opportunities are less optimistic about the next few years. Government figures show that 20 per cent of young people in Ninewa governorate, of which Mosul is the capital, are unemployed, although the number is thought to have increased with mass returns in the last two years.[i]

Laith, 23, described how years of conflict still bear consequences for his generation. He said, “Young people don’t do anything all day. They stay home all day. A lot of my friends are staying home. They can’t think beyond today.”

The latest figures show that 100,000 people from Mosul are still in displacement, five years since the city was retaken from IS.[ii] While reconstruction has occurred in some parts of the city, public roads and facilities like hospitals and schools remain heavily damaged, particularly on the west side of the city.

When asked what needs to happen in the next five years for the city of Mosul to recover, people said there need to be more jobs targeting young people, as well as direct cash support for those in poverty. Education remains a priority, as parents and teachers have called for more academic personnel to be recruited and adequately supported and trained.

Photos and videos from Mosul, June 2022, are available for free.

[i] Data from the Iraqi Central Statistics Organization, 2018 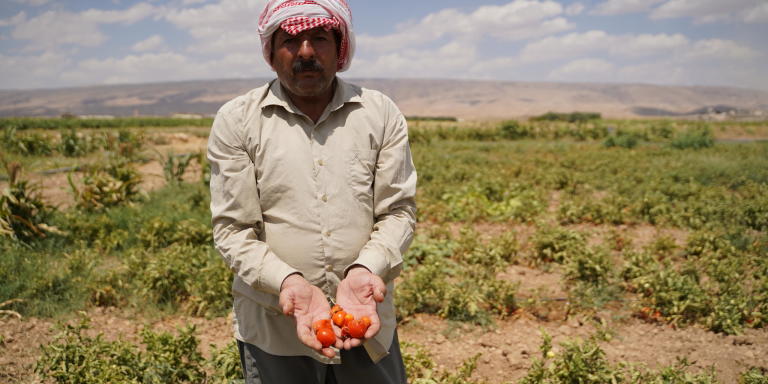