Ukraine: Millions of people would suffer in a renewed conflict

”Communities and families have been divided by the frontline in eastern Ukraine for the past eight years. The decisions of far-away politicians make it impossible for grandmothers to see their children and grandchildren on the other side. With increased military and political tensions, thousands of families will be separated indefinitely.

”There is too little attention to this looming humanitarian catastrophe. Communities are exhausted from the conflict and need humanitarian assistance and peaceful solutions instead of arms. We call on our international partners to support the humanitarian response in Ukraine, nine per cent funded so far, to address existing needs and prepare for emergency response.

”The freezing pensioners I met near the frontline told me they are struggling to survive in their isolated, war-ravaged villages. Tens of thousands have endured almost daily shelling and life with limited or no access to water, electricity and essential services for years. They are terrified about the prospects of a return to full-scale war and feel forgotten amid the high-level political games playing around them.

”While my organisation and our humanitarian partners are ready to respond to increased needs, the international community must ensure that no efforts are spared to find diplomatic solutions to the current situation. Otherwise, we will see more human rights violations, increased suffering, massive forced displacement, and a further worsening of already dire humanitarian needs.” 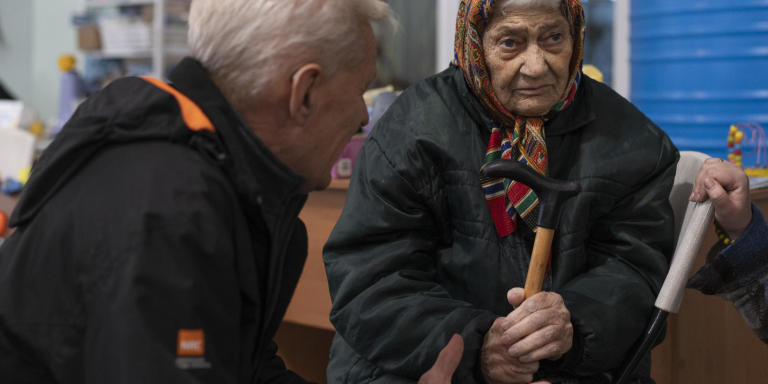