“Tens of millions of people across the Middle East need humanitarian assistance. Most of them are already devastated or displaced by conflict. Another confrontation among international and regional powers would be deadly for aid lifelines on the brink of collapse.

“24 million war-affected Yemenis and 12 million Syrians displaced within the region are extremely vulnerable to any escalation in conflict, sanctions or restrictions on movement. We also see increased anxiety among over 6 million needy Iraqis and 2 million in need of aid in the Occupied Palestinian Territories.

“Sanctions have severely affected our humanitarian work for some of the 3 million Afghan refugees living in Iran. For large parts of 2018-19 we could not find a single international bank able to transmit Western donor money to aid Afghan refugee communities across Iran and natural disaster victims in most affected provinces.

“It is already too difficult and dangerous for our field relief workers to serve vulnerable communities in the Middle East. On behalf of the millions in need that have nothing to do with the political conflict, we urge de-escalation of this confrontation and direct talks among diplomats to find solutions. Do not make a difficult situation impossible.” 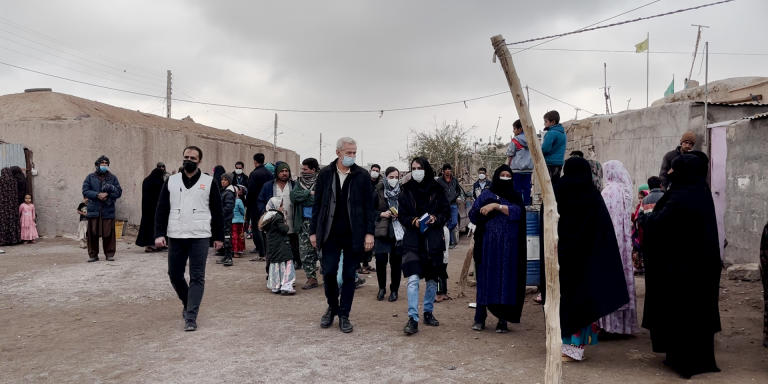