Rebecca Zorn|Published 21. May 2019
Palestine War and conflict
A recent escalation of violence in Gaza has left dozens of families homeless and in need of aid. Within 48 hours of the ceasefire on 6 May 2019, the Norwegian Refugee Council (NRC) was able to provide essential sanitary equipment and emergency bedding to almost 300 people.

Deep cracks coursed through the walls of Nariman’s home in the Shuja’iyya neighbourhood of Gaza City. Broken glass from the shattered windows lay strewn everywhere. To reach her home, she stepped gingerly over shards and rubble.

The 43-year-old mother of four, who only gave her first name, surveyed the damage to her home on Sunday, 5 May, the morning after narrowly escaping an Israeli airstrike. She had received a phone call from a nearby relative to evacuate immediately.

“We just ran out of the house,” Nariman said. “We did not even take our mobile phones, food, or clothes.”

Nariman recalled how her 9-year-old son, Ismail, felt anxious all day that a bomb would hit their home. Their view of a graveyard served as a constant reminder of loss and despair, and he had repeatedly urged his mother to pack and leave.

Out of options, Nariman and her family moved back to their home of 30 years, constructed from cinder blocks with a steel sheet rooftop, despite her worries about its structural safety.

A deadly escalation of violence

A three-day escalation in hostilities between Israel and Hamas, the de facto authority in the Gaza Strip, erupted on Friday evening, 3 May.

The Israeli military reported that Palestinian gunfire had injured two Israeli soldiers that day near the perimeter fence.

Since 30 March 2018, mass civilian protests have been taking place along the Israeli-installed perimeter fence in the Gaza Strip on a weekly basis, with high casualties among Palestinian protesters of all ages.

Before the ceasefire took effect on early Monday morning, 6 May, “Israeli forces struck around 320 targets in Gaza and Palestinian armed groups fired nearly 700 rockets and mortar shells at Israel”, the UN Office for the Coordination of Humanitarian Affairs (OCHA) reported.

Within 48 hours of the ceasefire agreement, the Norwegian Refugee Council (NRC), with the financial support of the Norwegian Ministry of Foreign Affairs, rapidly gathered information about 83 affected families and provided aid, such as kitchen sets, hygiene and cleaning kits, and emergency bedding, to 293 individuals, including 128 children.

A population suffering under siege

Successive hostilities over the past decade have affected communities in the Gaza Strip and Israel, with repeated Israeli airstrikes and incursions alongside indiscriminate rocket attacks by Palestinian armed groups.

For Nariman and her family, the latest escalation was far from the worst.

Since the 2014 Gaza hostilities, which devastated densely populated civilian areas, claiming over 2,000 lives including more than 500 children, her family has never recovered. They scrape by on support from the Ministry of Social Development and whatever Nariman can earn from cleaning homes.

Meanwhile, Nariman’s son Ismail, now in the second grade, often feels afraid and refuses to leave his mother’s side.

Under Israeli siege for over 11 years, 54 percent of Gaza’s population is now unemployed, 53 percent of people live in poverty, and food insecurity has spiraled to 68 percent.

Both the UN and the International Committee of the Red Cross (ICRC) have found that the siege imposed on Gaza constitutes collective punishment. 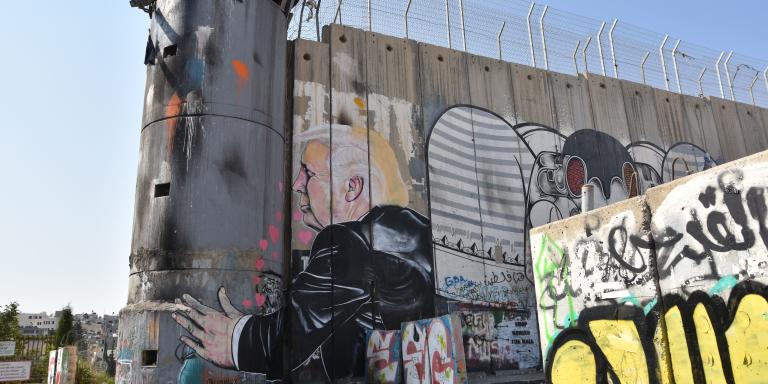 The Trump administration’s Middle East proposal will not resolve the Israeli-Palestinian conflict and undermines chances for a just and lasting peace. 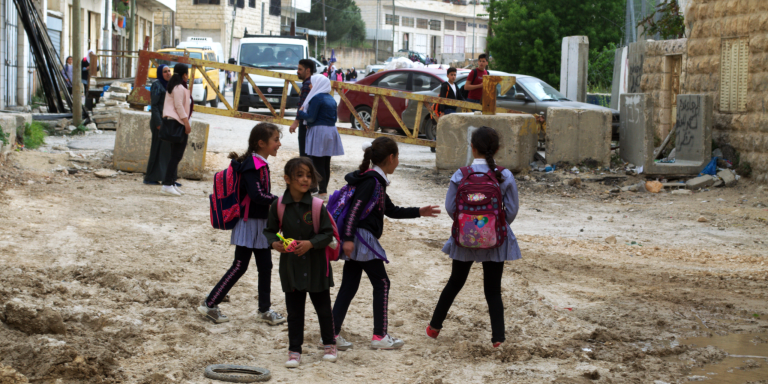 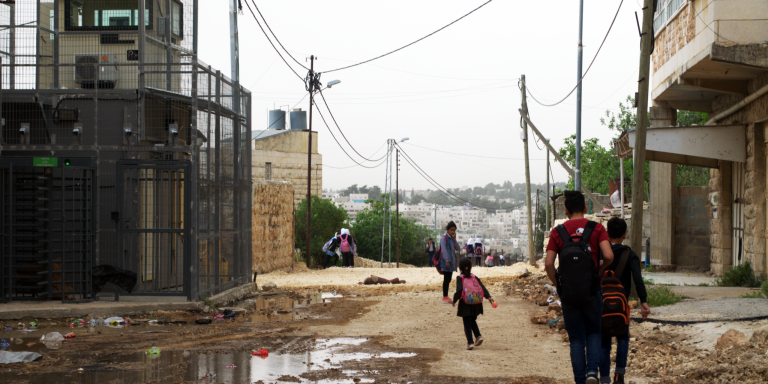 As humanitarian, development, and religious organisations serving Palestinians in the West Bank and Gaza, we fear the US Middle East Plan may spark an escalation in violence and entrench violations of international humanitarian and human rights law.