Published 30. Apr 2019|Edited 29. Apr 2019
Iraq
An estimated 45,000 displaced children in camps are missing civil documentation and may face total exclusion from Iraqi society: barred from attending school, denied access to healthcare and deprived of their most basic rights, the Norwegian Refugee Council warns today in a new report.

“We face a possible human time-bomb. Allowing these children to have an education, healthcare, simply the right to exist, is key to ensuring a sustainable future for them and for the country,” said Jan Egeland, Secretary General of the Norwegian Refugee Council. “A society cannot be at peace if it allows a generation of stateless children in its midst.”

The report ‘Barriers from Birth’ found that children born under IS rule were issued birth certificates by the group that are considered invalid in the eyes of the Iraqi government. Others lost their documentation as they fled. Without a valid birth certificate, one health official reported that newborns are unable to receive vaccinations in some areas, raising fears of new diseases. Children’s enrolment in Iraqi schools also requires ID. Sitting exams or obtaining graduation certificates is often not allowed without civil documentation. As they reach adulthood, these children risk being denied state recognized marriages, owning property or even being formally employed.

The chance of obtaining civil documentation is nearly impossible for children from families accused of IS affiliation, resulting in the collective punishment of thousands of innocent children.

“Children are not responsible for crimes committed by their relatives, yet many are denied their basic rights as Iraqi citizens,” said Egeland.

The number of undocumented children will increase significantly in the coming weeks with the expected return of more than 30,000 Iraqis from Syria, 90 per cent of whom are wives and children with suspected ties to IS militants.

As the Iraqi government and the international community continue to invest in restoring public services and institutions, it is critical to ensure communities most affected by the conflict with IS — many of whom are children — have the documents required to benefit from these services. This will guarantee Iraq’s road to recovery and reconstruction.

“Undocumented children risk remaining left on the margins of society if this issue is not addressed immediately. This seriously undermines future prospects of reconciliation efforts,” Egeland added. “We urge the government to ensure that undocumented children have the right to exist like any other Iraqi citizen.”

For editors:
Key facts and figures:

The Norwegian Refugee Council (NRC) continues to respond to the influx of Syrian refugees in the Kurdistan region of Iraq. 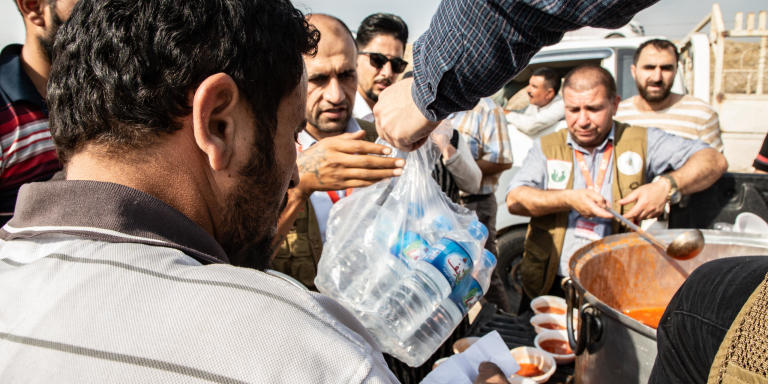 Fleeing for safety before ceasefire ends

Increasing numbers of refugees from North East Syria are fleeing for safety in the Kurdish region of Iraq, afraid of what comes next in their home towns as the ceasefire brokered by the US is about to end.