Published 09. Apr 2018
Palestine
The Norwegian Refugee Council expresses its outrage at the killing of Palestinian civilians in Gaza by the Israeli military, as they protest for their rights, on their land.

The deadly force used by the Israeli military against the people of Gaza is a gross violation of their protections under humanitarian and human rights law and those responsible must be held accountable for their actions.

Among the people killed in the demonstrations was 30-year-old Yasser Murtaja, a journalist who was filming on site last Friday. Murtaja had agreed to document for NRC the bitter prolonged struggle faced by Palestinian refugees in Gaza. The work was planned to start the day after he was killed.

"I talked to Yasser on Wednesday evening by phone, after he came back from the Access Restricted Zone in Gaza where Palestinians were demonstrating," said NRC's Media Adviser in the Middle East, Karl Schembri. "We talked about the stories we wanted to cover - families affected by violence, as well as children again exposed to trauma and their ensuing nightmares. Two days later, he was killed by an Israeli sniper while peacefully observing the demonstrations. He was killed doing his job: recording his people's right to protest for their human rights."

NRC Secretary General Jan Egeland said: "Yasser Murtaja was a civilian and a journalist who was wearing clear press identification while he was filming the demonstrations at the Gaza fence with Israel. He was there because he wanted to document civilians exercising their right to peacefully protest.”

The stories that NRC and Murtaja were supposed to work on focus on the impact of the persistent violence experienced by children in Gaza on their mental health and wellbeing. In Gaza, around 300,000 children are already assessed to be in need of critical psychosocial intervention due to the distress caused by more than a decade of blockade and conflict.

One of the cases documented by NRC is that of 14-year-old Reham, who was attending the Return March in Gaza with her mother, father, sister and two brothers on 29 March, and on 30 March her father was shot in the leg. Reham’s father may now need to have his leg amputated. Since then, Reham suffers from nightmares and is having difficulty in school.

NRC works to address these psychosocial needs in Gaza through its Better Learning Programme, which provides support to students, teachers and caregivers.

“The ongoing and unjustifiable border closure and extreme economic deprivation of civilians in Gaza amounts to nothing short of collective punishment. And now the indiscriminate shooting at peaceful protesters on their land – while running away, while waving flags, while praying, while reporting, while giving first aid and while working on their land – is abominable. This cannot be allowed to continue, and those responsible must be held to account,” Egeland said.

Palestinians in Gaza have embarked on a six-week peaceful protest, called ‘the Great March of Return’, which will culminate on ‘Nakba’ Day (catastrophe in Arabic) on 15 May. This day commemorates the events of 1948 when, following the creation of the state of Israel, more than 750,000 Palestinians were expelled or fled from their homes, to which they have since been unable to return.

Despite the non-violent nature of the protest, the Israeli military shot and killed 16 protesters in Gaza on 30 March and injured over 1,400. Abd Elrazak El Gherbawi, a Gaza resident and employee of the Norwegian Refugee Council said: "Not only are we denied our rights, but we’re killed for asking for them”.

Among those killed was 26-year-old farmer Omar Abu Samour. Omar’s wife says their 2½-year-old daughter keeps asking about where he is as she cannot understand that he is gone. Omar’s mother insists that he was not taking part in the demonstration, but was simply farming his land in the morning, around 700 meters from the border fence.

Jehad Abo Jamous, a 30-year-old salesman, was shot in the head while attending the march with his wife and children. “We went there to prove to the Israelis that we’re steadfast in our connection to land and our desire to return one day” said a relative of Jehad’s.

Jehad was the sole provider for the family; supporting his wife, four children, four visually-impaired sisters, two brothers, a blind father, and his mother. “Now we have no help and no source of income”, said Jehad’s wife. “May Allah help us”.

On Friday 6 April, a further nine Palestinians were killed and more than 1,350 injured in Gaza. Among the dead and injured were journalists, paramedics and children. 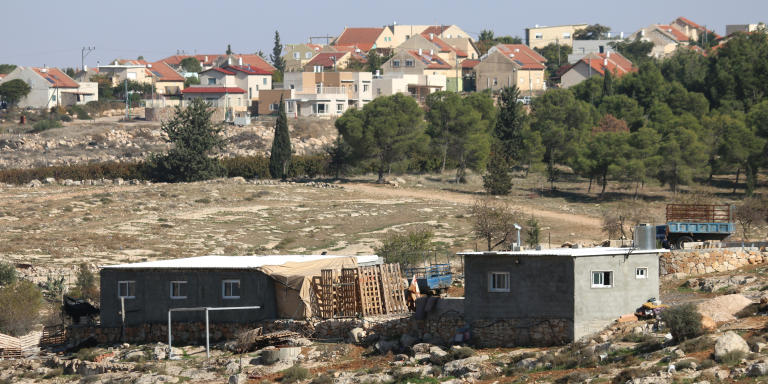