Ethiopia hit by the worst drought in decades

Patrik Ekløf|Published 18. Dec 2015
Ethiopia
“The longer it takes for the humanitarian assistance to reach the people in need, the larger the impact of the drought in the most affected areas of Ethiopia and the region”, says Deputy Secretary General Geir Olav Lisle. He has just returned from a visit to the Sitti Zone in the north-eastern part of the Somali region of Ethiopia.

The visit to one of the worst drought-affected areas of Ethiopia has taken us to Asbuli, four hours by car on poor gravel roads and sand tracks from the city of Dire Dawa, in the north eastern part of the Somali region.

In a good year, the large open plains along the road should be covered in grass, providing grazing for large herds of goats, sheep and cattle - the key livelihood for the pastoralists in this area. But this is not a good year. The plains are extremely dry and look more like a moon landscape. Every other kilometre we pass dead animals and empty dwellings.

People have been forced to abandon these areas. Women and children have taken the families’ few belongings and walked to the nearest villages. The men have started long walks to other areas of Ethiopia, Djibouti or Somalia in the hope of finding better grazing conditions there for their remaining livestock.

Asbuli is a small village with a newly built government clinic and a few clusters of permanent houses built with mudbricks. On the outskirts of the village, near the clinic, more than 1,700 people have settled. They have been displaced by the drought and live in make-shift shelters.

“People started to arrive here six months ago because of the drought. In the past two years, the rains have failed us in this area. Most of the people in this temporary settlement come from places nearby or within two days of walking distance. As the drought has worsened, the number of people arriving daily has increased”, says Moses Omar who represents the local government authorities in the village.

“Water is a big problem. The nearest source is a riverbed four kilometres away”, says Moses Omar. But this water source does not provide enough water for both the permanent residents in the village and the displaced persons. Digging new wells will only be a temporary solution because the ground water levels are falling as a result of the drought. Drilling deep boreholes that can access underground water reservoirs may be the only solution. In fact, we are told that the authorities have drilled for water in the area and have constructed a water access point, but it is not yet in operation.

The high number of displaced children in the settlement has put tremendous pressure on the local school in the village. Before there were 1,070 pupils, now another 684 have been added to the existing classes.

“This is not good for the learning conditions. There are now too many children in each class”, says Moses Omar.

“It is crucial that the drought affected communities in Ethiopia are provided with timely assistance. Lives are at risk and livelihoods are being destroyed in these communities. Gains that have been made through development efforts in these communities over several years are at risk if we are not able to quickly provide humanitarian assistance to mitigate the worst impacts of the drought”, says NRC’s Deputy Secretary General Geir Olav Lisle.

On 11 December, the government of Ethiopia launched the 2016 Humanitarian Requirements Document (HRD) in the capital Addis Abeba. The document paints a grim picture of the humanitarian crisis in the country. Failed rains caused by the El Niño weather phenomenon have led to severe shortages of food and water. Livelihoods are being destroyed because livestock are dying. The number of people requiring emergency food assistance have gone up from 4.5 million in August 2015 to more than 10 million in December. This includes 435,000 children suffering from severe acute malnutrition and who needs urgent nutritional support to survive. More than 15 million people may need emergency food assistance by end of March 2016.

In the HRD appeal, the Ethiopian government and humanitarian partners ask for 1.4 billion USD to respond to the growing humanitarian need in Ethiopia in 2016. According to the UN, it is key that pledges are made without delay because the lead time for procurement of food, which constitutes 1.1 billion of the total appeal, is normally three months. In practice, this means that in order to continue to feed the population in need, UN will have to use part of Ethiopia’s grain reserves to keep the current operation going. And as soon as funds have been pledged, these reserves will have to be restocked. The Ethiopian government has also used 200 million USD of its own funds to respond to the current emergency.

“For many, the current situation brings back memories from the drought in the 1980s, where thousands of people died. The difference now is that the Ethiopian government is fully involved in the response and has built up better preparation systems. But, with this scale of needs, it is important that Norway and the rest of the international community responds to the appeal from the Ethiopian government and humanitarian partners. The risk is that the displacement situation in the Horn of Africa region and the drought in Ethiopia is overshadowed by the Syria crisis, and other emergencies”, says NRC’s Country Director in Ethiopia, Ahmednur Abdi.

About the El Niño phenomenon

A very basic explanation of the El Niño climatic phenomenon: It is a weather phenomenon that occurs irregularly in the eastern tropical Pacific every two to seven years. It occurs when the trade winds that usually blow from east to west weaken. Sea surface temperatures start rising, thus setting off a chain of atmospheric impacts.

The impact of the current, El Niño, is already noted in several countries in the Horn of Africa region. The current started in March 2015. It is increasingly strong and it is expected to reach a maximum intensity in the beginning of 2016. However, the effects of El Niño will likely be felt throughout the entire year.

Over the next 12 months, it will affect the food security of millions of already vulnerable people who are dependent on agriculture and livestock for their livelihood. The effects will be most severe in areas characterised by some of the worst humanitarian and human development indicators in the world. In these areas, many families have already started to adopt a range of negative coping strategies - including skipping meals, selling off assets and pulling children out of school. The number of people who do not have enough to eat in the region could increase by more than 83 per cent by early 2016. In November, the UN estimates that more than 22 million people may need food assistance in the first few months of 2016, up from 12 million people at the beginning of 2015.

El Niño has already caused drier-than-average conditions in Ethiopia, Djibouti, Eritrea and eastern parts of South Sudan. It has also caused flooding in Kenya and in Somalia. UN OCHA reports that the severe and moderate acute malnutrition amongst children has increased significantly in Ethiopia, South Sudan and Somalia. This trend is likely to persist through 2016. OCHA concludes that programmes targeting both the moderate and severely malnourished is critical. Therefore, these programmes need to be scaled up immediately. 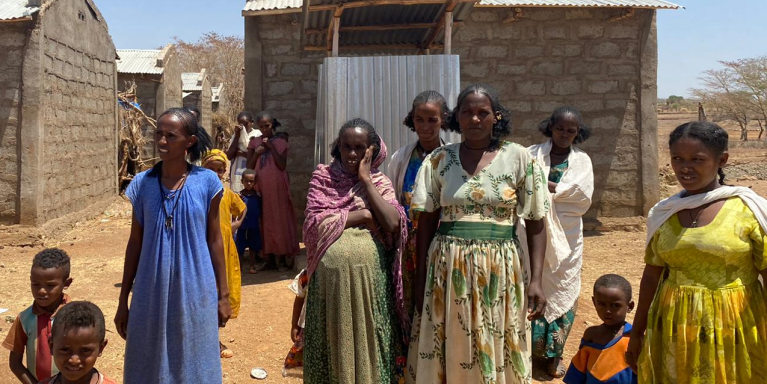 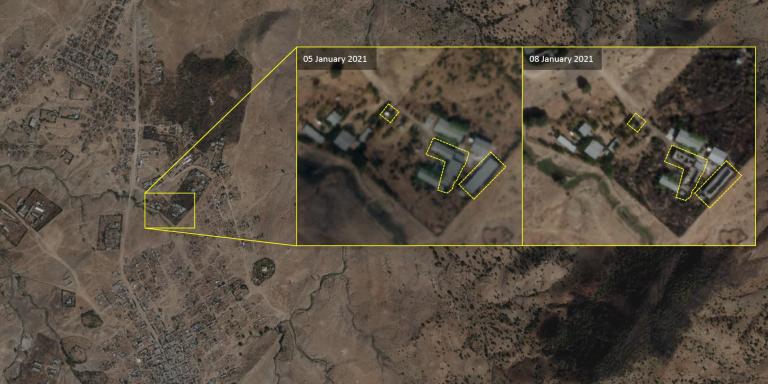