Yemen
Yemen is now the world’s largest humanitarian crisis. Five years of devastating war, economic deterioration and the collapse of public services has left 24 million Yemenis dependent on protection or humanitarian aid for survival. NRC responds to emergency needs in Yemen by providing communities with resources, services and information that enable self-reliance and preserve dignity.

Yemen is now the world’s largest humanitarian crisis. Five years of devastating war, economic deterioration and the collapse of public services has left 24 million Yemenis dependent on protection or humanitarian aid for survival. Houses, farms, hospitals, schools and water systems have been damaged or destroyed. One third of the population – 10 million people – are only a step away from famine.

The dire humanitarian situation in Yemen is an entirely man-made catastrophe. Though the 2018 Stockholm Agreement offered a glimmer of hope, the process has since stalled, accompanied by further conflict in other parts of the country. This included an escalation in the south, culminating in the Riyadh Peace Agreement. Despite a temporary de-escalation towards the end of 2019 and the announcement of several ceasefires, the fighting continues, leaving over 3.5 million Yemenis displaced from their homes.

As the political situation remains extremely fragile, continued support from the international community will be crucial for the 80 per cent of Yemeni people who rely on that assistance.

NRC Yemen assists people who have fled their homes, the communities who host them, and those who return to rebuild their lives.

We not only provide critical emergency aid, but also help with more durable solutions, such as securing new livelihoods. Wherever possible, we use local products and labour, recognising the skills that exist within the communities we support.

The ongoing conflict and constant bureaucratic constraints continue to intensify the crisis and make it challenging for all humanitarian groups to reach affected communities with aid.

The education sector is one of the most neglected areas within Yemen’s humanitarian crisis. Displacement, attacks and misuse of schools have left more than two million children out of school, and over half of all teachers without pay. We continue to work with key ministries, local authorities, children, families and communities to improve access to basic education for children affected by Yemen’s conflict.

People affected by displacement often leave home without documents, which can block them from exercising certain rights or accessing many services. Since early 2018, to fill a significant gap in this area, NRC has provided programmes that help Yemeni people—and particularly women and children—access information, identification papers and legal assistance.

Our ICLA team is currently focused on:

The cost of food has in many places more than doubled since the beginning of Yemen’s conflict, putting even basic supplies beyond the reach of many Yemeni families. Malnutrition and hunger are rife, and more than 600,000 people have lost their jobs. In emergency situations, our teams provide life-saving food supplies, while in more stable areas we are helping Yemenis become self-reliant again.

Shelter is essential for health, dignity, privacy, and protection. But vast numbers of Yemeni people have fled their homes, or had those homes destroyed. From erecting emergency shelters to repairing damaged houses, we improve living conditions for thousands of conflict-affected families. Wherever possible, we use local suppliers and labour, helping local economies to recover.

We invest in creating safe, appropriate living conditions by:

Over 3 million people across Yemen have fled their homes, with most now living in poorly serviced camps or informal sites. Our teams work to protect these families, promote their participation in decision-making processes and ensure that they can access basic services. We help to set up and upgrade camps and to maintain communal infrastructure, including those used by host communities.

Our CCCM team is focused on:

The conflict in Yemen has overburdened water sources and created a widespread breakdown in sanitation services, with catastrophic consequences for public health. Our teams ensure communities have enough safe water for drinking, cooking and personal hygiene, and help reduce outbreaks of diseases like cholera and Covid-19 by repairing sanitation systems, mobiliszing community health volunteers, and supporting rapid response teams.

We save lives and prevent diseases by:

About NRC in Yemen

Reaction to the Yemen Pledging Conference 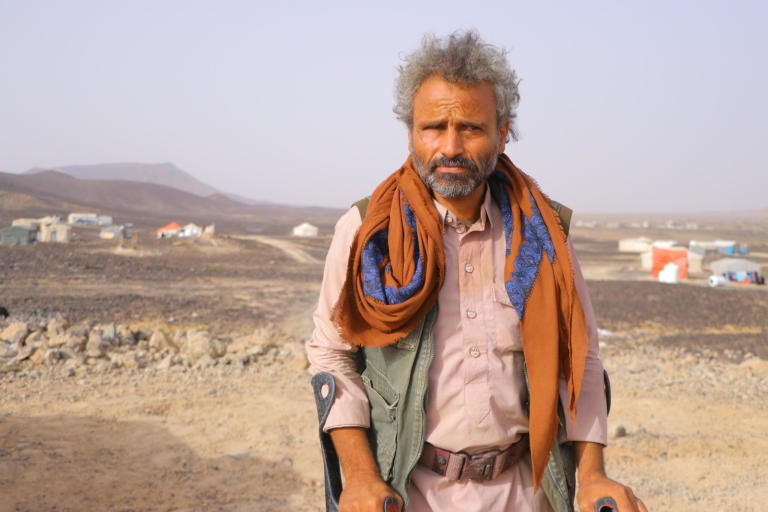 Forced to flee during the “coronavirus ceasefire” 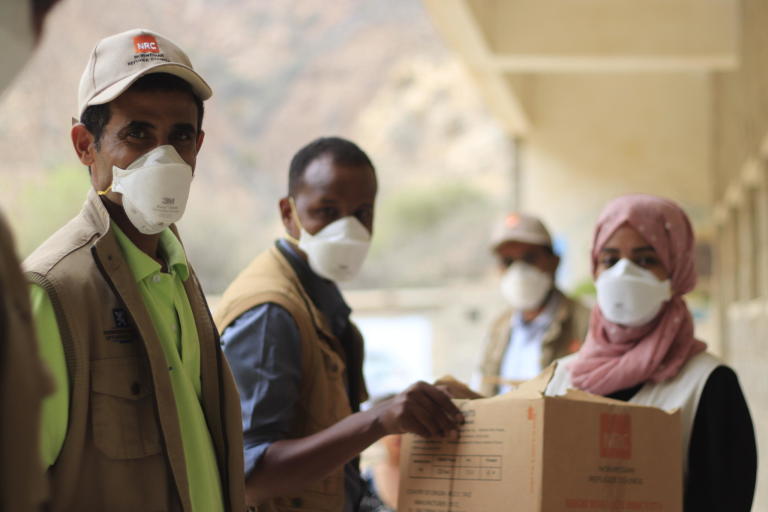 We have no means left to avert a catastrophe, please act now to save Yemeni lives