We have redirected you to a site for your country, if this was not correct, please use the link to go back.
Go back Hide
Report

Ukrainian Homecoming: A Study of Refugee Returns from Poland

Published 05. Sep 2022
Ukraine Poland War and conflict Return
Although UNHCR estimates over 6.6 million refugees from Ukraine remain across Europe, over the last few months more than 4.7 million people have been recorded crossing the border back into Ukraine.

In order to better understand the motivations and needs of people returning to Ukraine, and to inform programming and advocacy in support of those affected by forced displacement, NRC conducted a survey with families undertaking the return journey from Poland to Ukraine. Between July 4 and July 15 NRC interviewed 371 people who were about to board a train to Ukraine from either East or West Warsaw train stations.

50% of survey respondents said their children had not attended school since leaving Ukraine. 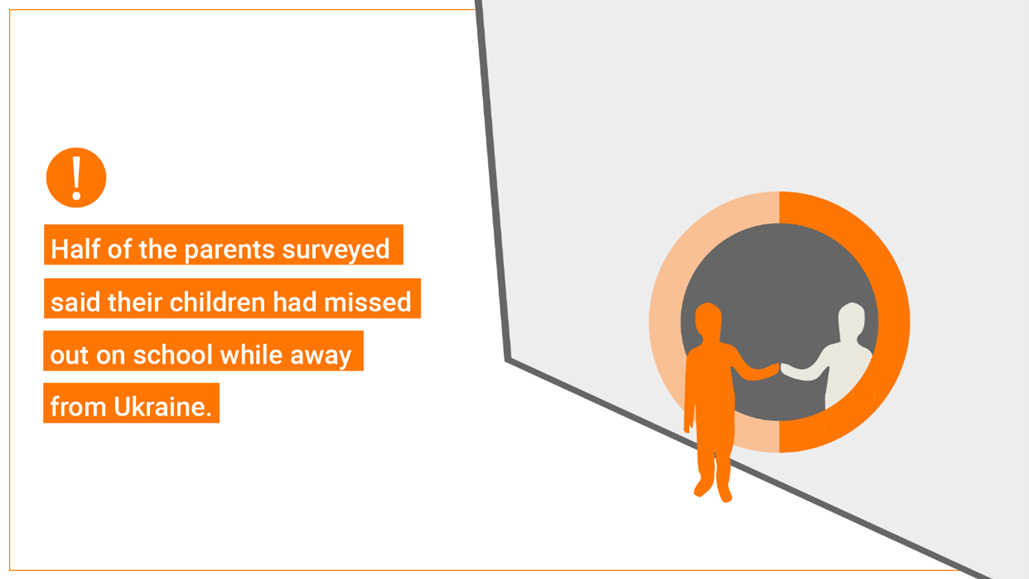 97% of respondents said they felt safe during their periods of forced displacement in another country. 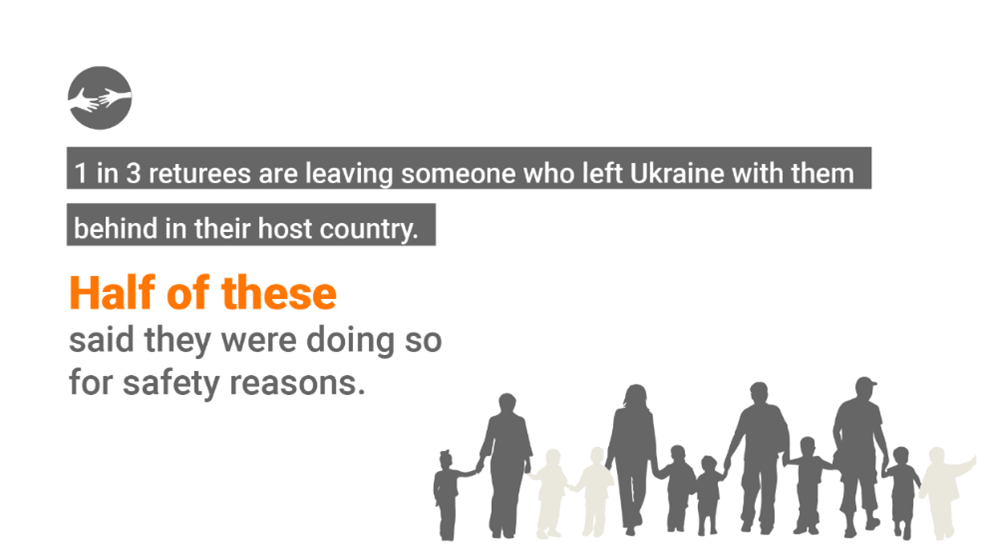 The main factor driving return for a third of respondents was family reunification and the wish to return to their country. 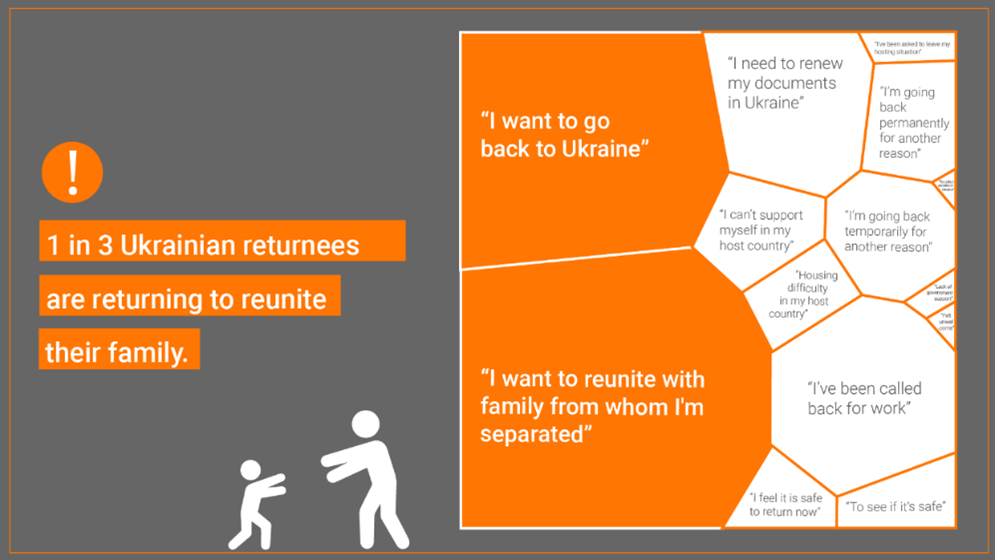 1 in 10 respondents were not returning to their previous home.

93% of the 110 respondents reached by NRC had returned to the same home as before displacement, but 65% were not feeling safe.

The international armed conflict in Ukraine is ongoing and the security situation remains unpredictable across the country due to the risk of active hostilities. Not all refugee returns can be considered safe or dignified, which puts into question their sustainability over the long term. It is clear however, that people do want to return to their homes if they can, and are willing to compromise on security and certainty in order to do so.

Displacement dynamics will remain fluid for the time being as people continue to leave Ukraine at the same time others return. Support and assistance should therefore remain flexible to meet a variety of needs and intentions, which may shift over time.

Read the full report to find out more.

Ukrainian Homecoming: A Study of Refugee Returns from Poland
1.1 MB