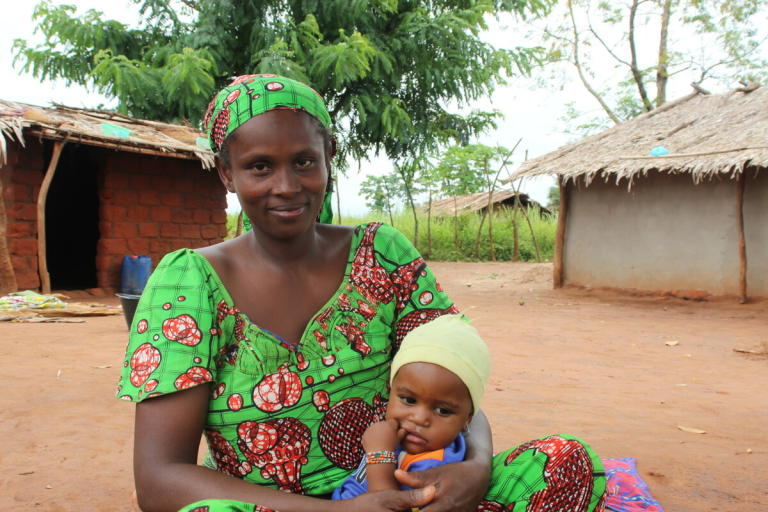 Chanel Igara Published 14. Dec 2022
Central African Republic Cameroon Durable solutions War and conflict
Read caption Photo: Chanel Igara/NRC
Insults, threats, and a dark climate of mistrust. This was the unfortunate welcome that greeted Ramatou after she returned to her village in the Central African Republic (CAR) after fleeing violence six years earlier. Today, with the help of the Norwegian Refugee Council (NRC) and the Norwegian Ministry of Foreign Affairs (NMFA), Ramatou and those in her community are healing wounds through dialogue.

In 2015, when clashes took hold of her village, Babaza, in the Central African Republic (CAR), Ramatou was forced to flee. She crossed CAR’s border with neighboring Cameroon and took refuge at the Lolo refugee camp in Eastern Cameroon, 100 km away. Six years later, when the security situation in her village had improved, she decided to return home. But what she found upon her return was not at all what she had hoped for.

Ramatou belongs to a minority ethnic group in Babaza that is blamed for the violence that swept the village. Ramata returned home to find that although the fighting was over, years of conflict had sown a deep mistrust between members of different ethnic groups, a mistrust that had yet to die down.

Ramatou did not feel safe when she went to the market or to the hospital. She worried that her neighbours would do her harm.

“
"When I returned to Babaza, everything was much more difficult than I thought. People were laughing at me or insulting me. It was a really scary situation and I saw no way out for me or my family."
Ramatou

Community tensions in Babaza are rooted in the trauma of the violent conflict. Until that trauma is addressed, life in Babaza and villages like it cannot return to normal. The Norwegian Refugee Council (NRC) in CAR is involved in attempts to resolve community tensions by promoting social cohesion through community dialogues. With support from the Norwegian Ministry of Foreign Affairs (NMFA), our mediation team in CAR set up local ‘protection committees’ to help provide communities with the tools needed to rebuild community ties.

These protection committees bring together village members from all ethnic groups to discuss their grievances in a safe space and to jointly pursue plans to move forward together as a community.

Désiré, 42, is the president of one such protection committee in Babaza. According to him, the efforts are already bearing fruit.

“
"When I was elected president of the Babaza protection committee, there was a climate of mistrust between the returnees who came back from Cameroon and those that remained behind. The situation was tense, but with the dialogue that has already taken place, things have improved today."
Désiré

"After I participated in the dialogues, I felt much safer. My family is not so scared anymore, because we are able to live together much more peacefully. Even our neighbours are kinder to us," she says.

While there is a long way to healing the wounds that years of conflict created, social cohesion efforts such as these are crucial to making a lasting peace a reality.