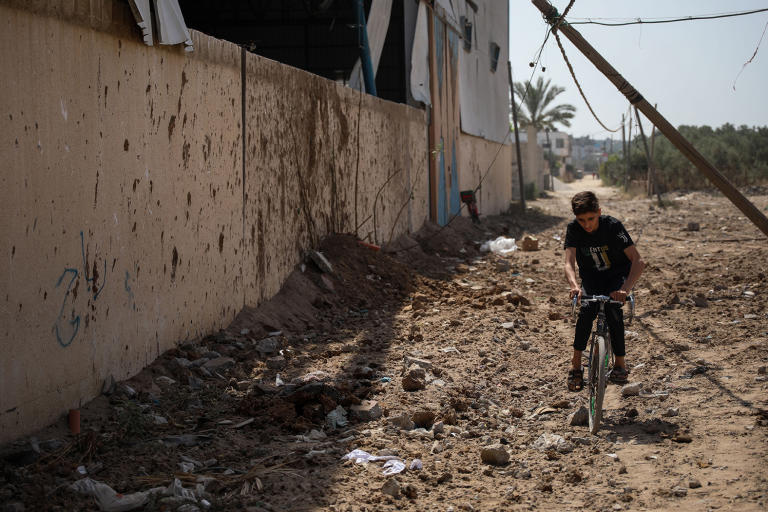 Stop the provocations and spare Palestinian and Israeli civilians

Twenty-six people, including nine children, have died in Gaza since Monday night, with 122 injured, according to the Palestinian health ministry. Local media reported at least two Israelis have died and 31 have sustained injuries, among them five children.

“Palestinian and Israeli children always pay the heaviest price in these outbreaks of violence, leaving them not only physically scarred but also emotionally damaged,” said NRC Secretary General Jan Egeland.

“We call on all parties to the conflict to stop the provocations and to ensure that civilians are protected. We urge the international community to use all its influence to end violations of international law, including the forced evictions in Sheikh Jarrah, and to get all parties, Israeli and Palestinian alike, to step back and prevent suffering and loss of life.”

Communities in Gaza and Israel have been impacted by a series of hostilities over the past decade, including three major Israeli military operations, along with repeated Israeli airstrikes and incursions against Gaza, and continued indiscriminate rocket attacks by Palestinian armed groups on Israel. There is still time now to avoid further escalation and prevent suffering and loss of life.

Tension has been building for weeks during the Muslim holy month of Ramadan, amid clashes between Israeli forces and Palestinian protesters taking place in and around Jerusalem’s Old City and Sheikh Jarrah neighbourhood.

Israeli police have stormed into the Al-Aqsa Mosque on the compound known to Jews as Temple Mount and to Muslims as the Noble Sanctuary. Hundreds of Palestinians have been injured, with Israeli police firing tear gas, stun grenades and rubber-coated metal bullets, and spraying a foul-smelling liquid known as skunk water.

In Sheikh Jarrah, where forcible evictions loom over Palestinian families, protests have devolved into confrontations with Israeli police and settlers. A settler group has submitted plans to build a new settlement with some 200 housing units in the area.

On Sunday, Israel’s Supreme Court postponed an appeal hearing of four Palestine refugee families for up to 30 days and ordered a stay on their eviction. The outcome of the eviction lawsuits against these four families will likely also affect three other families with similar circumstances.

The UN Office for the Coordination of Humanitarian Affairs (OCHA) estimates that some 218 Palestinian households in East Jerusalem have eviction cases against them, most of which were initiated by settler organisations, placing some 970 people, including 424 children, at risk of displacement. Since 2017, 15 families have been evicted from their homes in Jerusalem’s Old City and the neighbourhoods of Sheikh Jarrah and Silwan. In many cases in eastern Jerusalem, the forced eviction of Palestinians occurs within the context of Israeli settlement construction and expansion.

Israel, as a state party to the Fourth Geneva Convention, has an obligation to protect occupied civilians and refrain from transferring populations in or out of occupied territory.

The international community must prevent the forcible displacement of these Palestinian families and demand Israel seizes advancing settlements in East Jerusalem. Such settlements cause irreparable damage to the prospects of a viable Palestinian state and the resolution of the question of Jerusalem.

“I always think about how [the evictions] will happen, and where will we go, and how will our life be, and where will my children go,” says Salwa Skafi, the head of her family. “I cannot imagine being evicted from my house. I will not leave this area. I will remain steadfast.”

Background on Jerusalem, including Sheikh Jarrah