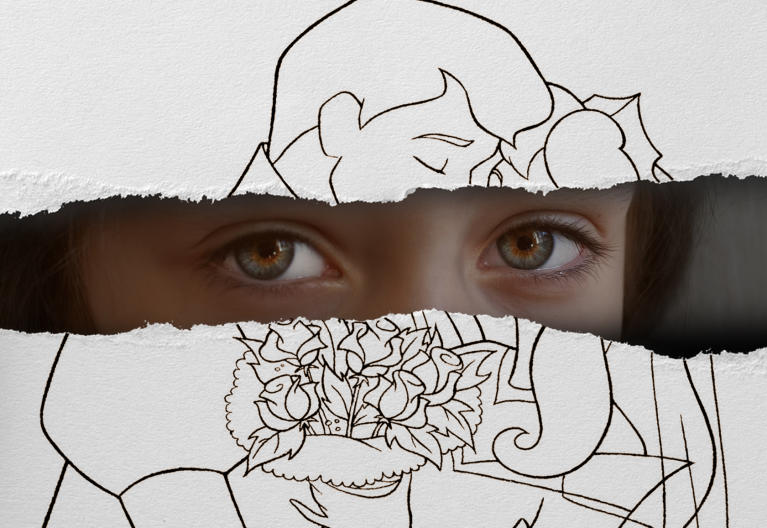 Rebecca Crombleholme Published 28. Aug 2020 Edited 25. Aug 2020
Syria Children Gender Youth
Read caption As the instability continues in Syria, child marriage is increasing. Image: NRC
When Soaad was a child growing up in pre-war Syria, she dreamed of one day becoming a paediatrician. But after her family home was bombed, she was tragically forced down a different path. This is her story.

Soaad was in grade seven. She loved school and had big ambitions for the future. When violence broke out in her hometown, it changed everything. Her family home was destroyed, and her father was killed. The remaining family members no longer felt safe and fled to another governorate.

“My mother became a widow, which is not socially acceptable for a woman,” she recalls. “She was forced to marry my cousin from my father’s side. I didn’t accept the idea of her getting married and him taking my father’s place. My mother married him to support us and be the provider.”

Violence in the home

“Since then, my life has changed as a result of the beating and the pain I have endured from them both,” she says. “My mother didn’t have any other choice. [Her husband] hit her if she defended me. I couldn’t adjust to this new life, unlike my younger brothers.”

“
My life has changed as a result of the beating and the pain I have endured from them both.

After the family was forced to flee, money became extremely tight and Soaad had to drop out of school. To ease the financial burden, Soaad’s mother and stepfather decided it was time for her to get married.

“I tried to tell my mother that I didn’t want to get married but she used to beat me a lot until I said yes. I was 11 years old,” she recalls.

“When my fiancé used to visit us, I told him ‘I don’t want to marry you’. He told my mother and she used to beat me after he left. This situation continued for a year and a half. My fiancé was 18 years old at the time. Every time I tried to say no, [my mother] hit me and said that this was my fate and that there was no escape from it.”

“
I tried to tell my mother that I didn’t want to get married but she used to beat me a lot until I said yes. I was 11 years old.

Eventually the engagement was called off and the family moved again to another governorate.

“We lived there for a while and my younger brothers started going to school. I wanted to go too but my mother and her husband didn’t allow me because I am a young girl, and young girls shouldn’t leave the house.”

After three months living in this new location, Soaad was forced into another engagement. This time to a 35-year-old man. “He was divorced and had children,” she says. “My mother liked him because he had money, unlike us. We were poor.”

When Soaad was 13 years old, her mother and stepfather coerced her into marrying the much older, divorcee. She was now free from the violence in the family home, but her life did not become easier.

“
My younger brothers started going to school. I wanted to go too but my mother and her husband didn’t allow me because I am a young girl.

“I wasn’t a wife. I was a maid for him and his children. He took away my freedom and favoured his children at the expense of my rights.”

Soaad’s mother moved yet again after a year and has not been in touch with her since. Soaad has a sister who was also forced to marry early.

While still in her teens, Soaad gave birth to two children. Her husband then remarried his ex-wife in addition to Soaad. Soaad now lives with her husband, their two children, his ex-wife and the children of his ex-wife.

At present, her husband is not employed. Their financial situation – like the majority of Syrians across the country – is dire, and they often borrow money to make ends meet. They have now moved to live in a displacement camp. As the value of the Syrian pound had plummeted, buying basic food items and paying rent has become impossible for displaced families.

“
I need my husband and community to accept the idea that I am a mother who wants to complete my education.

Soaad is often prevented from leaving her home or from furthering her education. She still suffers from physical abuse, and hungers for a chance to learn and work.

Hope of a new life free from suffering

Soaad has recently been able to attend short training courses with a local organisation. The opportunity to learn new skills has left her feeling less isolated and more optimistic about her future.

She describes her idea of a positive future: “Leaving my married life and living with my children. Improving my ability to build a new life free of suffering. An independent life free from fights and beating, with me engaging in work to provide for my children, with stability away from war.”

Soaad shared her story with us for our “24 under 24” youth report. Read the conclusions of this study.

Read about our work in Syria