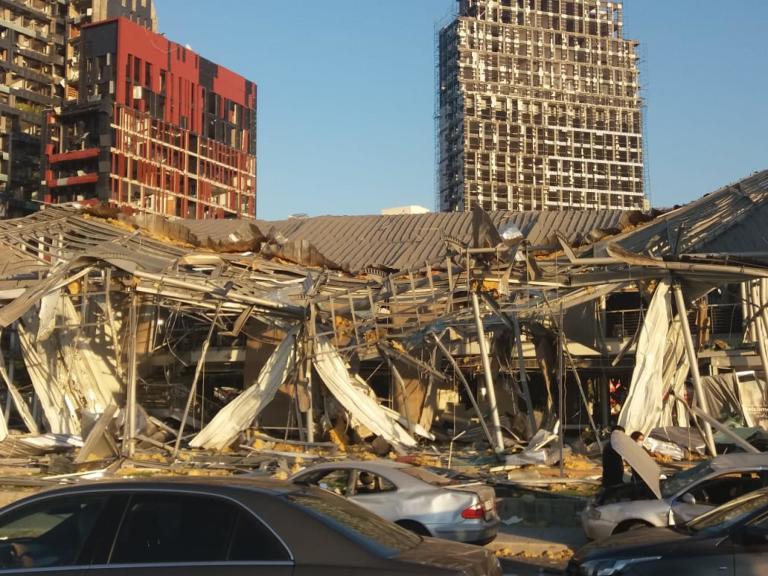 
Beirut: Hundreds of thousands made homeless in an instant

By Rebecca Crombleholme Published 06. Aug 2020
Lebanon Cash and voucher Shelter and settlements Water, sanitation and hygiene promotion (WASH)
Read caption Homes across the city have been destroyed by the explosion. Many of our staff members have reported serious damage to their houses. Photo: Racha El Daoi/NRC
“Entire neighbourhoods have been wiped out,” reports Elena Dikomitis, our advocacy manager in Lebanon. A massive explosion hit Beirut port on the evening of 4 August, causing extensive damage to the entire capital city.

At least 130 people have died, dozens are still missing and more than 5,000 have been injured, with untold damage to buildings across the city.

“This catastrophe comes at the worst possible time for Lebanon. The country is dealing with an unprecedented economic crisis and the outbreak of the coronavirus,” says Dikomitis. Services are overstretched. A very high number of injured people are now being treated in hospitals where capacity has already reached its limits.

Our Secretary General, Jan Egeland, said: “We stand with Beirut's people. We will stay and deliver relief to increasingly vulnerable Syrian and Palestinian refugees, as well as the rising numbers of Lebanese in need due to the economic meltdown. Our immediate concern is the acute needs of families affected by this terrible disaster.”

We call on the international community to extend and scale up the support to Lebanon during these extremely difficult times.

Responding to the catastrophe

We have a response team out on the streets of Beirut assessing the needs of people in the most affected neighbourhoods. The most urgent needs include shelter repairs and cash for rent for those whose homes have been entirely destroyed. At least 300,000 people have been made homeless in an instant. We are also assessing other needs, including damage to water tanks and latrines, to ensure that people can live in dignified shelters that are structurally safe.

There is also concern over further food shortages as the port area that was destroyed was the primary entry point of grain supplies to the country and regularly stores approximately 85 per cent of Lebanon’s grain reserves.

“It is difficult to see how this city will rise again. The need for help is enormous,” says Elena.

Our response to the Beirut explosion is made possible thanks to the generous support of people like you who have donated to our fundraiser. We would also like to thank the Norwegian Ministry of Foreign Affairs, the German Federal Foreign Office, European Civil Protection and Humanitarian Aid Operations for their support.