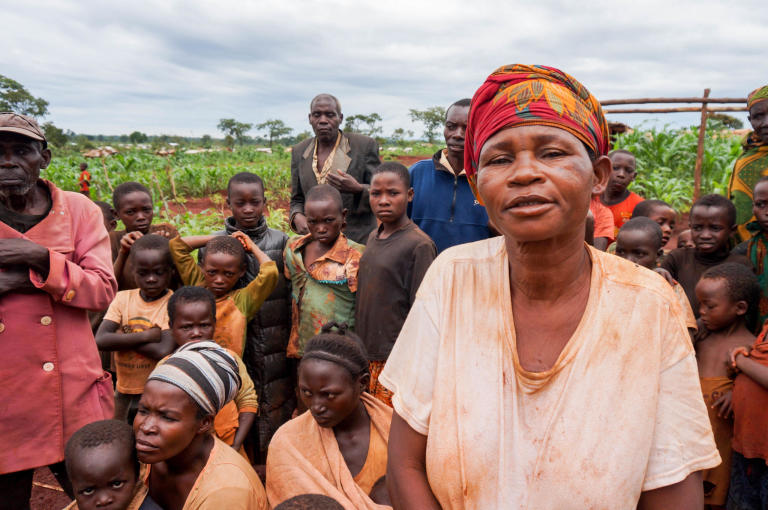 6 things to know about refugees in Tanzania

Guri Romtveit Published 06. Mar 2019
Tanzania Global displacement overview
Read caption Paulina, 51, is a refugee from Burundi. Her husband was killed during the conflict. “When I lost him, I had no hope to stay,” she says. Photo: Guri Romtveit/NRC
Your mind might jump to safaris and beaches at the mention of the East African country, but Tanzania is also a key host for refugees from its neighbouring countries.

Here are six key facts about the situation:

1. Tanzania is one of the world’s most generous refugee-hosting countries

In total, 335,000 refugees live in Tanzania. The 2015 elections in Burundi sparked widespread insecurity and a new influx of refugees into Tanzania. Old refugee camps were re-opened and new ones built.

Though Burundian refugees are in the majority, around one quarter of the refugees hosted by Tanzania are from the neighbouring Democratic Republic of the Congo. In DR Congo, conflict and widespread insecurity has forced millions to flee their homes, some of them making their way across Lake Tanganyika to Tanzania.

Instability in the neighbouring countries means that organisations constantly need to prepare for more refugees, although borders are mostly shut.

2. Tanzania has hosted refugees for a long time

Tanzania has traditionally been very welcoming to refugees. Three decades ago, over one million refugees resided in the country. Because of Burundi’s civil war in the ’90s, caused by the conflict between the Hutu and Tutsi ethnic groups, hundreds of thousands of people fled to Tanzania.

Although most returned or received citizenship in Tanzania, some of these people still live in camps today.

3. Refugees are not allowed to leave the camps

The majority of refugees reside in three refugee camps, Nyarugusu, Mtendeli and Nduta, located in the north-western areas of the country. The refugee camps are full, and refugees are not allowed to leave the camps to work, trade or go to school.

Tanzania has signalled it will prioritise returning refugees to their home countries over local integration, which forms part of the reason for the strict encampment policy. The consequence, however, is fewer opportunities for refugees to make a living or contribute to Tanzania’s economy.

4. It’s becoming harder and harder to be a refugee in Tanzania

Last year, Tanzania withdrew from the Comprehensive Refugee Response Framework (CRRF), an initiative aimed at finding solutions for refugees and improving the situation in refugee-hosting countries, including enabling refugees to integrate into the local economy. The withdrawal has contributed to massive underfunding of aid to refugees in the country.

The government of Tanzania has made life more difficult for refugees in the camps, restricting income-generating activities and making it harder to make money within the camps, for instance by closing markets.

Last year, donations amounted to just 27 per cent of the funds needed to assist refugees in Tanzania. This has caused massive shortcomings in terms of water, sanitation, shelter and education for refugees in the country. Refugees are desperately in need of serious support across all sectors, and 231 million dollars are needed to cover some of the most basic of these needs.

6. For every classroom that exists, there is a need for eight more.

Overcrowding and a shortage of classrooms in Tanzania keep many displaced children from getting a good education. NRC is working to increase the space available for learning, and we’ve built 19 classrooms for formal and non-formal education.