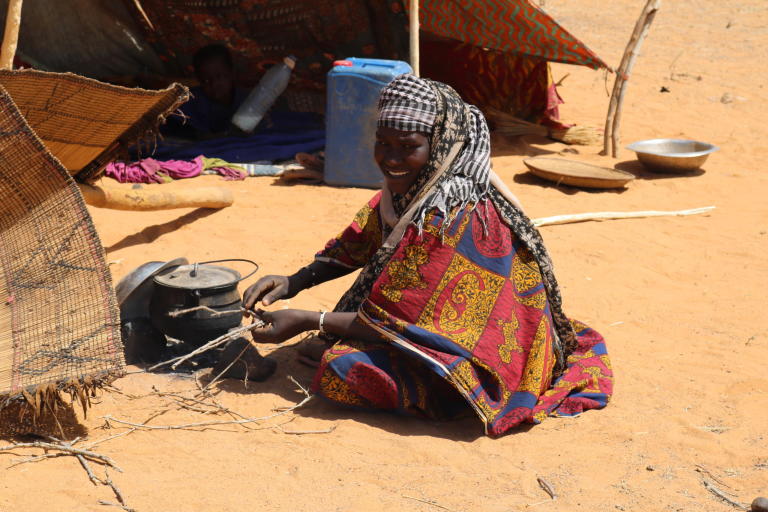 
2018 the most violent year since conflict began

What you should know about the situation in Mali

Mali is named after the Mali Empire, which was one of the world’s largest states in the 14th century. Today, it is a landlocked state in the Sahel region of western Africa. The country is poor and over half of it is covered by desert. The Niger river runs through central parts of the country, where most of the population lives.

One third of Mali’s 18 million inhabitants currently live in cities, and this proportion is increasing rapidly. The average life expectancy is 53.

The conflict in Mali has been going on for seven years. Thousands have been forced to flee, and the conflict is listed as one of the world’s most neglected displacement crises.

The number of people forced to flee their homes in Mali increased by 360 per cent last year because of violence and military operations, according to a new report by the Norwegian Refugee Council’s Internal Displacement Monitoring Centre (IDMC). The number of people displaced has continued to increase in the first months of 2019, resulting in alarming humanitarian needs.

Why is there conflict?

In 2012, the nomadic Tuareg people started a rebellion in the northern part of the country. They wanted an independent state after decades of marginalisation. The rebellion was linked to the increased availability of weapons and fighters who “came home” after the fall of Gaddafi in Libya. It was quickly taken over by extremist groups.

Until France intervened in January 2013, Mali was in practice divided in two. Armed groups controlled the north of the country and the government controlled the south. After French forces expelled the armed groups from the northern towns, the UN Security Council decided to send in peacekeeping forces.

Since 2015, violence has spread to new areas of the country and the current violence in central Mali is quite recent. The centre is a fertile region where ethnic groups coexist with complementary, but occasionally conflicting, socioeconomic traditions. In times of violence, when the state is no longer present and customary authorities are contested, local communities no longer know where to turn to arbitrate on and solve disputes. The presence and spread of armed groups are feeding into this cycle of violence.

There is no political solution in sight, and the armed groups have not been weakened – on the contrary. It is particularly disturbing that the violence is increasingly taking the form of a conflict between different ethnic groups.

The struggle for scarce resources between groups is a recurring theme in several of the countries in the Sahel. When the authorities have no presence and the judicial system is unable to deal with local problems, countries find themselves open to armed groups looking to take advantage of the situation.

The French forces prevented armed groups from taking over the government in Mali in 2013, but have failed to prevent the violence from spreading from the north to more central areas. The various conflicts have already crossed into neighbouring Burkina Faso, Niger and Benin.

Over 133,000 people were forced to flee their homes in north and central Mali in five short months between January and May 2019 as a result of increased violence and military operations.

Many who fled from Mali after the Tuareg rebellion in 2012 are still reluctant to return home due to destroyed infrastructure and lack of basic services. A staggering number of schools are still closed, and freedom of movement is challenging due to the continued insecurity.

What needs to happen?

To reduce the number of displaced people, military operations must be conducted in a way that does not cause more displacement and worsen the humanitarian situation.

Over the past year, the Norwegian Refugee Council (NRC) has been sounding the alarm about the deteriorating humanitarian situation in Mali. We have warned that the military response risks making the situation worse and that the investments are totally out of proportion.

Funding for emergency aid has not increased in line with need. As of May 2019, less than 20 per cent of the funds needed to finance humanitarian aid work have been raised. That means that millions of people will not get the necessary and timely assistance they need.

It will be crucial to initiate dialogue and move forward in the peace agreement implementation. If trust is not restored between the different groups and between the authorities and society, Mali faces a further deterioration of the situation. To face the current humanitarian crisis, assistance must be ramped up. Local and state authorities should prepare to step in to fulfil their primary role of service providers and put in place measures to protect all of their citizens.