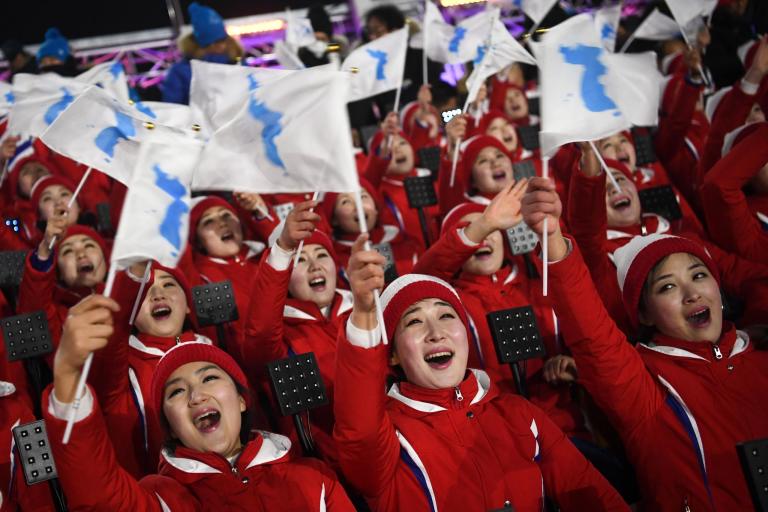 The Winter Olympics in South Korea:

In the Olympic spirit, North and South Korea have set aside their disagreements while the winter games take place. RICHARD SKRETTEBERG, who for years has followed the conflict, explains what you need to know about the two countries.

This January, after months of tension on the Korean peninsula, North and South Korea agreed to a surprising and ground-breaking deal preceding the winter Olympics in Pyeongchang. For the opening ceremony, 22 athletes from North Korea  marched alongside the South Korean delegation. The parties also agreed to march under the Korean Unification Flag, which bears an image of the Korean peninsula.

This thaw between North and South Korea, after months of tension, is a positive development, but we're still a long way from a real détente and a united Korea.

Although many Koreans see themselves as "one people – one nation", 70 years of separation have led to large differences. An obvious difference is the vastly different societal structure, but the gap in culture and language has also grown.

North Korean refugees in South Korea often experience being looked down upon as simple or uneducated because they speak "pure" Korean, and don't use the English loan words especially popular with South Korea's more recent generations.

The humanitarian situation: According to the UN, two out of five people are malnourished. About 18 million depend on humanitarian aid. Drought, as well as sanctions imposed in 2017, have made the conditions even worse.

North Koreans abroad: According to the UN, at least 50,000 North Koreans are guest workers abroad, most of them in Russia and China. They are legal residents in the countries they work in and are sending much-needed foreign currency back to North Korea. With the new sanctions imposed, these people may risk having to go back home.

To be tall, light-skinned, fluent in English, well-dressed and well-educated indicates status in South Korea. North Koreans don’t possess these traits, and therefore face significant challenges upon finishing the three-month retraining that all refugees must complete. When these refugees complete the initial process, they are given an allowance, but many fall between the cracks in the system, and eventually start thinking of the family they left behind, afraid they are being punished for their crime of leaving. They also think about the camaraderie they were a part of in the prevailing structure of the north.

There is one common thread, however, that resides in the feelings of many Koreans, from both the north and south, which is they, despite the outsized impact their conflict has on the globe, are the small actors, compared to Japan, China and the US.

After the collapse of the Soviet Union and the 1994 death of North Korea’s founding leader Kim il-Sung at 82, North Korea came to a halt. His death was just in time to preserve some posthumous legitimacy for himself. All adults in North Korea remember that day. Across the country, people gathered around bronze statues of their great leader, and laid down chrysanthemums, the flower of grief in Asia. The nation's father was dead, but he was declared their Eternal President. To underline the eternal power and legitimacy of the founding line, Kim il-Sung’s son Kim Jong-Il, was installed as his dynastic successor.

At this time, North Korea stopped receiving Soviet subsidised goods, cheap oil and spare parts for their industries. In addition, crop failures and natural disasters descended upon the nation, and darkness literally fell over the country. Night-time satellite images from eastern Asia showed an area almost as large as England in almost complete darkness.

Everyday life drastically changed for North Koreans. The country quickly went from being a developed state to a disaster of neglect and mismanagement. Average income fell from 2460 dollars in 1991 to 719 dollars in 1995.

The public system of distribution collapsed, and in 1995, the UN was welcomed into the country. By then, survival depended on how resourceful people managed to be.

Meals became fewer and poorer. Many schools stopped providing food for students. The availability of rice decreased, and people would instead use grass and plants in their soup. Everything edible, even frogs and small birds, were captured for consumption.

Rice and food is the same word in Korean

In Korean, the word Bap is used for both rice and food, illustrating rice’s role as the staple of the Korean diet. When a crop disaster consumed the country’s food basket, however, rice, as mentioned above, became scarce. Throughout the 1990's, between 600,000 and 2 million people died from the extended famine. The exact number is unknown. They died of starvation, but also from disease, including common infections made worse by malnourishment. Diarrhoea became dysentery. A cold became pneumonia. Lack of electricity caused the collapse of the sewage system, which in turn led to outbreaks of potentially deadly, salmonella-caused typhoid fever. These diseases are all curable with antibiotics. The problem was, however, that antibiotics were also unavailable.

With the mounting hardships, it now became impossible, even for the draconian North Korean regime, to restrict the movement of their people. From 1999, more and more North Koreans began crossing the border rivers of Tumen and Yalu into China. The number of North Korean refugees hiding in China is estimated to be between 50,000 and 200,000. Although China has signed the UN convention relating to the status of refugees, the Chinese government sees these people as migrants without residence permits, and they are not allowed to apply for asylum. All who are caught are returned to North Korea, where they at best risk several years in labour camps and at worst, death.