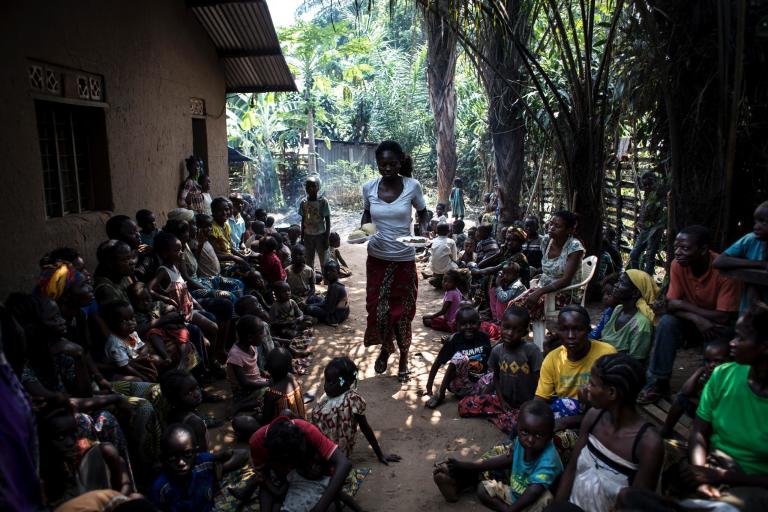 This is an opinion piece by Ulrika Blom, NRC's country director in DR Congo, previously published by the Thomson Reuters Foundation.

The Democratic Republic of the Congo must brace itself for massive food crisis.

DR Congo made headlines this year as it topped the charts for the world’s highest number of people fleeing conflict internally. This year could see things really fall apart as a looming food crisis threatens to tip the country into a full-blown humanitarian catastrophe.

Nearly half of DR Congo’s 26 provinces are affected by inter-communal conflict, armed violence, natural disasters and disease. As the one-year anniversary of the Kasaï conflict nears, over 1.4 million people have been displaced in the turbulent region alone.

The violence is having a rippling effect on communities. Families are unable to access their land during armed fighting, and as a result are being pushed deeper towards vulnerability.

Food security data on the Kasaï region shows an alarming change from last year. Our assessments of Kasaï-Central province found a Food Consumption Index level of 18. This is far below the United Nation’s acceptable level of 42.

In addition, in several areas in the region the food security situation has reached emergency level, and many others are at crisis level – a serious deterioration compared to last year.

The first two shorter planting seasons this year in the Kasaï region have largely been missed, and people are rapidly running out of food to sustain themselves.

Families in Kasaï have told us they’ve have taken to eating the grains they would normally reserve for sewing in the planting season to avoid hunger. This survival technique will have long-term consequences. If people have no grains during the planting season, food insecurity will deteriorate further.

To make matters worse, international funding is failing to catch up with rising humanitarian needs. Only 11 per cent of the UN’s April flash appeal for Kasaï has been funded, despite rapidly increasing needs. The amount received amounts to less than US$10 per person targeted.

The situation is little better for the country overall. Over halfway through the year, less than a quarter of the UN’s DR Congo aid appeal has been funded. This is despite a staggering 7.3 million people estimated to need humanitarian aid.

Families in Kasaï have told us they’ve have taken to eating the grains they would normally reserve for sewing in the planting season to avoid hunger.
Ulrika Blom, NRC's country director in DR Congo.

Three concrete things must happen to prevent a humanitarian disaster:

First, we must move beyond just handing out food. Donors must provide increased and more flexible funding to organisations on the ground. Priority should be given to innovative cash programmes. For example, mobile phones that allow people to pay for food and household items in local markets. This enables families to decide how best to provide for themselves, and keeps the local economy alive.

Second, organisations must step up support to sectors connected to food security and livelihoods. This means providing legal advice to displaced communities to help them access temporary land. It means providing seeds and tools so people can plant when emergency food interventions end.

Lastly, organisations need to start thinking about longer term solutions now, so that when the conflict subsides people can start to rebuild their lives. Donors should fund programmes such as education, so that children are more likely to continue school later on.

2017 has already seen an outbreak of famine in South Sudan, and looming famine in Somalia, northeast Nigeria and Yemen. Kasaï is poised to be the epicentre of the next food crisis if the toxic mix of conflict and underfunding continue unabated.