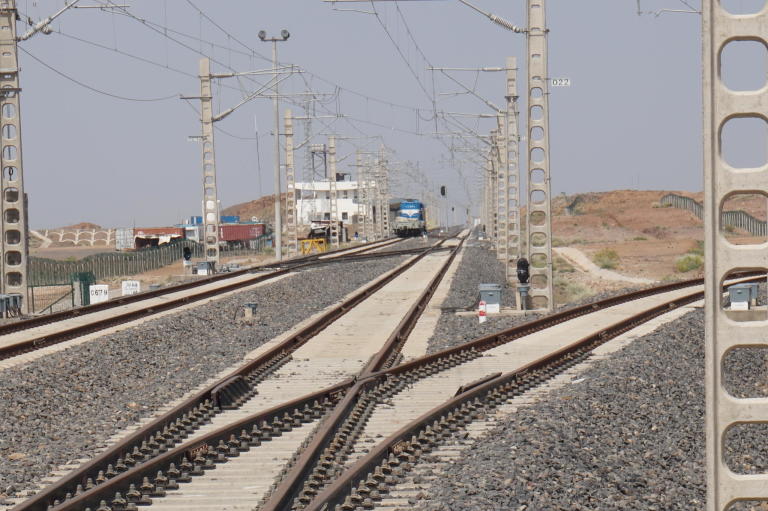 
Big plans for a small country

Richard Skretteberg Published 02. Nov 2017
Djibouti
Read caption The Chinese-funded railway line between Djibouti City and Addis Ababa has a great economic turnaround, proving Djibouti's strategic importance for the entire region.
On the 100 kilometre southern journey from Djibouti City to the country's largest refugee camp Ali Addeh, one can experience all the facets that this part of Africa has to offer.

“There is a lot going on in this country,” says Eric Ndayishimiye, who works for the Norwegian Refugee Council (NRC) in Djibouti, pointing at the modern port area as we pass it. We then see several newly built hotels that testify to the country's rapid economic development.

Djibouti has less than one million inhabitants, but is a melting pot of people and languages. Side by side with extreme wealth is poverty. Djibouti is yet another example of a country focusing on economic growth with an uneven distribution of resources.

We are heading towards the Ethiopian border. Our destination reveals a camp housing refugees from neighbouring conflict-ridden countries.

Djibouti has few natural resources. Large parts of the country are volcanic desert. It’s easy to understand why it can only produce three per cent of the population's food needs.

But the country has a strategic location that makes it attractive to other nations. Federal authorities utilise this to the fullest, and their dream is to turn the country into Africa's Dubai. Two million Africans with middle and upper-class backgrounds travel to Dubai every year. The authorities in Djibouti hope that their money will remain on the African continent in the future.

Djibouti is also home to several military bases, including a new Chinese base, and an old French base that also houses military personnel from the US, Japan and several other European countries.

To protect the oil supplies they are so heavily dependent on, China has invested 12 billion dollars in port facilities, airports and railways in Djibouti. All these investments are largely owing to the Gulf of Aden, an important shipping route conveniently adjacent to Djibouti’s coastline. The oil supplies, together with other goods from east Africa, pass through the gulf.

But despite large foreign investment, over 40 per cent of the population lives in poverty and unemployment is sky high.

As construction cranes disappear on the horizon, we quickly discover the other side of Djibouti on our journey. The heavy road vehicles must stop, and make way for donkeys, camels and goats crossing the road. The grey brown hills are bare, but on the plains there are clusters of trees with green leaves. The goats will not go hungry.

“Yes, there has been rain lately,” Ndayishimiye observes. “It's been a long time since it rained and the drought affected population gives it a warm welcome.” To the right, a large plain covered with water appears. The soil is too hard and the water can’t soak into the ground. People have realised that climate change is here to stay. Many choose to not continue their nomadic lifestyle. In the cities there are opportunities for work and a better life, but in rural areas there are none when the animals die.

We turn off on a bumpy road while the large vehicles head straight south and into Ethiopia. We are approaching Ali Addeh.

“Djibouti is not only strategically located from a political perspective, but also from a humanitarian perspective,” says Ndayishimiye. “Its proximity to Yemen, the borders to Somalia, Ethiopia and Eritrea and with refugees from all these countries, Djibouti has a major regional significance,” he continues as he dries his forehead. It’s 40C outside. A couple of weeks ago temperatures climbed up to over 45C.

When NRC started activities here in 2013, the situation in Yemen was already serious and humanitarian challenges were still very high in Somalia.

Ndayishimiye describes our work: “Although the number of refugees from Yemen has not been as high as we feared, we still have an important function. Here in Djibouti, our employees from Yemen can meet and plan their strategies. We can arrange a visa from here, and we also support the Somalia operation.”

Shortly after, we arrive at Ali Addeh camp, which has literally grown together with the host village. There are 16,000 refugees living here – mostly from Somalia, the rest from Ethiopia and Eritrea. The camp has been around for over 25 years and relations with the locals have been good, with a small exception from last year when 5,000 new refugees from Ethiopia stretched the camp’s capacity to its limits.

With EU Humanitarian Aid, Sida and UNHCR funding, NRC builds houses, provides clean water, offers protection and supports efforts for refugee income. “When people stay for so many years and live under extreme climatic conditions, a proper home is very important,” says Ndayishimiye as he tears off his sandals.

We meet 61-year-old Hawa Wais, her son Abdullah Haga, 31, and daughter Rukiya Haga, 18. Hawa suffered from severe diabetes two years ago and had to have her right leg amputated. The disease continued to pressure her body and paralysed her right arm. She remembers when she crossed the border from Somalia in 1989 with her husband and five children.

“We had to flee for our lives from war and violence," she says. Wais had two children in the camp, but there was little food and water. Life was difficult. And it did not get better when her husband married another woman in 1994 and moved to another place in the camp. But in 2016 she could, together with Abdullah and Rukiya, move into a new house built by NRC. This has changed their quality of life significantly, not least during the warmest months of the year when the thermometer can reach 45C to 50C. In the best African spirit, Wais knows that she will always get help from her children. One or more of them will always be there, but they are also all she has.

Many people fleeing conflict and disaster transit through Djibouti before moving on to another country, at least 100,000 every year, according to the International Organization for Migration. In total, there are around 27,000 refugees in Djibouti. The climate and poor soil make them completely dependent on international support. This support is also important to sustain the political stability in a small country that is only 23,000 square kilometres with 900,000 inhabitants.

On our way back, columns of heavy vehicles pass by, all heading towards Ethiopia. Through its ports, Djibouti pumps goods in and out of its neighbouring country. From Ethiopia, water is pumped into large pipelines to Djibouti. The fresh water from Ethiopia is vital for the lives of Djibouti’s population, as the water here is salty. So far, refugee camps are using groundwater from boreholes, but NRC’s ongoing discussions with the government fuels hope to connect them to the pipeline.

Djibouti’s authorities are attempting to strengthen their ties with neighbouring countries in the Horn of Africa and with the Gulf states. The small country wants to play a bigger role in both the African Union and the Arab League.

The country's unique location makes everyone want to be friends with Djibouti.