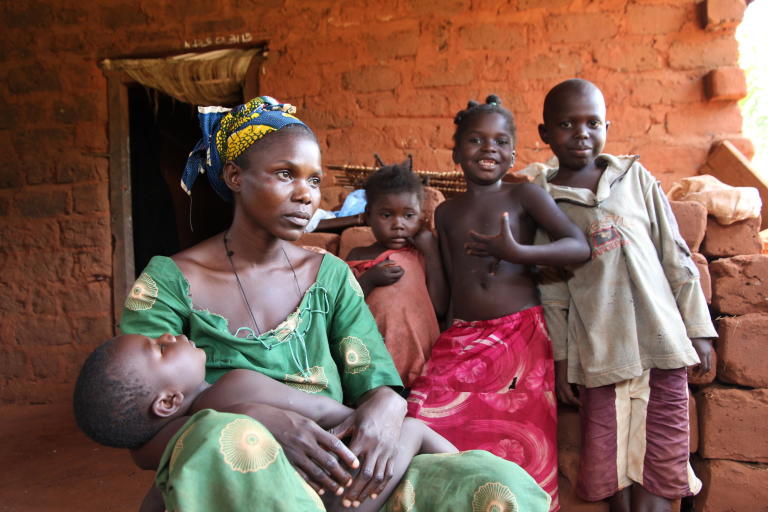 
World leadership has stalled for Refugees

When taking stock of global action to protect the world’s refugees and migrants, one can only conclude that today’s leaders have stalled. They seem to have forgotten that to lead means to move forward. A prime example of this stagnation can be seen in the UN Summit on Refugees and Migrants being held today (19 September) in New York. Our global leadership tell us that as long as we maintain the status quo, rather than making it worse, we’ve achieved our goals; we should console ourselves with the fact that ‘not losing ground is something’. While leaders stand still, tens of thousands of our humanitarian colleagues are saving livings, rebuilding communities and providing protection to the most vulnerable people. We, humanitarians, are increasingly asked to believe that standing still on an issue should be seen as a success.

The result of listening to this rhetoric, and it is rhetoric, means we blame the political climate of the moment, we reminisce about points in history when politics allowed for forward movement, we lament the fact that there are complex and differing understandings of the problem at hand, we point to turf wars, and lack of accountability, and remind ourselves that in the end, all action largely comes down to self-preservation.

At the Summit today, world leaders come together to endorse the New York Declaration – a document intended to address the clearly defined problem:  Most countries are not doing their fair share to support the world’s refugees and migrants. We were told that states wanted to address this problem; we were told that they would be able to draw on examples where the world had managed this responsibility well in the past. But in the end, the New York Declaration does little to push states beyond their current practice. While we know that current practice is not working, once again leaders are trying to find the silver lining by claiming that even though we may not have ‘progressed,’ at least we did not move backwards.

Once again, we are asked to be content with a glaring lack of ambition to solve a serious humanitarian problem. It is as if we are sitting in a car which has stalled in the in the middle of the freeway. We are asked to applaud the “minor miracle” that we have not rolled backwards down the hill and crashed. We have been told that we should be happy that at least the emergency breaks still works.

In the New York Declaration, States have pumped the ‘emergency break’ by repeating and reaffirming on international conventions – The 1951 Refugee Convention, the Convention on the Rights of the Child, the Convention on the Protection of the Rights of Migrant Workers and their Families – and therefore have managed to stop the car from moving backwards. Unfortunately, more than the emergency break, we desperately need momentum forwards, and thus reaffirming previous commitments to international instruments can hardly be seen as progress. These Conventions, while foundational and important, do not require states to share responsibility for people displaced across the world. Confirming that these conventions remain as the foundation of the international system does little to ensure progress for alleviating the everyday anguish of the world’s refugees and migrants.

States have proven that they can collectively drive forward on global issues. They have increasingly rallied to address climate change; enormous progress has been achieved on combating HIV/AIDS; and the innovations in telecommunications over the past few decades would likely have been far less impressive without state cooperation. In no less than four major meetings of States over the course of this year, the world’s leaders have repeatedly and publically recognized that we have a problem of disproportionate support offered to refugees and migrants. Moreover, they have reaffirmed that this problem needs to be addressed as part of their collective commitment to global peace and security. And yet, when now the time has come to release the brake, their feet remain heavy.

Only a starting point

Coming from an organization working to protect and assist people who have been forcibly displaced from their homes, I can only see the New York Declaration as a starting point. It provides a small degree of aspiration, while doing almost nothing to provoke tangible change. And we need tangible change. At the Summit, we hope to see strong individual commitments to share responsibility for refugees and migrants. We hope to see a strong indication of State willingness to commit to a collective framework through which States can better respond to large movements of refugees and migrants, and provide vulnerable people with the protection and assistance to which they are entitled. We hope to see commitments to rectifying the exclusion of IDPs from the New York Declaration – preferably ensuring forced displacement is addressed holistically as follow up efforts to define the two Global Compacts on Responsibility Sharing – one for refugees and one for migrants – move forward. At minimum, we would expect States to agree to a complementary global process to address the gaps in response to protecting and assisting internally displaced people. Finally, we hope to gain clarity on how States will be held accountable for the commitments that are made in the New York Declaration and the future responsibility sharing “Compacts.”

Ambition and commitment to change

As citizens of the world, we rely on leaders to release the brake and move forward, to set a tone, to show ambition and commitment to change. Such leadership has been completely lacking on the issues concerning refugees and migrants, as States have shamefully increased the protection of borders rather than people. The summit, today, should be used to mark a starting point - a moment where States publically commit to correct the course ahead. We would hope that State representatives use the Summit to show real leadership and to demonstrate that they are willing ro do more than simply 'not move backwards'. The world’s refugees and migrants are in desperate need of an actual ‘win,’ and it is time for our leaders to step up and provide it.

Dr Jamie Munn is the Director of the NRC Geneva Office and the Humanitarian Policy Unit.