Published 16. Jun 2022
Mali Education
The critical shortfall in humanitarian funding for education, combined with attacks on schools by armed groups, is currently keeping 519,000 children out of school across Mali. In the last year, the number of children dropping out of school in the country has increased by 15 per cent, according to the Norwegian Refugee Council.

"Outside the classroom, children are more vulnerable to early marriage, economic exploitation and recruitment by armed groups," said Maclean Natugasha, Country Director of the Norwegian Refugee Council in Mali. “We must keep the doors of the schools open to close those of the paths of poverty and violence.”

Threats from armed groups remain the main factor behind the closure of 1,700 schools in Mali today. Over the past two years, the country has been among the three African countries whose schools are most attacked, along with Nigeria and the Democratic Republic of Congo, according to the Global Coalition to Protect Education from Attack (GCPEA).

In addition to insecurity, emergency education in conflict zones is severely under-funded. Since the beginning of the year, 1 in 10 schools in Mali has remained closed due to lack of infrastructure and school equipment. Mali’s national budget cannot cover the needs and education is one of the least funded sectors in the humanitarian response, accounting for only 2 per cent of funds received in 2022.

For schools in conflict areas that are struggling to stay open, having funding to build and rehabilitate school infrastructure is vital. "In some schools in the region, a single classroom can often accommodate up to 300 children due to a lack of infrastructure," said Ibrahim Ag Bijangoum, Acting Director of the Ménaka Education Academy. "How do you expect them to have a taste for learning in such conditions?”

"The solution to the problems of financing education in Mali lies in the hands of donors and the authorities. Without their mobilisation and coordination, the slates of half a million Malian children will remain blank," said Natugasha.

• As of 31 March 2022, 1,700 schools remained closed in Mali affecting access to education for more than half a million children (Education Cluster)
• Between 2020 and 2021, Mali was one of the three countries in Africa most affected by attacks on schools (Advocacy note on attacks on schools in West and Central Africa)
• In 2020, the Malian state budget for education amounted to USD 637.3 million. Only 13% of the national budget was allocated to the construction of classrooms and 4.8% to the acquisition of teaching materials.
• Photos from Mali are available for free use here.
• B-roll from Mali is available for free use here. 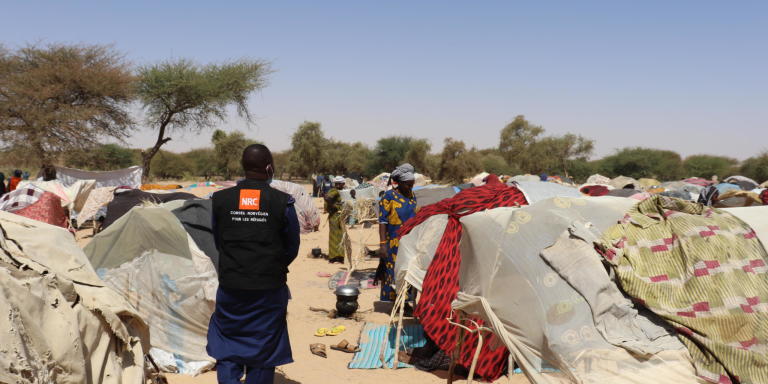