Published 22. Apr 2022
Ukraine Internal displacement Protection War and conflict
The Norwegian Refugee Council is deeply worried that intensified fighting in eastern Ukraine will lead to besiegement of entire cities and towns. The immense suffering and bloodshed that engulfed Mariupol may be senselessly repeated elsewhere, as the country marks two months of war.

“The escalation of war in east Ukraine will result in horrific bloodshed and mass displacement from the eastern regions, including Luhansk and Donetsk, re-traumatising communities who have already suffered eight years of hostilities. In some places the escalation may also lead to entire cities being besieged,” warned Jan Egeland, Secretary General of the Norwegian Refugee Council (NRC), on a five-day visit to Ukraine.

“It’s heart-breaking to think about the horrors these people are forced to relive, and to know that we are unable to get lifesaving assistance into many affected areas. We call for an immediate ceasefire to stop this tidal wave of human suffering.”

Several areas in eastern Ukraine are already on fire or completely in ruins. Communities in Luhansk and Donetsk regions are fully dependent on humanitarian aid as markets in the east have collapsed. While many younger people have been able to flee from several locations, there are tens of thousands of elderly – many of them disabled – who are trapped and unable or unwilling to leave.

“This week we worked with local partners to deliver emergency food parcels to people trapped amid hostilities in multiple villages across eastern Ukraine. We now fear this may be the last food parcels they receive,” said Egeland.

Full and unimpeded humanitarian access to all communities in the east, and elsewhere across Ukraine, is a matter of life-or-death. Civilians caught up in fighting must be enabled to leave voluntarily and safely in any direction they choose. Adequate security allowing civilians to evacuate from the hardest-hit areas is crucial.

Humanitarian needs across Ukraine continue to skyrocket as the country marks two months of war on 24 April. One in four Ukrainians – have been forced to flee their homes in the fastest mass flight this century. Hundreds of thousands of people remain trapped in areas of active hostilities without access to food or water. Thousands have been killed in several parts of the country because of the use of explosive weapons in densely populated areas.

NRC staff report that entire communities have experienced massive trauma, with children terrified of the slightest noise. Families lack everything from cancer medication to baby diapers. Homes, hospitals and roads have been destroyed all over Ukraine.

A recent missile attack in the western city of Lviv highlights that even those areas considered relatively safe, are not. Lviv serves as the largest transit point for displaced people, and NRC operates there to provide assistance to people fleeing fighting.

NRC has set up a lifeline of trucks bringing emergency food, shelter and hygiene kits across the border from Romania and Poland to some of the worst affected areas in eastern Ukraine. Our teams are working around the clock to deliver relief under extremely challenging circumstances.

“Families in Ukraine have been living through hell on earth the past two months. Spiralling humanitarian needs are now outpacing the money that has been generously given by governments and individuals across the world. Aid agencies need more funding faster to scale up aid operations and respond to the ever-increasing needs across the country,” said Egeland. 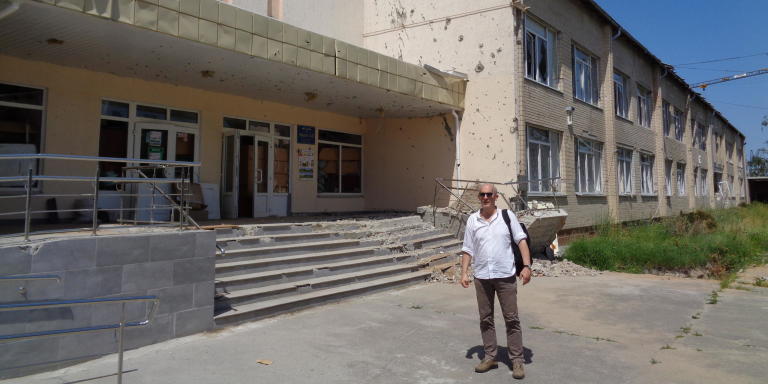 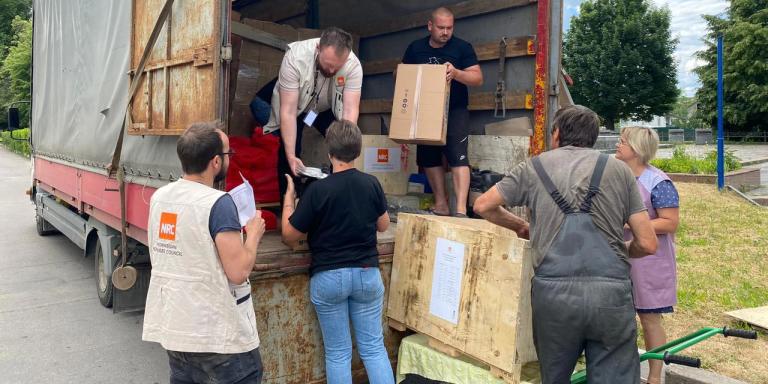