Mass arrests of more than 500 migrants in Libya

“We are alarmed by reports of mass arrests of migrants in Tripoli this morning. We are hearing that more than 500 migrants, including women and children, have been rounded up, arbitrarily detained and are at risk of abuse and ill-treatment.

Migrants and refugees in Libya, particularly those without legal residency in the country, are often at risk of arbitrary detention. Torture, sexual violence, and extortion is rampant in Libyan detention centres. We believe this latest wave of arrests is part of wider crackdown by the Libyan authorities on migrants and refugees in Libya and the environment is becoming increasingly more restrictive.

We call on the Libyan authorities to immediately release those detained and to end the crackdown on migrants and refugees taking place across the country. Countries with ties to Libya, particularly European states must also scale up pathways for resettlement of refugees in Libya.” 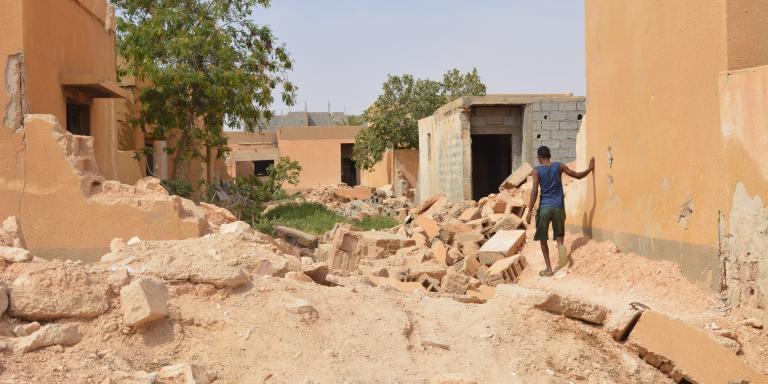 LIBYA CONFERENCE: True stability in Libya will only come about by rebuilding people’s lives

World leaders must seize the opportunity at a conference on the future of Libya this week to make continued commitments to addressing the humanitarian needs of a population who have not known peace for more than a decade, four aid groups working in Libya said today.

Statement by the Norwegian Refugee Council's country director in Libya, Dax Roque, on the latest tragedy of migrants dying in the Mediterranean.