Published 05. May 2020
DR Congo Internal displacement Coronavirus
Close to 1.7 million people fled violence in the Democratic Republic of the Congo in 2019, putting the country on top of the list of most newly internally displaced in Africa, and second globally after Syria.

Conflict and violence continue to force tens of thousands of Congolese to flee their homes in the eastern provinces of Ituri, South Kivu and North Kivu, where military operations, armed groups attacks and upsurges in intercommunal tensions wreak havoc. In Ituri alone, the level of violence against civilians in the last month displaced about 200,000 people.

“The escalation of armed hostilities at the moment when Covid-19 arrives is a catastrophic cocktail poised to trigger chaos,” warned Maureen Philippon, Country Director for the Norwegian Refugee Council in DR Congo. “The Congolese people need peace and stability during the pandemic more than ever before.”

Hunger and conflict are also fuelling one another to worsen the humanitarian crisis. DR Congo is now the second largest hunger crisis in the world after Yemen. The number of people going hungry has more than doubled in three years, standing at over 15 million today. On top of that, some 3 million children are acutely malnourished.

“When a family is forced to flee in Congo they lose their land, miss the harvest and their livelihood crumbles. It takes years for a them to recover and it’s a daily struggle to put food on their children’s plates,” said Philippon.

Due to the sharp increase of newly displaced people combined with the overall lack of funding, aid organisations' capacities are overstretched. Almost 16 million people need humanitarian assistance in 2020, according to the United Nations.

We have spokespersons in DR Congo and in the region. For media requests, please contact:

DR Congo: Statement on the killing of dozens of displaced people in Plaine Savo camp, Ituri

The Norwegian Refugee Council condemns in the strongest possible terms the massacre of dozens of civilians on the evening of the 1 February 2022 by an armed group in Plaine Savo displacement camp near Bule, Ituri Province, Democratic Republic of Congo (DRC). 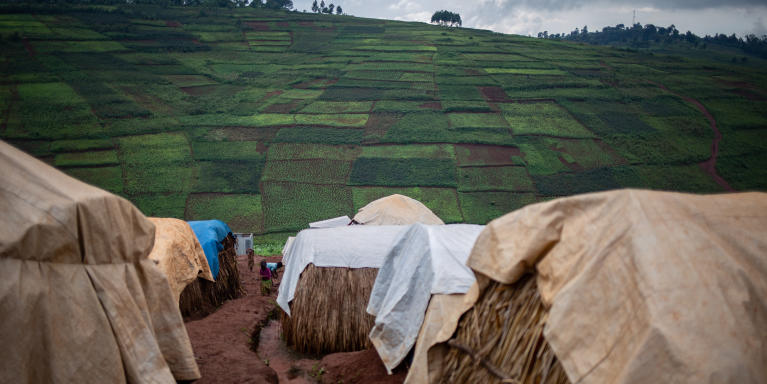