“It is a damning verdict of unaccountable, impotent and nationalistic leadership around the world. International and regional powers have been bystanders and even accomplices, as armed men have driven 79.5 million defenceless people out of their homes with impunity.

During the 1990s genocides, we considered the 40 million people fleeing conflict and persecution the sign of a world falling apart. Today that number has doubled - one in every 100 people worldwide has been forced to flee.

These cruel statistics demand an end to the political inertia that exists in and around the world´s many protracted wars. Covid-19 and conflict are a lethal cocktail. Only real global cooperation will flatten the curve on these out-of-control displacement numbers, and end the suffering and the fertile ground for the pandemic.

At a time when thousands of citizens are taking to the streets to protest inequality, discrimination and injustice, we must also stand up give voice to the displaced and those fleeing violent racism and ethnic discrimination, in conflicts with little media attention.

Syria, DR Congo and Colombia host over 20 million people between them, while Europe drags its heels to accept 20,000 asylum seekers lying in limbo on a Greek Island, and the US closes its doors to single mothers fleeing horrific violence in Central America. We cannot continue to accept rich nations building walls, while poorer and middle-income nations host the vast majority of the world’s displaced people.”

Congratulations to Norway on its election to the UN Security Council

Statement by Secretary General Jan Egeland on the election of Norway as a non-permanent member of the UN Security Council.

Cameroon, DR Congo and Burkina Faso are the most neglected displacement crises in the world, according to the Norwegian Refugee Council’s annual list launched today. 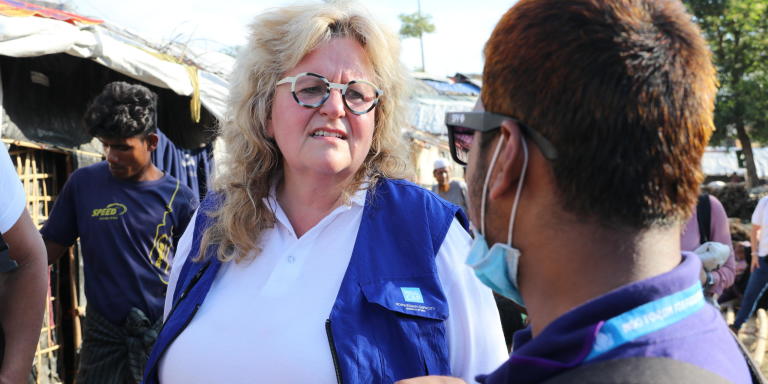 Adapting current assistance to ensure continued support to vulnerable communities, along with taking care of staff and experts have been NORCAP’s main priorities in the Covid-19 response.