Published 18. Mar 2019
Europe Greece Turkey
Three years after the EU-Turkey statement the Norwegian Refugee Council (NRC) calls for European countries to take their share of responsibility for handling refugees, and not leave it to overstretched Turkey and Greece.

“Three years after the EU-Turkey statement was agreed, Europe is neither providing sufficient support to refugees in Syria’s neighbouring countries, nor giving people necessary protection within its borders,” said Edouard Rodier, Director of NRC Europe.

The EU-Turkey statement outlined that all new migrants crossing from Turkey into the Greek islands as from 20 March 2016 would be returned to Turkey. In addition to providing financial support to Turkey, Europe would resettle up to 72,000 refugees, mainly from Syria, directly from Turkey.

“EU needs to strengthen its support to refugees in Syria's neighbouring countries, to ensure they are not pushed back into Syria out of desperation for lack of livelihood and education opportunities,” said Rodier. “But sharing responsibility cannot only be about paying off neighbouring countries to keep people away”, he added.

NRC calls for European countries to both increase the number of refugees they receive for resettlement from countries like Turkey, and to re-start a relocation programme for asylum-seekers from Greece.

“Turkey is now the country in the world hosting the largest number of refugees, while the rest of Europe is providing protection to a disproportionate low share of people fleeing war and persecution. European countries should increase the number of people they accept for resettlement directly, and thereby allow the most vulnerable a safe route to protection,” said Rodier.

In Europe, the responsibility for the refugees that still manage to arrive from Turkey has been left with Greece. A relocation scheme that allowed asylum seekers to be relocated from Greece and Italy to other European countries formally ended in 2017 and should be revived.

“The conditions for people in places like Lesvos and the long waiting time for a first asylum interview, proves that Greece cannot handle this refugee influx alone. With seemingly no broader EU consensus in sight, we call on individual countries and political parties to take the first steps out of the current deadlock. Renewed relocation initiatives from Greece would be a good place to start, to secure better European responsibility sharing and less haphazard protection for refugees,” said Rodier. 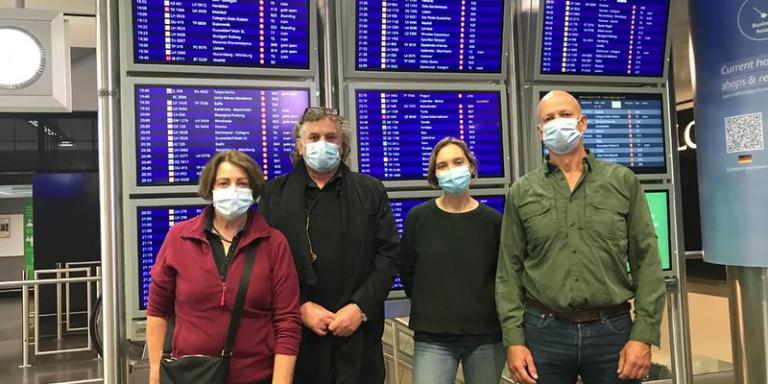