“Every day an average of 37,000 people are forced to flee their homes. The international community must provide safety and protection for fleeing families, not build fortified walls to lock refugees out. Rich countries now host a meagre 16 per cent of global refugees, as international peace diplomacy is failing and new horrific wars come on top of too many unresolved conflicts,” said Jan Egeland, Secretary General of the Norwegian Refugee Council (NRC) while visiting Ethiopia.

Egeland’s visit coincides with World Refugee Day tomorrow, which sees over 70 million people displaced worldwide, according to UNHCR. This is 2.3 million more people than last year and twice as many as 20 years ago.

“No one chooses to be displaced. No one chooses to be uprooted from their homes or forced to flee with nothing but the clothes on their back. Refugees find themselves caught up in a vicious cycle that they did not create but cannot escape. The suffering I witnessed in Ethiopia is heartbreaking,” said Egeland.

Ethiopia has a strong record of welcoming refugees. But the extreme levels of new displacement brought on by internal conflict have put immense strain on the country. An estimated 3.2 million people were displaced by conflict and drought by April this year. On top of this, Ethiopia hosts over 900,000 refugees, mainly from South Sudan, Somalia and Eritrea.

Coffee farmer Abraham was forced to flee to the Gedeo region because of the conflict in West Guji. He told NRC that needs among his community are high: “I have seen a lot of people starve to death because they couldn’t find anything to eat.”

“Ethiopia is the definition of a forgotten crisis,” said Jan Egeland. “Despite colossal needs, the crisis is under-reported, under-financed and under-assisted. The scale and quality of the humanitarian response is grossly inadequate.”

The UN’s aid appeal for Ethiopia called for $1.31 billion for 2019, but is only a third funded halfway through the year.

Despite repeated promises of increased international responsibility sharing, richer countries hosted a meagre 16 per cent of refugees last year, and international support to poorer host countries is insufficient to meet the scale of needs.

“We need a 180-degree shift in attitudes. Wealthier nations must share the heavy-lifting, dig deep and support generous countries like Ethiopia to ease the human suffering of millions fleeing from conflict worldwide,” said Egeland.

For interviews with Jan Egeland or for more information, please contact

Election observation during the pandemic

Political analyst and NORCAP expert Øyvind H. Seim was supposed to be in Myanmar for the general elections this fall. But with the Covid-19 travel restrictions, election observers have to find new solutions. 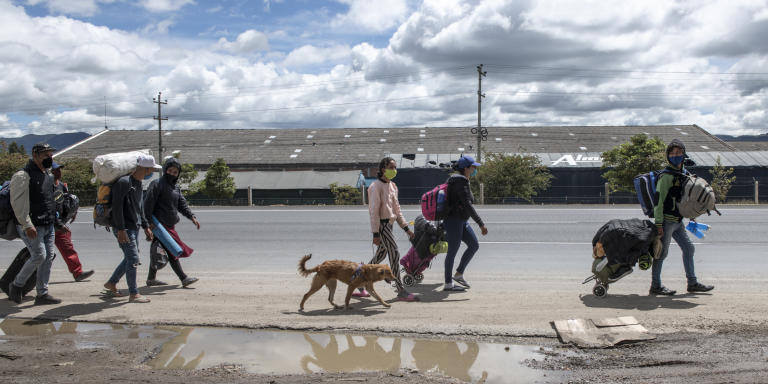 More than three quarters of displaced and conflict-affected people surveyed by the Norwegian Refugee Council (NRC) have lost income since the start of the Covid-19 pandemic. The devastating economic impact is tipping many into a hunger, homelessness and education crisis, the organisation said in a report released today.