Akhtar has his hat pulled well over his ears and his scarf snugly around his neck. As other Afghan children delight in the first snowfall of winter, playing and making snowballs, Akhtar is on his way to work to collect scrap, he tells us.

“I usually collect Pepsi cans that I sell and paper we can burn for cooking and to keep our house warm,” he tells us.

“I don’t know really,” he answers.

Later, we learn that he is thirteen.

“Together with my family I fled the conflict some two and half years ago from Kunduz province. I have five siblings. Now I’m working together with my father on the streets of Kabul collecting scraps”.

Many of the families in the settlement have been living as refugees for many years in Pakistan, before they returned.

Moving to the bigger cities

More than 1.2 million internally displaced people across Afghanistan are now living in informal settlements, according to OCHA.

As many as two-thirds of all people displaced outside their home province are moving towards the five regional capitals of Kabul, Nangarhar, Kandahar, Balkh and Herat.

Plastic shoes and no socks

“Thousands of displaced women, men and children do not have proper clothing or shelter. Our staff see children walking in the snow with plastic shoes and no socks. We need to provide these families with adequate shelters, heaters and blankets, and enough food stocks to keep them alive throughout this brutal winter,” says Christopher Nyamandi, country director for NRC in Afghanistan.

Akhtar and his family spent last winter in makeshift tents. NRC has upgraded their shelter to fight against the freezing winter temperatures.

For many families in the settlement, this is their third winter trying to survive in makeshift shelters.

In 2018 alone NRC helped with shelter upgrades or durable shelter construction for 1,092 displaced and vulnerable households (about 7,600 people) in Kabul Province.

In the scrap collecting business

12-years old Agha Omar is sweeping snow around his family’s makeshift tent. Because of the snow he can’t collect scrap.

"I was collecting scraps on the street and now the streets are blanketed with snowfall and we can't find things. I have stayed back at home and I will go back on the streets when the snow is melted," says Agha Omar.

None of the children on the picture (above) go to school. They are busy collecting plastics, papers and cans on the street.

Naqib and his family now live in a shelter that was built on a yard rented by NRC. However, neither Naqib or any of his siblings are attending school.

Naqib was in second class when his family was forced to return to Afghanistan. It’s been four years now that he has been missed out classes.

Instead of attending class, he drives through the city with his bicycle and collecting scraps to help with family’s financial situation.

“There is no hope and I don’t have any future if I continue living in this situation. I don’t know about my future. Maybe I will simply be a labourer.” 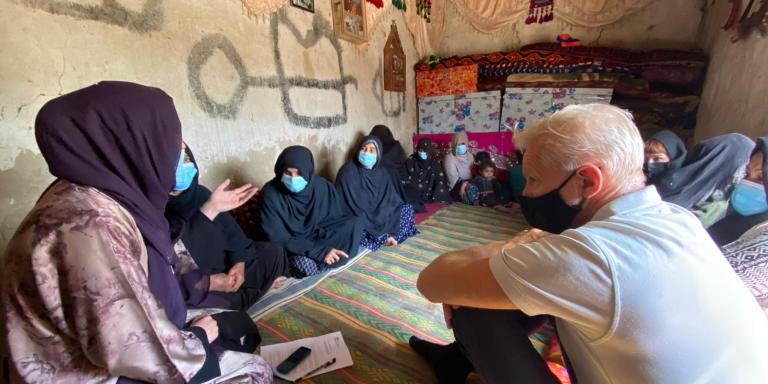 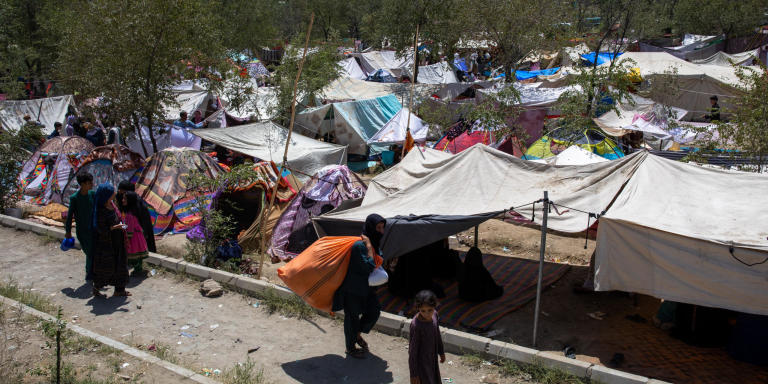 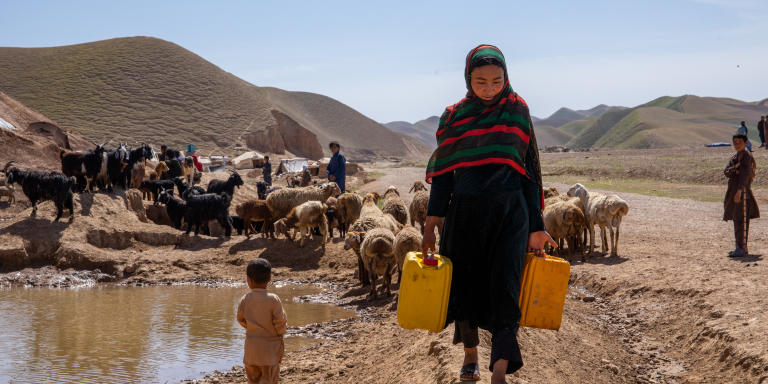