Published 17. Dec 2019
Africa Donors and partners
Grim survival tactics are being adopted by desperate refugees in Uganda due to the critical underfunding of the humanitarian response. People are getting into debt, they are skipping meals to save food, parents are selling off their daughters and asylum seekers are engaging in ‘survival sex’ to make ends meet.

“Uganda is at breaking point. It is struggling to cope with the humanitarian needs of a growing refugee population who in turn, are facing debt and danger because there is no funding available for an adequate response,” said Ulrika Blom, Country Director for the Norwegian Refugee Council (NRC).

Uganda is currently hosting over 1.3 million refugees and asylum seekers making it the third largest host nation after Turkey and Pakistan.

Despite more people crossing into Uganda, the funding for 2019 remains critically low. The Refugee Response Plan is just 39 per cent funded as of December 2019.

As a result, refugees are adopting harmful practices to survive and are exposed to grave protection risks because they have little to no access to basic services such as food, shelter, health or livelihoods.

Tabu (30) fled to Uganda from DRC with her children earlier this year: "There is never enough food. People sleep outside because the rooms are so overcrowded,” she said.

Recent focus group interviews found that Congolese refugees living in Kyangwali settlement along the Uganda/Congolese border are selling food rations to make rent and are taking out loans with 50 per cent interest rates. Many parents are skipping meals, often for days, to ensure their children get enough to eat.

Refugee parents also told NRC staff how they are arranging child marriages for their daughters to give their family security. Lack of adequate housing or shelter is exposing female head households to sexual and gender-based violence (SGBV). Some female asylum seekers have admitted to engaging in ‘survival sex’ to make ends meet.

“This is what funding gaps look like. These grim coping strategies are an appalling indictment of our inability as humanitarians to provide the most basic support to vulnerable refugees. It further illustrates the international community’s cavalier approach to responsibility-sharing and it must end now,” added Blom.

The NRC is urging donors to increase funding for Uganda for 2020 or risk the country potentially taking regressive policy measures towards refugees in the future. “If these funding gaps continue, we risk Uganda ending its progressive open-door policy and shutting its doors on refugees for good,” Blom said.

Images of Congolese refugees in Uganda can be used free of charge and can be found here. 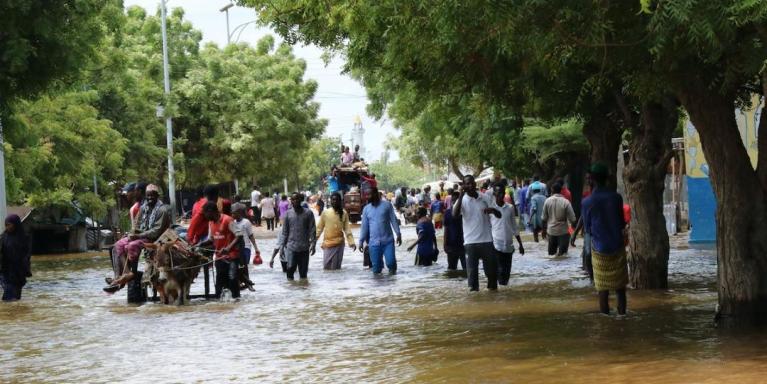 273,000 now displaced due to flooding in Somalia as more extreme weather looms

273,000 people have been left displaced due to severe flooding across Somalia. Several thousand people in the worst-affected area of Baladweeyne are sheltering under trees or in emergency tents after their makeshift homes were washed away by floods caused by torrential rain. The Norwegian Refugee Council (NRC) is calling for an urgent humanitarian response to ensure aid can be provided safely to people in desperate need. 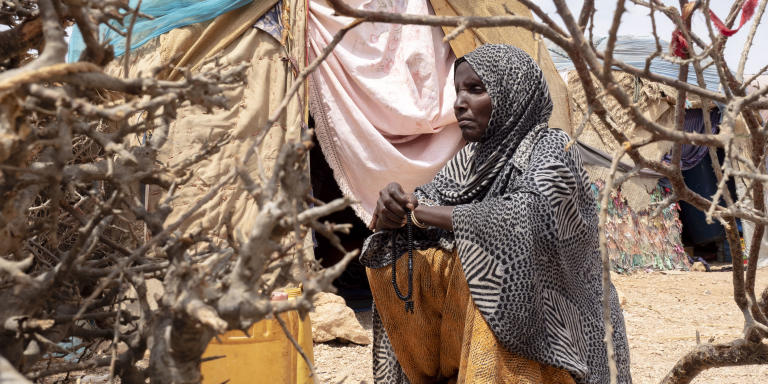 Conflict and drought displace 300,000 in Somalia so far this year

Over 300,000 people have been displaced due to drought and conflict in Somalia so far this year. The Norwegian Refugee Council (NRC) said insecurity is making it virtually impossible for humanitarians to provide aid in rural areas and is resulting in vulnerable people moving to overcrowded camps in urban areas for assistance.