Published 14. Aug 2019
Afghanistan
One year after the worst drought on record forced nearly half a million Afghans to leave their homes, many families remain in tents on the outskirts of Herat city. Unable to return home due to ongoing conflict, they struggle to survive as support is cut back

“The situation for these Afghan families is dire. They are in a life-threatening limbo – unable to return because of conflict, and now struggling to make ends meet due to lack of support. As a result, many have borrowed so much money that they will never be able to recover,” said Christopher Nyamandi, NRC Country Director in Afghanistan whilst meeting with displaced families in Herat.

The admission of children under five years old to clinics close to displacement camps has increased by over 50% in the last month, and the number of children with water borne disease has increased from 15 cases in April to 333 in July.

50% of the displaced families surveyed by NRC and other relief agencies in Herat and Badghis said that they sold assets, borrowed money or married off their children for money in order to cope with their current situation. Some families would never be able to recover from the amount of debt they are in, according to a survey from IOM.

At the same time humanitarian support has been severely cut back, leaving significant gaps.

“So far neither the government, nor development partners have stepped up – and as a result the needs of these families are neglected. Long-term solutions are required, and in the meantime, relief agencies need support to stay and deliver urgent assistance,” said Nyamandi.

“We are becoming like Zombies. We have no more clothes to wear, no water to drink and no food to eat. International organisations stopped water assistance and we can’t afford to buy soap. In the hot weather the situation is becoming very difficult as we cannot wash,’ said Gulnaz, a woman displaced from Ghor.

NRC is concerned that without ongoing assistance, the situation for families in Herat will become even worse.

“Without water or food, and with temperatures as high as 46oC, we can expect this situation to quickly deteriorate. Now people are fighting to survive the heat, but in a few months, temperatures here will fall below freezing point and the cold weather will add to their misery,” said Nyamandi. “Unless assistance is scaled up immediately, we can expect to see many displaced Afghan children and elderly people lose the battle to survive”.

NRC protection monitoring data from the sites of displacement in Hirat and Badghis suggests that 50% of displaced families surveyed that they had sold assets, borrowed money or married their children in order to cope with their current situation.

Whilst some assistance is being provided to displaced families living on land allocated by the government, many families such as Gulnaz’s are unable or reluctant to move there due to tribal conflict with other displaced families or because it is far from Herat city and therefore harder to find jobs.

NRC has been advocating for the continuation of assistance to these displaced families – particularly for the most vulnerable – until a dignified solution for them to survive is put in place.

More than seven months into the year, only 27% of the money required to meet the humanitarian needs in Afghanistan in 2019 have been provided, according to the UN.

Photos for free use are available here:

For interviews or more information:

Sounding the alarm about the lack of schools

More than three million Afghan children will not start school this autumn. Humanitarian aid organisations are losing heart. They have people on the ground, but they lack funding. Now, the Norwegian Refugee Council (NRC) is sounding the alarm. 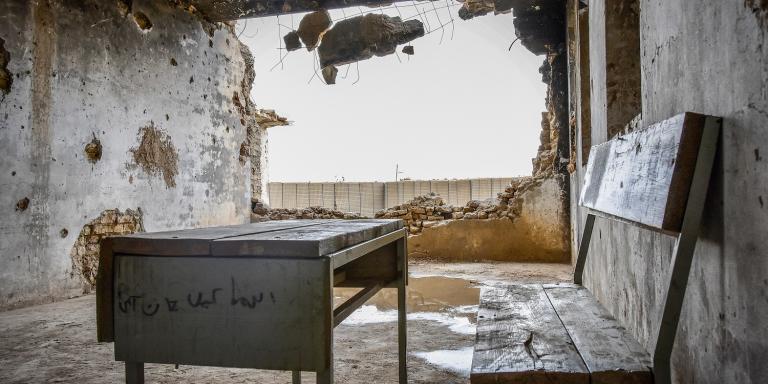 Statement on the outcome of the Intra-Afghan Peace Conference

The Norwegian Refugee Council (NRC) welcomes the commitments to minimise civilian casualties as well as ensure the security of schools made jointly by participants of the Intra-Afghan Peace Conference which ended in Qatar yesterday.