Published 05. Jun 2018
Bangladesh Camp management Natural disasters Environment
The most critical season for rains and floods has started, leaving Rohingya refugees and local communities residing in and around camps in Bangladesh at risk of landslides and waterborne diseases such as cholera.

June, July and August are the most critical months for rains and floods in Bangladesh. In the camps in Cox’s Bazar, 200,000 refugees from Myanmar are at risk of being affected by landslides and floods with 25,000 at very high risk, according to the Inter Sector Coordination Group (ISCG).

“Already, in the early rains stage, we have sometimes seen multiple landslides per week. We are worried that latrines will overflow due to floods in which case there will be open sewage flooding over. This can lead to the spread of waterborne diseases such as cholera, but also typhoid and dysentery,” said Stiofáinín Nic Íomhaird, the Norwegian Refugee Council’s (NRC) country director in Bangladesh.

More than half of the Rohingya population in the camps are children. Together with partners, NRC is currently providing psychosocial support and disaster risk management trainings so teachers learn what to do in the case of landslides and cyclones. NRC is also providing trainings with its partner Plan International on health and hygiene to prevent the spread of waterborne diseases in learning centres.

“For these children, the monsoon season poses the risk of a disaster within an already unbearable disaster. We are providing trainings covering critical topics that can help people get through this disaster season,” said Courtney Lare, NRC’s education project manager in Bangladesh. Education for adolescents between 15 and 24 years is also a major gap, with less than 2,000 of the estimated 117,000 in need accessing secondary education or life skills training, according to the latest ISCG figures.

The refugee influx has also had an adverse impact on host community youth, with significant education drop-outs reported since September 2017. “NRC in Bangladesh is working to give host community youth access to life skills and vocational training by partnering with the Bangladeshi organisation COAST Trust on a project specifically for youth in areas impacted by the refugee influx”, said Nic Íomhaird. “However, we are concerned that this is just a drop in the ocean and that tens of thousands more refugees and youth from the local community are in urgent need of access to education and training”.

So far, 18,885 refugees have been relocated from high-risk areas by site management organisations, in coordination with the Bangladesh Refugee Relief and Repatriation Commission. But, in one of the world’s most densely populated countries, the lack of appropriate land for relocation for those still at risk, in addition to a funding gap of 81 per cent, is a major concern.

“Humanitarian actors and authorities are in a race against time to try to secure the lives of hundreds of thousands of refugees ahead of the expected floods and landslides. Donor countries must rapidly increase the funding to this crisis. An increased, joint effort to support the Rohingya and local communities is urgently needed,” said Nic Íomhaird. 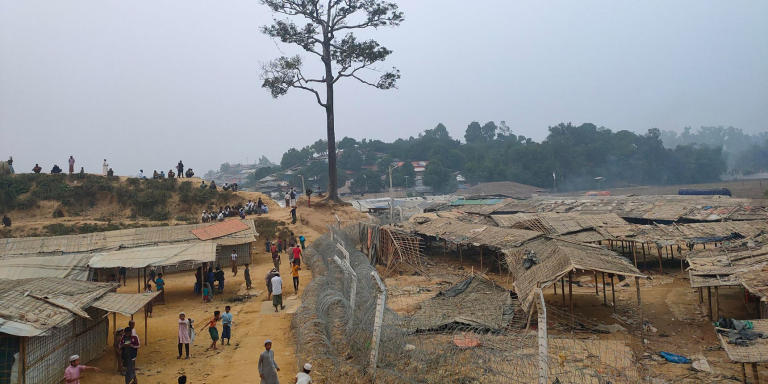 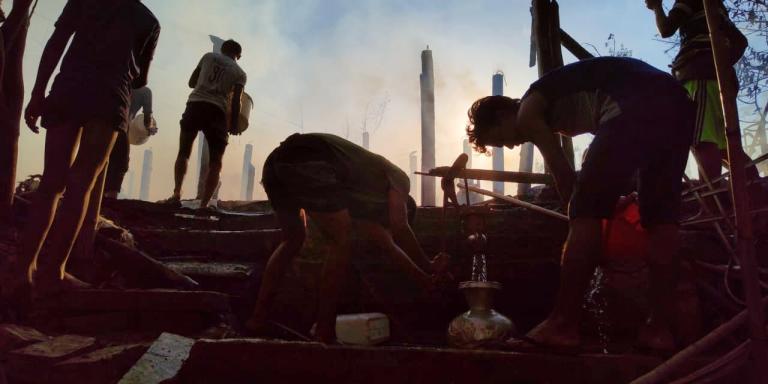