Chima Onwe|Published 25. Oct 2018
Nigeria Livelihoods and food security
For years, displaced farmers from north-east Nigeria were unable to produce their own food and depended solely on irregular and insufficient humanitarian aid for survival.

83-year-old Ibrahim Yapatum beams as he spreads his sheaves of corn out in the open to dry. As a token of his good fortune, he reaches out and picks up a cob so big he can hardly get his hand around it.

Yapatum was driven from his farm in Kwajaffa, northeast Nigeria, in 2015 after violent Boko Haram attacks. He and his family settled in a tented camp for internally displaced people in Biu, in the southern part of Borno state. There, he cultivated a small vegetable garden next to his tent, but the harvest could barely feed him and the eleven members of his family.

After two years of displacement, Yapatum and his family returned home. But with no seeds or tools, he found that he was unable to farm. Before the attacks, his community were known as vibrant farmers. For years, many of these families were unable to produce their own food and depended solely on humanitarian aid, which was both irregular and insufficient for survival.

"I was glad to be back in my village where I had my own farmland, but I hated that I couldn’t plant anything because I didn’t have any seeds," he says.

In 2018, Yapatum and his family were among over 2,000 returnee households who received training, seeds and farming materials from The Norwegian Refugee Council (NRC) in Kwajaffa, Miringa and Damboa in Borno State.

I used to harvest about 10 bags of maize – this year, I harvested 50 bags!
83-year-old Ibrahim Yapatum was displaced from his home in north-east Nigeria

“I received maize, beans, sorghum, fertilizer and pesticide. These will go a long way to help me start over. It will not only help me restore my farm, but also give me a variety of crops. NRC also trained us on effective use of fertilizers, pesticides and the best techniques to ensure good harvest,” he says.

These actions are part of the ‘Support to the response, recovery and resilience in Borno State’ project funded by the European Union Development Cooperation (DEVCO), and aims to help returnees rebuild their lives as farmers.

“Our aim is to ensure food sufficiency and increase the nutritional status of farming communities affected by the conflict. We want them to be independent and more resilient, and hope that they will be able to grow enough food both for themselves and others,” says Rilwan Ismail, NRC’s agriculture coordinator in Nigeria.

A new hope for the future

The project is going well. Thanks to the training, the fertilizer and other farming materials we provided to the returnees in northeast Nigeria, maize harvests this year have been bountiful.

“My crops did not use to be as healthy as they are this year,” says Yapatum. “With the seeds, fertilizers and training from NRC, I harvested a lot more maize from my farm than I ever thought was possible. I used to harvest about 10 bags of maize – this year, I harvested 50 bags,” he brags, pointing at the 50 sacks of 100 kilogram maize each stacked in the corner.

With the harvest complete and 500 kilograms worth of quality maize stacked for the year, Yapatum and his family now have access to cash and other food staples. But, most importantly, they finally have renewed hope for the future, he says. 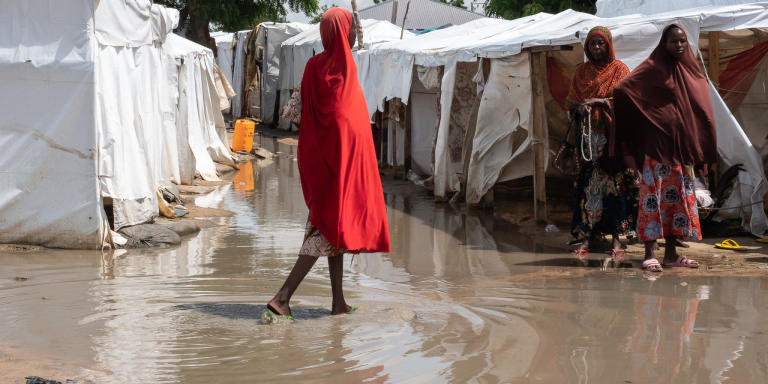 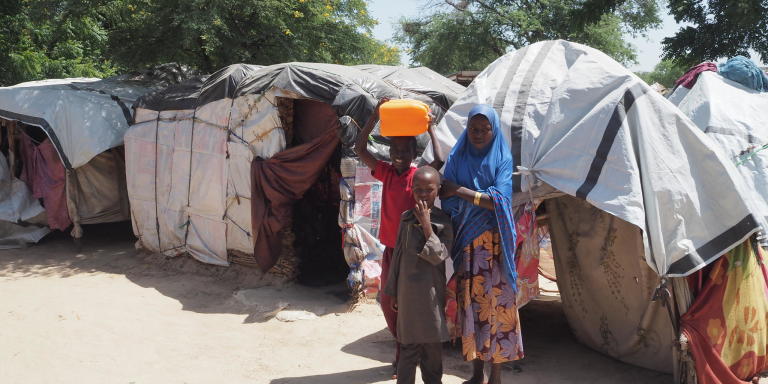 Ten years since the beginning of a violent insurgency in northeast Nigeria, the living conditions for displaced people are continuing to deteriorate at an alarming rate due to inadequate and overcrowded facilities. The Norwegian Refugee Council (NRC) calls for increased efforts to improve their living conditions and prevent an imminent cholera outbreak.