Hassan Hijazi|Published 06. Dec 2018
Jordan Education Youth
Anas from Syria is one of many who graduated from the Norwegian Refugee Council’s (NRC) vocational training centre in Jordan’s Azraq refugee camp this year. Today, several organisations request the products that the certified tailor and his colleagues produce in the camp.

The NRC-run tailoring workshop is busy – it receives raw material that eager tailoring graduates, the majority of them Syrian refugees, turn into products like jackets, sweaters, NRC staff vests, and baby clothes and blankets.

The workshop benefits people in many ways – while the clothes are made for the camp’s residents, it also gives Anas the income he needs to prepare his family for the cold season that is coming up.

“This work helps me get extra money for my family. I need the money, everyone does. I am keeping some money for winter emergencies,” Anas explains.

Last winter, Azraq refugee camp experienced sub zero temperatures and it is expected that this year will be no different.

We run four youth training centres in Zaatari and Azraq camps in Jordan, where youth aged 16 to 32 years can enrol to learn a trade or a skill. The vocational training courses, which include tailoring, welding, ICT, languages, and online learning are accredited by , Centre of Accreditation and Quality Assurance (CAQA) and its partner universities. Graduates are offered livelihoods opportunities in camp-based workshops where products are manufactured for the camp community.

Our youth programme staff implemented tailoring workshops in Zaatari and Azraq refugee camps. The workshops were established to give the graduates an opportunity to practice what they have learned in class and earn a living.

Anas is one of the 1800 refugees who graduated from our tailoring class this year and now participates in the workshop. He is a 32-year-old Syrian who has been living with his wife and children in the camp since 2014.

He used to work in tailoring back home. His family came to Jordan when they fled the war in Syria in April 2013. He first arrived in the city of Irbid, but because of the hard and expensive living conditions, he went to Azraq camp. “I have two daughters and a son. My son was born in Syria, and my two daughters were born in Jordan”, says Anas.

When he arrived at Azraq camp, he worked as a teaching assistant for a year at the camp’s formal school. He left the job after hearing about the Norwegian Refugee Council’s youth centre. “When I first came to the centre, I immediately asked them if there’s a tailoring class. I was lucky enough that there are two kinds of classes in this centre, tailoring basis and advanced tailoring. Since I have a good experience in tailoring, I was signed up with the advanced class.”

Anas finished his tailoring course and graduated with a certificate from the centre earlier this year. “I was happy to get the certificate, but then I realised that I could not do anything with it here in the camp. We do not have that many work opportunities here,” he narrates.

“Then I heard about the tailoring workshop by NRC in the same centre where I graduated. I started working there. Our job is to make baby kits for newborns in Zaatari and Azraq refugee camp.”

Anas dreams about going back to Syria to open his own tailoring shop. 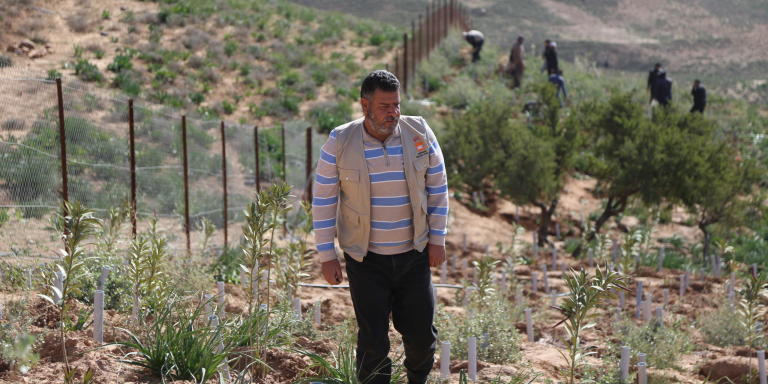 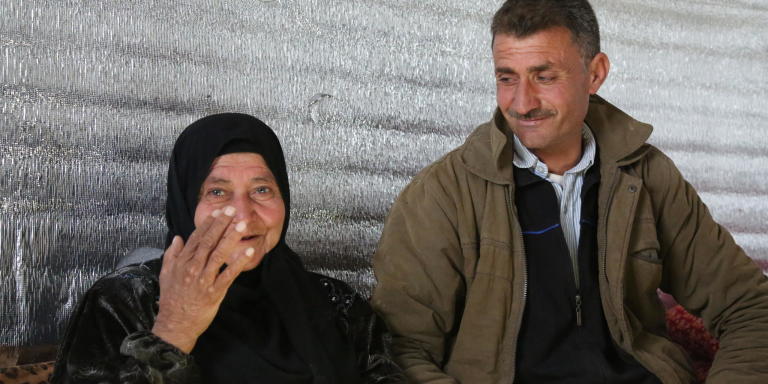 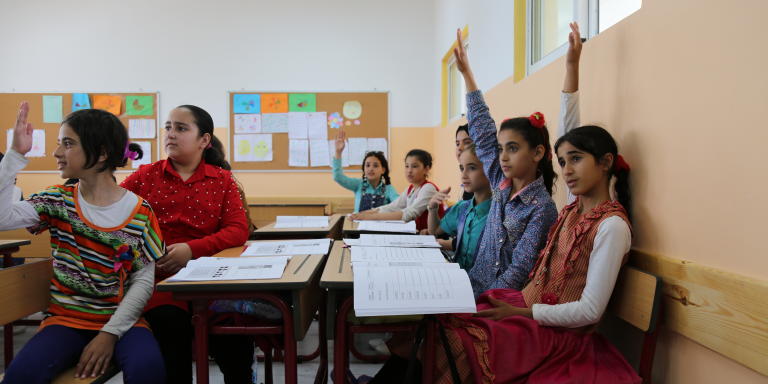 Syrian children prepare to go back to school in Jordan

In Jordan, the Norwegian Refugee Council (NRC) makes sure that Syrian refugee children have a safe learning environment, where they can forget the war and be children again. We paid our summer school students a visit to learn about their hopes and dreams.