Nashon Tado|Published 05. Dec 2018|Edited 04. Dec 2018
Uganda
Vocational training in Uganda is changing the perception that refugees are a burden to host countries. In Bidibidi, South Sudanese women are coming together to create new opportunities that benefit their host communities.

“Sometimes, when I sleep, I dream about new business ideas. I imagine starting a rock-crushing business for the construction people, or a motorcycle repair shop,” says Nyalual, 30, a South Sudanese refugee in Uganda’s Bidibidi refugee camp, and mother of four children.

With a start-up grant and vocational training from the Norwegian Refugee Council (NRC), she formed a women’s group, and together, they started a business.

The eight women have worked hard to get where they are today: the shop is now one of the best stocked in the entire camp.

Nyalual sells clothes, shoes and cosmetic products and serves cold juice to her thirsty costumers. She has bought a small juice mixer that she is using to blend mangoes into juice syrup. The northern region of Uganda is a breadbasket for mangoes. During the mango season, trees produce tonnes of healthy fruits, exceeding the local market demand by far.

Forced to flee from violence

In 2016, Nyalual’s father died when an armed group started shooting randomly at people in a market place in the South Sudanese town of Bor, located in Jonglei State. Her mother Ayan, 55, survived the attack.

The fighting between government forces and rebels caused deaths and devastation everywhere. “Hunger and famine made the situation worse. People were too afraid to go to their farms to cultivate their crops because they feared meeting rebels,” Nyalual recalls.

She fled together with her mother and extended family to Uganda.

Business women getting together

The family ended up in Bidibidi refugee settlement, close to the South Sudanese border, where NRC is offering vocational training to refugees. After Nyalual attended tailoring and dress-making courses, she formed Kuancho women’s group, bringing together 8 business women. The group was granted a start-up capital of 3.7 million Ugandan shillings (962 US dollars). The women used the capital to open a shop at Bidibidi centre, and bought clothing materials, beauty products and shoes that they could sell. The group members also bought a second sewing machine through a loan so that they can make new clothes and provide refugees with tailoring services, using the income to repay their loan.

“When refugees are given the right tools and opportunities, they cease to become a burden to the host country’s economy. Instead, they turn around and bring new ideas that thrive and turn previously sleepy villages into dynamic business hubs,” says Enock Mambili, NRC’s Area Manager in Uganda.

The women take turns to run the business; Nyalual supervises the shop on Tuesdays. Occasionally, she offers to help when another group member has an emergency.

“Sometimes a child falls sick and one of the women has to take the child to hospital, or there could be a problem in the settlement and someone has to attend tribunal matters,” she says.

On their days off, the women are usually out in the fields doing farm work.

On Sundays, Nyalual, together with her mother and children, attend church services at St. John’s Church in the refugee settlement. She prays for her business to grow. “I usually pray for strength and the spirit of honesty so that my group members and clients can continue to trust me,” she says.

Facts about refugees in Uganda
NRC in Uganda 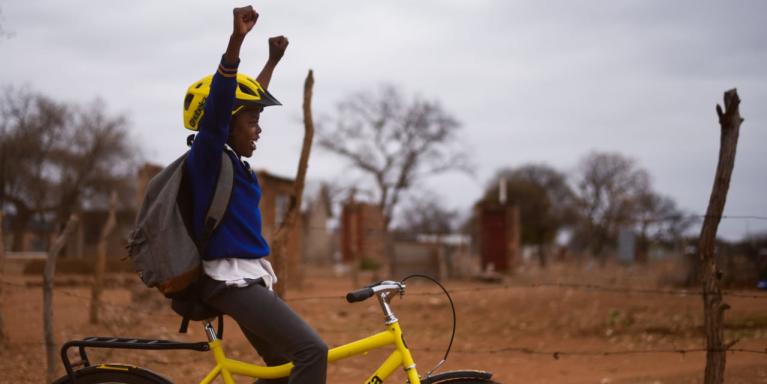 Imagine you’re a refugee in a foreign country. You have no income and few possessions. You desperately need transport so you can earn money to feed your family. But the nearest town is 20km away and the bus fare is expensive. What do you do? 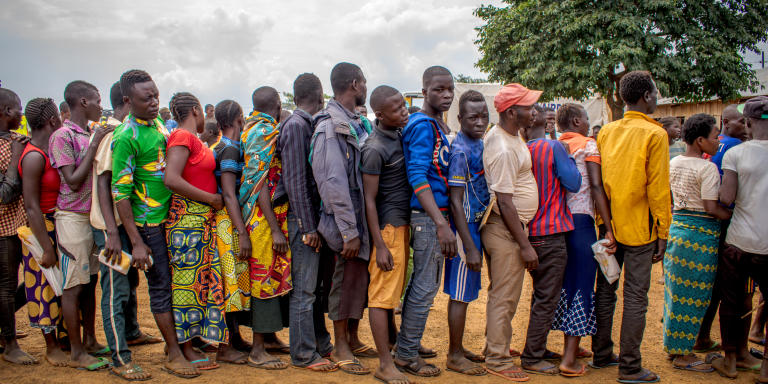 Congolese refugees fleeing to Uganda nearly double to 8,000 in past month 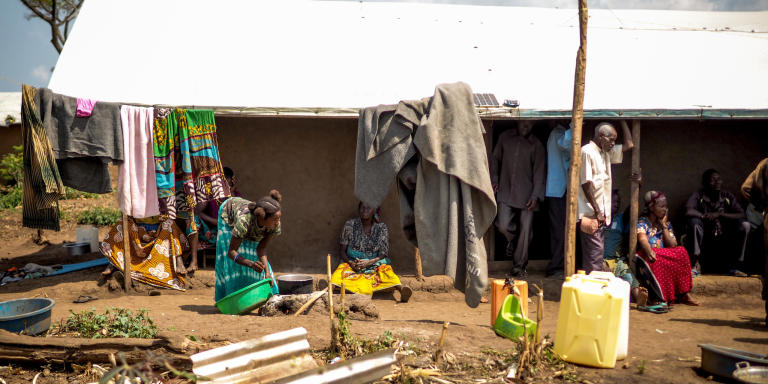 Rich nations must renew support for refugees in Uganda

Living conditions in some of Uganda's largest refugee settlements are deteriorating due to a lack of funding and are resulting in refugees taking drastic measures to survive. The Norwegian Refugee Council calls on donor countries to take more responsibility for the 1.2 million refugees living in the poverty-stricken nation.