Chris Muturi|Published 06. Apr 2018|Edited 04. Apr 2018
Kenya South Sudan Education Training
Abdul, 34, was born in the Darfur area of Sudan to a family of nine. After his two brothers were killed and his remaining family was taken captive by the area’s militia, he fled to the capital of South Sudan, Juba. When war broke out in 2013, he fled once again, this time to Kenya.

In Kenya, Abdul was registered as a refugee in 2014. “At Kakuma Refugee Camp, boredom pushed me to join the Norwegian Refugee Council’s programme (NRC) in 2015. I was among the first batch of students to be trained in Motor Vehicle Mechanics (MVM) the same year and graduated after six months.”

Our educational programme, funded by UKaid, provides refugees and host community youths who have dropped out of formal schooling, and those who have never been to school, with vocational skills, training based on marketable skills and assessed value chains.

According to Abdul, “immediately after graduation, NRC advertised to recruit MVM teachers, and I successfully applied. We were then put in a group of 10, where we were given start-up kits that included tools and a garage shed in a nearby shopping centre within the camp.” The group finally opened their garage in 2016. “MVM now runs in my blood, and I am very passionate about it,” he says proudly.

“Our aim is not just to repair, but also to do something different, we want to come up with something innovative,”
Abdul (34)

They now have the skill sets to repair engines ranging from 1 to 2500 Kilovolts. According to Abdul, “our aim is not just to repair, but also to do something different, we want to come up with something innovative.” To brainstorm ideas, they meet as a group every evening to discuss different ways in which they can scale up their business.

“We are also looking for scholarship opportunities to sharpen and further build our skills,” he adds.  As of now, even though four members of the group have departed to resettle in different countries, “the business keeps growing by the day, and “we hope to offer our services to big organizations,” an optimistic Abdul concludes.

Currently, the garage is open all day, and members take shifts being on duty.

As plans get underway for the formation of the transitional government in South Sudan tomorrow (Saturday, February 22), protecting its people, preserving peace and providing humanitarian access to areas gripped by food insecurity caused by extreme weather and locusts must be among the top priorities for leaders. 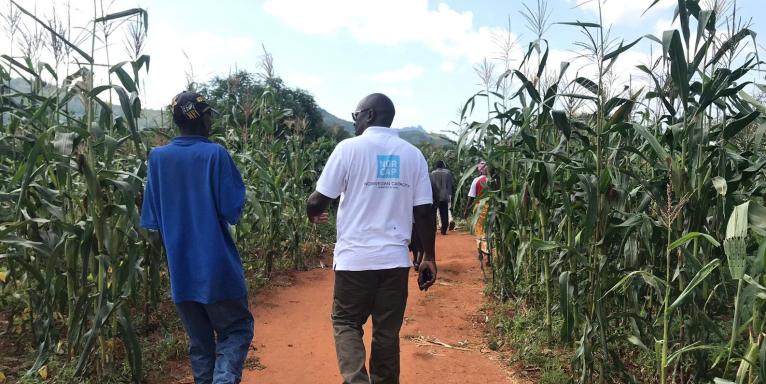 In the Horn of Africa, local radio stations provide updates on entertainment, sports and health, so why not weather and climate too?