NRC's Humanitarian Policy Adviser Kate McGrane|Published 17. Nov 2017
Global Education Humanitarian principles
Communities in some of the most dangerous corners of the world will be left without lifesaving aid because of countering violent extremism agendas. Millions of people living in countries facing famine may be hardest hit.

This op-ed was first published by Inter-Press News agency. Read it here here.

“Countering violent extremism” is a popular concept doing the rounds in today’s humanitarian circles. It is a strategy that states are increasingly using to combat terrorism. Approaches include domestic surveillance, policing, counter-extremist messaging, and education. In more repressive countries, extreme methods include mass arrests, detention without trial, torture, disappearances, and executions. These actions target people who are considered at risk of joining extremist groups.

Sound familiar? That is because they have much in common with counter-insurgency and anti-communist strategies dating back to the Cold War. Let’s not forget that winning hearts and minds has a poor track record. The US strategy to defeat the Taliban insurgency by providing development aid in Afghanistan is a classic example.

But governments are keen to embrace the countering violence extremism concept to convince voters they are working to keep terrorists at bay. Some aid organisations are also stepping in line, especially when donors are allocating their money. But this is a dangerous road to take, and many humanitarians are reluctant to follow suit.

Aid organisations are often seen as well placed to implement strategies of countering violent extremism as many of our organisations work in some of the harshest corners of the globe where radicalised young people live. For example, extremist groups are active in three of the four countries currently on the brink of a famine – Nigeria, Somalia and Yemen.

Some states see aid as a means of killing two birds with one stone; injecting money into relief programmes in areas where radical extremists are likely located, in an effort to deter them from picking up arms.

Sound too good to be true? It is, and here are four reasons why:

First, the cornerstone of humanitarian action is delivering aid based on needs alone – giving to the most vulnerable communities whose lives often depend on it. Does this mean families in radicalised areas of Iraq deserve food more than families on the brink of famine in South Sudan, or those displaced by political violence in the Democratic Republic of the Congo, where radicalisation is not considered a threat?

The head of the World Food Programme, David Beasley, recently remarked that his organisation “is the first line of offence and defence against extremism and terrorism.” But to what cost? The lives of millions of families on the brink of famine depend on Beasley’s food aid.

We must not view human suffering through this lens.

Second, humanitarian principles by which aid workers operate keep us impartial and independent. The countering violent extremism agenda asks us to abandon our humanitarian constitution in favour of a political agenda.

Consider young men who have fled conflict. They are seen as particularly vulnerable to violent extremism. Does this mean they should get special treatment in refugee camps over the needs of young women or even children? In conflict situations, women and children are statistically more vulnerable – women to rape and abuse, children to malnutrition. Funding often goes to ensure the particular needs of these vulnerable groups are addressed and that they are protected.

Third, aid workers abide by the concept of neutrality. Not taking sides in a conflict enables us to deliver aid to communities on all sides based on their vulnerability, not political criteria.

Negotiating access in many parts of the world is a carefully planned and managed process, whereby trust is built between the aid organisation and the groups controlling an area with acute humanitarian needs. Successful access negotiation is often premised on humanitarians being neutral and not acting on behalf of any political or military group.

It would be utterly unfair to run education programmes where communities with out-of-school children could lose out in favour of children living in areas perceived to be more at risk of radicalisation.

Despite this, education programmes are increasingly considered as useful to implement government policies, and are aimed at preventing radicalisation of young people. In a recent guide for policymakers, the UN’s education arm, UNESCO, goes as far as highlighting the importance of “education as a tool to help prevent violent extremism”.

How will communities view us if we open schools that only help one side of a conflict – for communities living in areas seen as more radical? We will quickly destroy any neutrality we have, and put ourselves in the line of fire.

Aid organisations cannot remain neutral if we are influenced by a government extremism strategy. We will no longer be impartial if we prioritise those at risk of radicalisation, rather than a family with lifesaving needs. This will come at the expense of vulnerable communities.

The very people who are already victims of violent extremism will suffer most.

Finally, evidence is scarce that conscious countering violent extremism approaches have successfully reduced extremism. There is little to suggest that providing aid reduces the incidence of terrorism or the likelihood of people adhering to jihadist causes.

If we respond to states’ insistence and support their political agendas against violent extremism, we will reach a point when we stop being humanitarians. We will no longer be impartial, independent actors.

When humanitarian programmes are driven by a political objective, it sets a precedent for others. The UN would be wise to remember this. 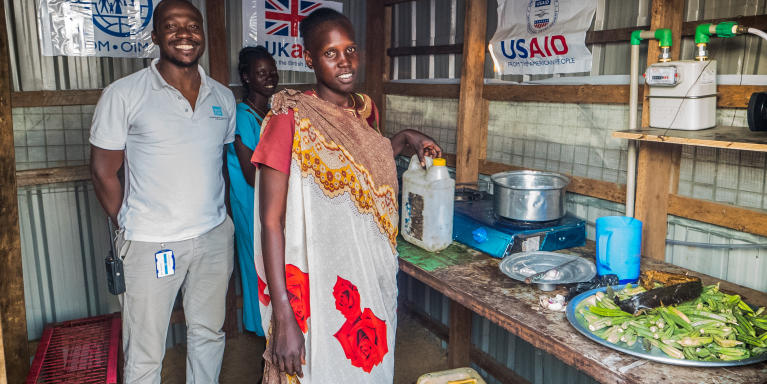 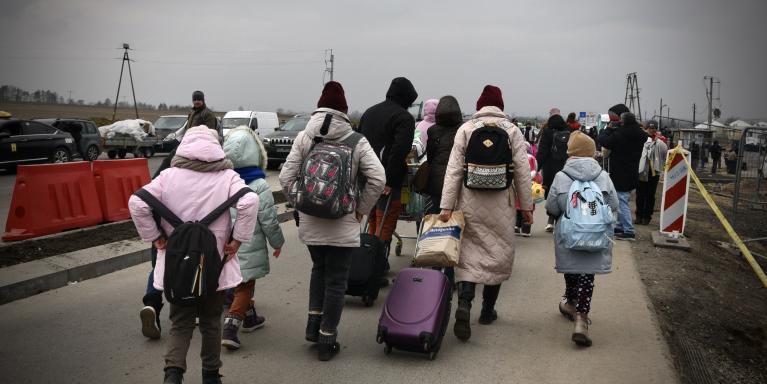