NRC and IDMC|Published 22. May 2017
DR Congo Internal displacement
Over 922,000 people were forced to flee their homes inside the Democratic Republic of the Congo (DRC) in 2016. This was the highest number of internal displacement due to conflict recorded globally, and was one of the most startling findings of the Internal Displacement Monitoring Centre’s global report which was launched in New York today.

“DRC’s largely forgotten crisis in central Africa superseded all other crises in terms of the number of people forced to flee their homes,” said Ulrika Blom, the Norwegian Refugee Council’s Country Director in DRC. “Even Syria or Yemen’s brutal wars did not match the number of new people on the move in DRC last year.”

“Certain countries drop off the international agenda only to re-emerge a few years later with significant numbers of new displacements,” said Alexandra Bilak, Director of the Internal Displacement Monitoring Centre (IDMC). “This was the case for the Democratic Republic of the Congo, which highlights how the failure to address the underlying causes of conflict and crisis results in cyclical patterns of displacement.”

The new IDMC report found that political insecurity in DRC aggravated long-standing ethnic tensions and clashes between armed groups last year, particularly in North and South Kivu provinces in the east of the country.

Of the 3.7 million displaced people overall, over 1 million are newly displaced since the start of 2017 after violence clashes in Kasai province. Over half the rest of the people displaced are in North Kivu (837,000) and South Kivu (387,000).

“DRC is the world’s most forgotten crisis,” said Blom. “Humanitarian needs here are immense. But despite over 7 million people needing aid, the US$813 million international aid appeal is only 20 per cent funded.” 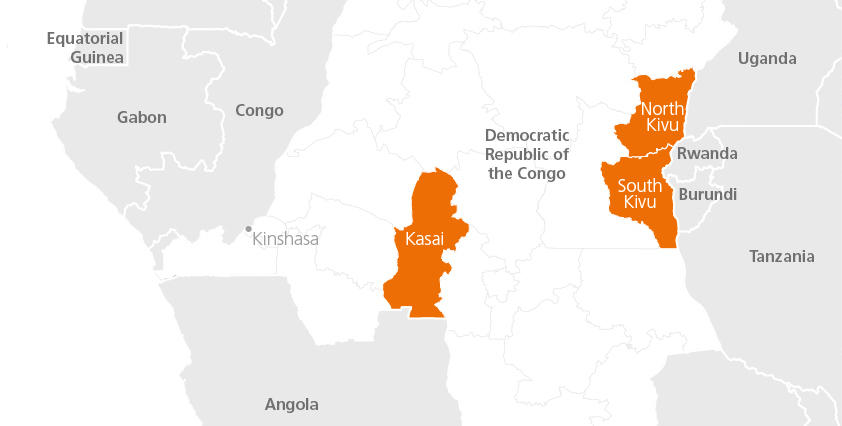 Twenty years of armed conflict and inter-communal violence has pushed millions of people into vulnerability, faced to fight off food insecurity, malnutrition and epidemic outbreaks.

Communities in North Kivu province, for example, have been left with acute needs. Raids and communal clashes between armed groups in Walikale and Lubero territories forced nearly 373,000 people to flee their homes, making up 42 per cent of the province’s displaced population at the end of 2016.

NRC is concerned by the UN mission in DRC, MONUSCO, reducing its presence in some territories. As such, it is crucial now more than ever that humanitarian agencies are able to step up efforts to ensure that displaced families are fully protected. “Unless we properly define who and how we can protect civilians after the UN mission scales down, DRC’s people will be plunged deeper into crisis,” warned Blom.

About NRC and IDMC

The Norwegian Refugee Council is a humanitarian organization working in more than 25 countries globally. It set up in DRC in 2001, and today helps communities in Baraka, Beni, Bukavu, Goma, Kinshasa, Kirumba, Kitchanga, Masisi, Nobili and Pinga.