Published 09. May 2016
Ukraine Information, counselling and legal assistance (ICLA)
A new legal aid centre has opened in eastern Ukraine to help people affected by the conflict understand their rights and legal entitlements.

The Norwegian Refugee Council (NRC) set up a legal aid centre in Ukraine's Donetsk region in April. The centre helps people affected by the conflict by offering legal counselling and information, so that they understand their rights and can overcome legal obstacles.

About 1.5 million people have been forced from their homes in eastern Ukraine since armed conflict broke out in the region in 2014.

The lawyers working in the new centre provide a range of free counselling services including how to access social aid, how to get rental subsidies, and how to replace important documents like land and property deeds. The lawyers will provide legal information and counselling to people across the entire northern part of Donetsk region.

"I wanted to work as an entrepreneur," said 25-year-old Alina, who fled her home in Horlivika City. "But it was difficult to prove I was from an area not under the Government's control. The legal aid centre explained my rights to me and helped me get a certificate to prove I was displaced from my hometown. Now I can get registered as an entrepreneur and earn a living."

"We opened the legal aid centre specifically in the Kramatorsk area of the Donetsk region as it is home to about 150,000 people directly impacted by the conflict, and also hosts thousands of displaced people. We want to be on the frontline of where people need us most. Here we can help them protect their rights," said NRC Programme Manager Miradije Hodza.

Since NRC started working in eastern Ukraine in 2014, almost 9,000 people have received some form of legal assistance from NRC.

"The centre in Kramatorsk is our third legal office in Ukraine," said NRC Country Director Christopher Mehley. "We first started providing legal assistance to people in the Luhansk area soon after we began working in Ukraine. A second office was opened in Kharkiv in 2015. We work where the needs are greatest."

The Norwegian Refugee Council set up a country programme in eastern Ukraine in 2014 following the outbreak of armed conflict in the region. The programme works to help civilians affected by the hostilities, and provides other services including emergency shelter, water and sanitation support. 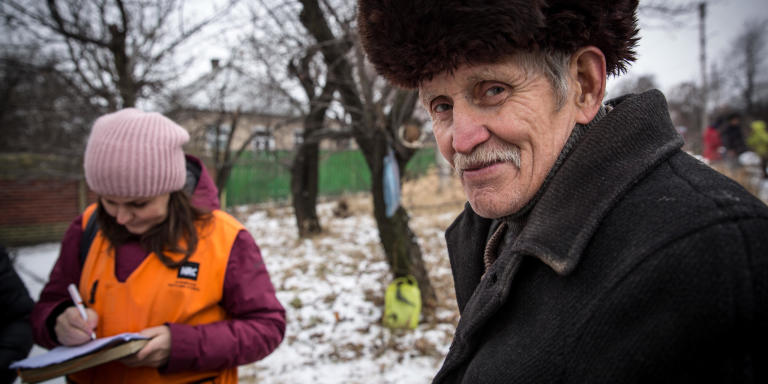