Stella Atiti|Published 04. Sep 2015
Yemen Cash and voucher Livelihoods and food security
13 million in people in Yemen are in need of urgent assistance. NRC distributes food and provides ‎families in need with cash assistance – but the relief work is challenging.

“The fighting in Yemen has exacerbated the already dire situation. Access to basic, life-saving services and provisions is nearly impossible for most civilians. Humanitarian agencies are faced with huge access obstacles in their efforts to deliver assistance to Yemen’s affected population. In a country that is yet to reach a compromise over its crisis, a famine can only worsen the situation, and trigger more violations of human rights”, says Wairimu Munyinyi, NRC’s Regional Protection and Advocacy Advisor.

The food security ‎intervention scheme has reached 11,977 conflict-affected households in Hajjah, Hodeidah, Amran, Abyan, Aden and ‎Sana’a.  Food distribution has been implemented in partnership with the World Food Programme and is currently ongoing in Sana’a.  ‎Beginning from September, NRC will extend food distribution efforts to the Hajjah Governorate.  The food basket constitutes ‎of wheat flour, pulses, cooking oil, sugar, soy blend and salt‎. In addition, NRC has been able to support more than 30,000 people with unconditional cash handouts the affected population has been able to use to purchase food.

However, multiple constraints including security and logistics, are making the humanitarian work challenging.

The United Nations has warned that Yemen is on the ‘brink of famine’.  The World Food Programme estimates that 13 million people need urgent assistance. Bearing in mind that even before the current crisis, Yemen was already listed as the most water-insecure country in the Middle East. Over 40% of its population was said to be food insecure at the time. Yemen is not self-sufficient in terms of food production, and the country imports most of its food from neighbouring countries, in normal circumstances. 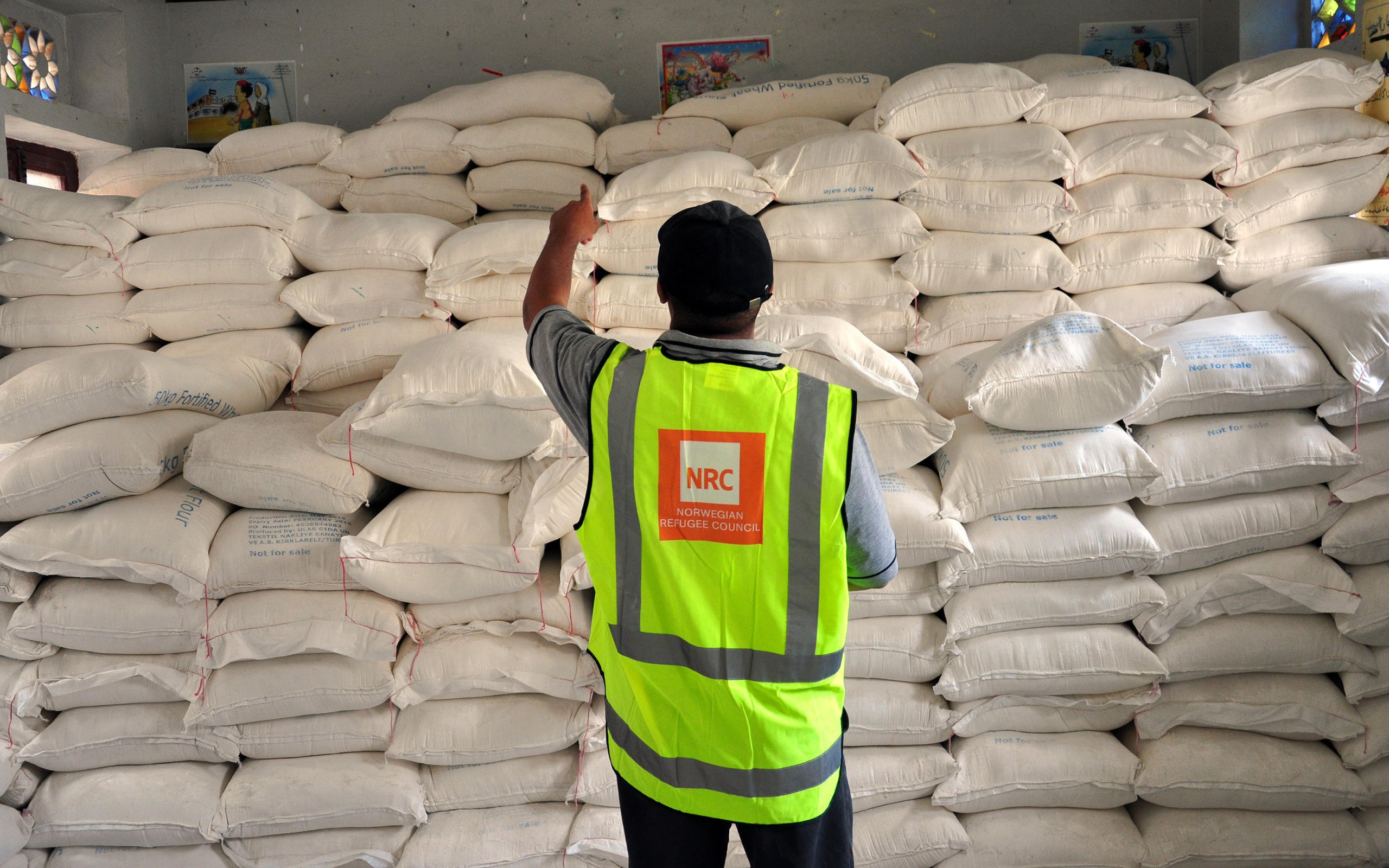 Wairimu Munyinyi emphasizes that the possibility of famine threatens the survival of affected populations, but also increases the inevitability of conflict over any resources that could enhance chances of survival.

“The international community must act immediately and avert the humanitarian catastrophe that awaits Yemen, faced with the threat of famine. The humanitarian response to the famine alert in Yemen must not be dictated by definitions and minimum standards but by genuine commitment to save lives, through the immediate and unconditional delivery of humanitarian aid to the country”, she says.

“NRC can do more if its national and international staff would have unlimited access to people in need. Moreover NRC and other humanitarian organizations will be able achieve better if commercial shipments through traders were allowed in to the country”, says Hanibal Abiy Worku, NRC Country Director in Yemen.

Yemen: Reopening of Sana'a airport is a stepping stone towards sustainable peace

Yemen: Civilian casualties halved since the start of the truce