Humanitarian agencies in Cox's Bazar and Bangladeshi authorities scrambled to cope when thousands of people in need fled across the border late last year. In a short period of time, what was once a vast shrub-land was transformed into the world's most densely populated refugee camp.

Because of the crowded living conditions, it has been difficult to find room for much-needed services such as water and sanitation, health centres, schools and safe spaces for women and children.

"The scale and intensity of the humanitarian challenges remind me of the situation in Rwanda, and the mass exodus to neighbouring countries such as DRC in 1994", says NORCAP's director, Benedicte Giæver, who visited Bangladesh and Myanmar in November, 2017.

Despite the Bangladeshi government's great efforts to help, there is a substantial lack of humanitarian expertise, capacity and resources to deal with such a vast refugee population.

Giæver is particularly worried about the shortage of capacity to address protection risks and needs, because basic life-saving assistance necessarily took priority. The high number of female-headed households and unaccompanied minors means agencies have to consider a complex protection response, including psychosocial support, assistance to child survivors of sexual violence, trafficking victims and the prevention of gender-based violence.

Prior to the current crisis, NORCAP had deployees in Cox's Bazar working to assist the 300,000 refugees already in Bangladesh. In the weeks following the new influx, we scaled up our presence to meet UN agencies' need for support, deploying 24 experts in all, making it one of our biggest operations of the year.

"The greatest contribution of the NORCAP deployees is that for the most part they are older and more experienced staff and not only contribute in their day-to-day work, but several have taken on the unofficial role of mentoring some of the younger internal staff", says John McCue, Emergency Coordinator for the International Organization for Migration (IOM) in Cox's Bazar.

We have helped to improve collaboration between agencies and enhance the sector response. Deployees to IOM, UNHCR and UNICEF have worked closely together to ensure a common approach on the information refugees receive and their opportunities to provide feedback. Deployees to UNHCR and the UN Population Fund (UNFPA) have collaborated to ensure that refugee health centres have trained midwives. They have also trained community workers to deliver important health messages to the refugees.

Return is not an option

Officials from Bangladesh and Myanmar signed a repatriation deal in November 2017, opening up the possibility of return to a country from which many Rohingya are still trying to escape. The aim is for most of the refugees to return within two years, but neither the UN Refugee Agency (UNHCR) nor the Rohingya themselves have been consulted about the process.

"It is practically impossible to repatriate a population that is still fleeing and highly traumatised. Most refugees don't feel secure and don't want to go back until their full Myanmar citizenship is assured", says Abdifatah Ahmed, a NORCAP communication with communities expert.

He is deployed to UNHCR, which has said no refugees can be expected to go back until the authorities are able to guarantee safe, dignified and voluntary returns.

Refugees themselves also have clear views about the prospect of going back home. "If the Rohingya can get equality in Myanmar, I will go back. If not, it is better to stay in Bangladesh", says Faisal*, a middle-aged man who fled across the border with his family.

Planning for the long term

Humanitarian agencies are preparing for a long stay in Cox's Bazar. The monsoon rains will begin in June, creating hazardous conditions in the camps. The rains have the potential to cause floods and landslides, and sewers may well overflow, increasing the risk of cholera and other deadly diseases.

NORCAP deployees are mapping potential flood areas in the camps and finding ways to reduce the impact of the rains. They are helping people relocate to safer areas, improving sanitary facilities and building footpaths and bridges to ease movement.

Across the border in Myanmar, the international community is concerned that every time there is an outbreak of violence in Rakhine, the humanitarian space shrinks and never fully reopens.

Agencies struggle to direct life-saving aid to the most vulnerable groups and the restrictions make it difficult to get sufficient information on the humanitarian situation.

"The Rohingya are a minority which has not been granted full citizenship in Myanmar. Even prior to the increased violence, many struggled to make a living and especially among the children there were high rates of malnutrition," says Ingvill Håkås Tveite, who was deployed from NORCAP to UN OCHA in Myanmar.

Lack of proper communication with the authorities and other ethnic groups in Rakhine who believe they are equally entitled to aid also make it difficult for humanitarians to prioritise the Rohingya.

* Name has been changed to protect the refugee's identity.

** This story was first published in our NORCAP Annual report 2017. 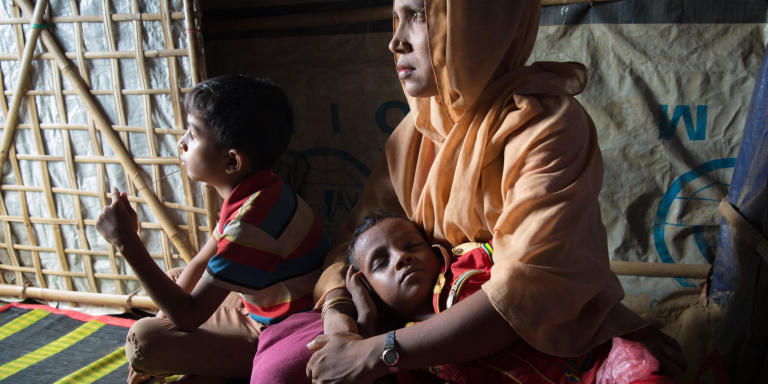 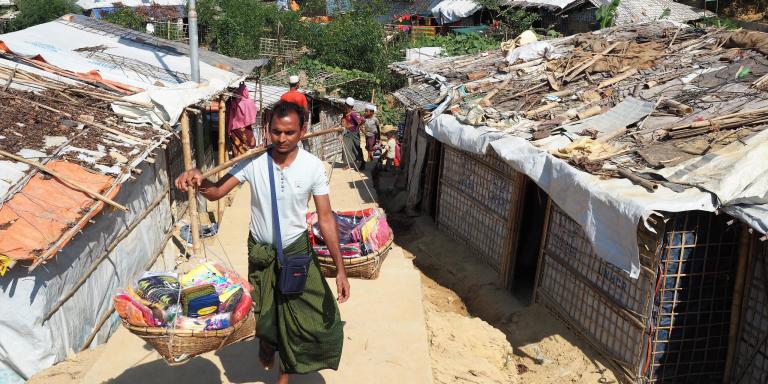 Two years after the people of the Rohingya minority fled Myanmar, 900.000 refugees are trying to rebuild their lives in neighbouring Bangladesh. NORCAP experts support the humanitarian response and our projects target some of the most critical gaps in the assistance. 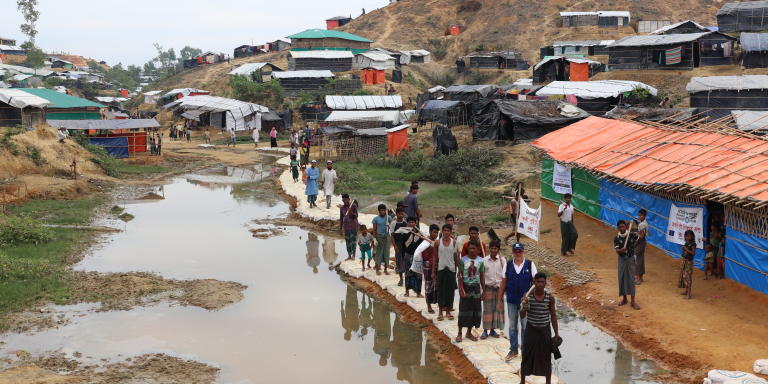 In the days following August 25, 2017, hundreds of thousands of Rohingya refugees fled their homes in Myanmar for Bangladesh. In the two years since, continued efforts to protect the Rohingya community from climate hazards in overcrowded camps have resulted in a prolonged emergency response. Now, affected communities must be included to secure durable solutions.