We were approved as a humanitarian partner by the Federal Foreign Office (FFO) in May 2018 and our first projects (Cameroon and Yemen) were approved in November 2018. Another important partner is KfW, with whom a first contract (Afghanistan) was signed the same month.

The Institutional Partnership Advisory (IPA) team in our Berlin office works closely with the German government and other government bodies and organisations represented in Germany, in order to strengthen our strategic partnerships, raise money for aid operations, and ensure that funding for disaster response is spent in the most effective way possible. The IPA team provides expert advice on German partners to both Head Office and to all NRC Country Offices.

The office regularly hosts NRC experts from the field and HQ and facilitates briefings and communication with relevant German actors.

NRC Flüchtlingshilfe is also a resource to universities, think tanks and the general public on refugee issues. 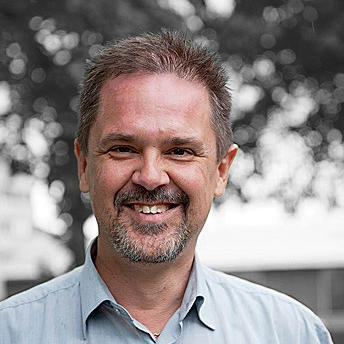 Per Byman is the Managing Director of NRC Flüchtlingshilfe, and is responsible for providing overall leadership to the organisation.

Prior to joining us in February 2018, Mr Byman was the Executive Director of the fundraising foundation of Swedish public service television, Radiohjälpen (Radio Aid). He was responsible for the foundation's work with fundraising from the general public as well as establishing Radiohjälpen as a respected humanitarian actor in Sweden. Between March 2013 and December 2017, Mr Byman was a member of the Board of Directors for NRC in Oslo.

Mr Byman has previously worked as Humanitarian Director for Sida, the Swedish International Development Co-operation Agency and held various positions for the international Caritas network in Sweden and Bosnia-Herzegovina. He holds a BA in German and an MA in German Political Linguistics, both from the University of Stockholm.

In addition to his native Swedish, Mr Byman speaks fluent German, English, Bosnian/Serbian/Croatian and Spanish as well as functional Romanian, Russian and Czech. 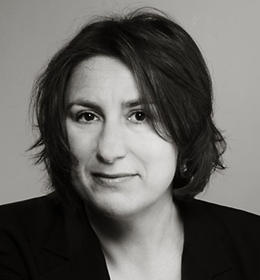 Gabriele Nolte is Head of Finance and Administration at NRC Flüchtlingshilfe and joined us in March 2018. Following an extensive career in both the NGO and commercial sectors, she has a keen interest in working with organisations to develop sustainable operational models to deliver social impact.

Ms Nolte has a wealth of experience in finance, project, administration and human resource management, having worked among others at MSF, Red Cross and Transparency International, both at headquarters and local offices in Zimbabwe, Zambia, Sri Lanka and Maldives. Additionally, her private sector experience includes senior management roles in finance at several small and medium size businesses in Berlin, where she has contributed to the delivery of sustainable operations. 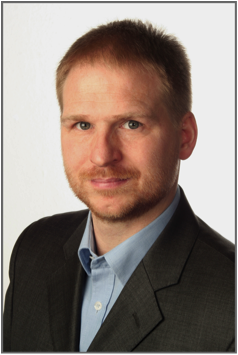 Timm Büchner is the Senior Institutional Partnership Advisor and Team Leader of the Programme Team for NRC Flüchtlingshilfe. He joined in early 2018 after working with both international humanitarian NGOs and the Red Cross in Berlin over the last decade. Mr Büchner's field experience is shown through his work in Kosovo, Afghanistan, Russia, Pakistan and Sri Lanka in humanitarian and development settings. He holds a Master's degree in International Development Management from the Open University and is an election observer with the Organisation for Security and Co-operation in Europe.

At NRC Flüchtlingshilfe, Mr Büchner is responsible for strategic relations with German donors, in particular the Federal Foreign Office (FFO), the Federal Ministry for Economic Cooperation and Development (BMZ), GIZ and KfW. 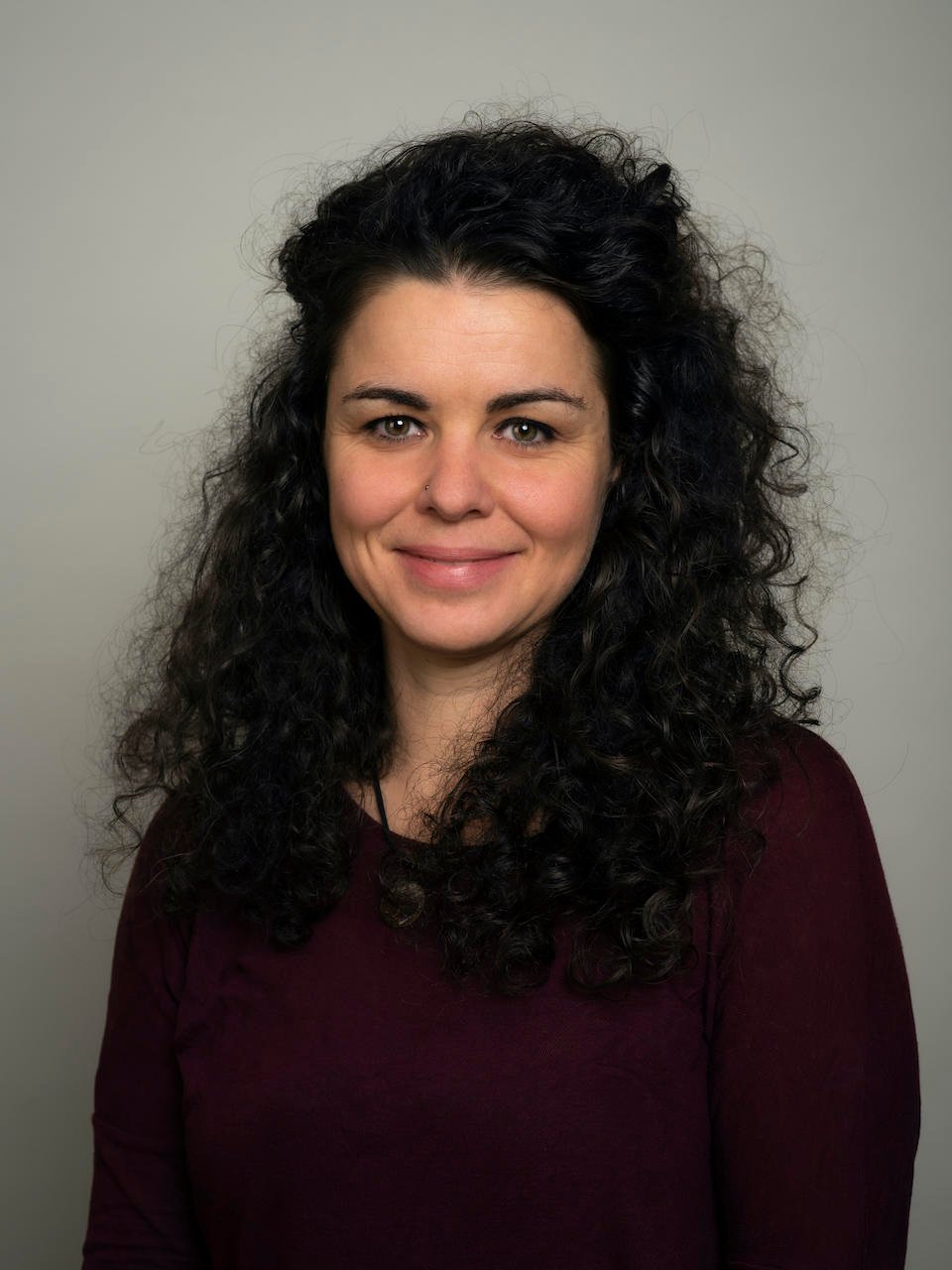 Katharina Lahr is the Grants Co-ordinator for a Global Covid-19 project at NRC Flüchtlingshilfe, funded by the Federal Foreign Office (FFO). She joined NRC in July 2020.

Prior to joining NRC, Ms Lahr has been working both at HQ and field level for various international humanitarian and development Organizations such as the Red Cross, the Deutsche Gesellschaft für Internationale Zusammenarbeit (GIZ) and Caritas. In the past decade she was able to gain field experiences in South Sudan (2010 – 2012) and Sierra Leone (2013 – 2016). Ms Lahr’s area of expertise includes project management, organisational development, monitoring and evaluation, capacity building and training development with a strong focus on human rights and peace building.

Ms Lahr holds a Diploma in Educational Science and a Master in Peace and Conflict studies in addition to being a trained mediator and systemic coach. She speaks German, English and Spanish. 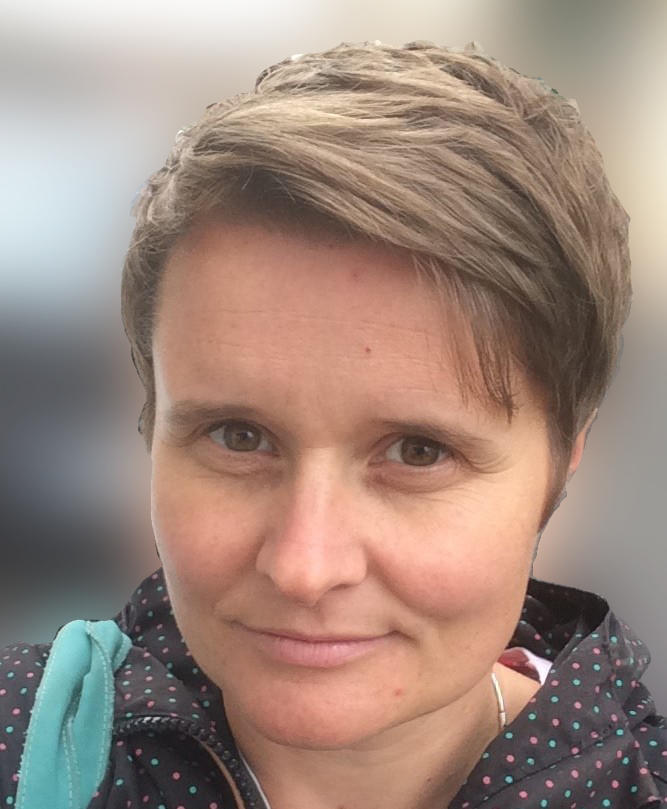 Sabine Sauer is the Grants Co-ordinator for NRC Flüchtlingshilfe, being responsible for project management and co-operation with German donors, in particular the Federal Foreign Office (FFO), the Federal Ministry for Economic Cooperation and Development (BMZ), GIZ and KfW.

Ms Sauer joined NRC in August 2020 after spending 2 years as Head of Office for German Red Cross in Morocco. Before this she worked several years working in the headquarter of German Red Cross for selected countries in the Middle East and North Africa. Sabine worked several years in Colombia, Kenya and Zimbabwe implementing humanitarian aid and development projects together with local NGOs. She holds a Master degree in Political Science from the Freie Universität, Berlin. 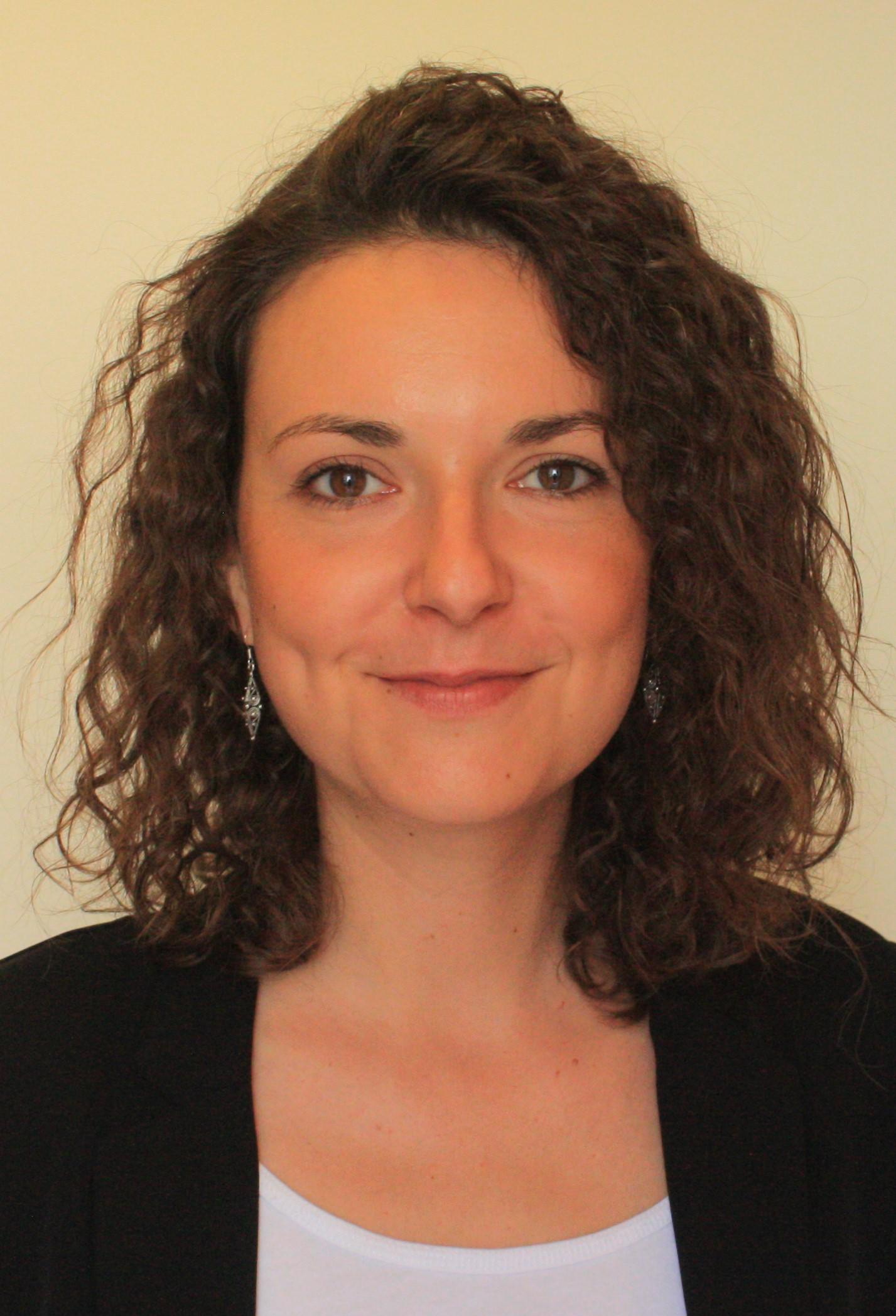 Sarah Duschka joined NRC Flüchtlingshilfe in May 2020 and is responsible for institutional partnerships with German donors and program/grants management.

Before she joined NRC, Ms Duschka managed development and public-private partnership initiatives with German Water Partnership e.V. and supported the Berghof Foundation’s Africa Programme in mediation processes and strengthening security mechanisms in the Horn of Africa, Ethiopia and (South) Sudan.

From 2016 to 2018, she worked for almost two years as a Project and Communication Officer for the Welthungerhilfe and the Uganda Refugee and Disaster Management Council in rural Northern Uganda managing different programs with South Sudanese refugees. Earlier, she had worked with Lettre International in Berlin and the Friedrich-Ebert-Foundation (FES), department for Global Policy and Development in the UN contact office, Geneva. Since 2013, she is an active executive board member and as of recently chair of the executive board of Momotombo e.V., a young NGO providing physiotherapeutic and psychological support to children with disabilities in Nicaragua.

Sarah Duschka completed her Bachelor in Politics & Society as well as Latin & Ancient American Studies in Bonn and Madrid. She further holds a Master degree in Conflict, Security and Development from King’s College London. Being fluent in German, English and Spanish, she has good knowledge of French and basic knowledge of Portuguese. 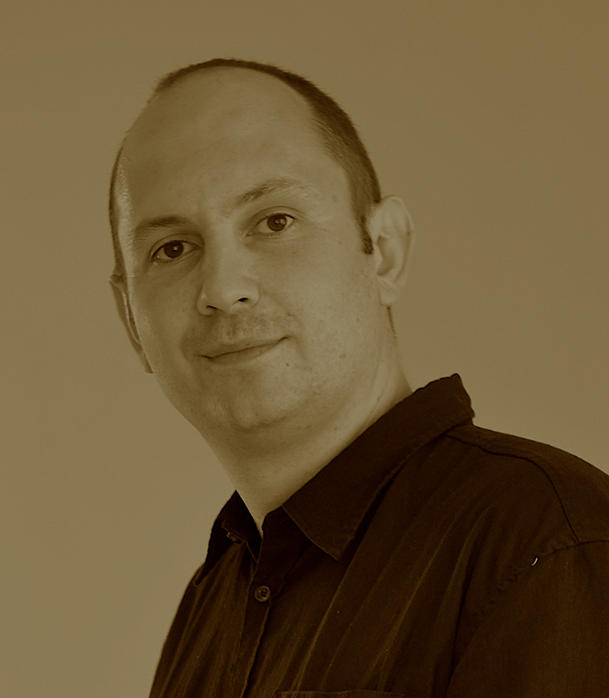 Andrija Danailov is the HR and Administration Officer at NRC Flüchtlingshilfe Germany. He is responsible for all HR related tasks and provides administrative support to the Head of Finance and Administration. He joined the organization in September 2021.

During his engagement at Junior Achievement Serbia, part of the JA Europe network, Mr Danailov gained his extensive experience in working with human resources, especially in recruiting, training and professional development of young entrepreneurs. In addition to his daily HR duties, one of Andrija’s main tasks was monitoring the implementation of projects whose aims were to empower the youth to engage in entrepreneurship and to build a sustainable network of entrepreneurs, both, on national and European level. He is especially proud of his role in successful realisation of projects which brought together a significant number of young people from four Western Balkan countries, once on opposite sides during the 90’s conflict in the former Yugoslavia.

He holds an MA in Human Resources Management and BA in Philosophy, with a focus on contemporary political philosophy, both acquired at the University of Belgrade. After moving to Germany, he attended various courses and specialized in German labour law, social insurance law, payroll accounting and project management. Apart from Serbian, his mother tongue, Mr Danailov speaks English, German, Macedonian, Hungarian and Russian. 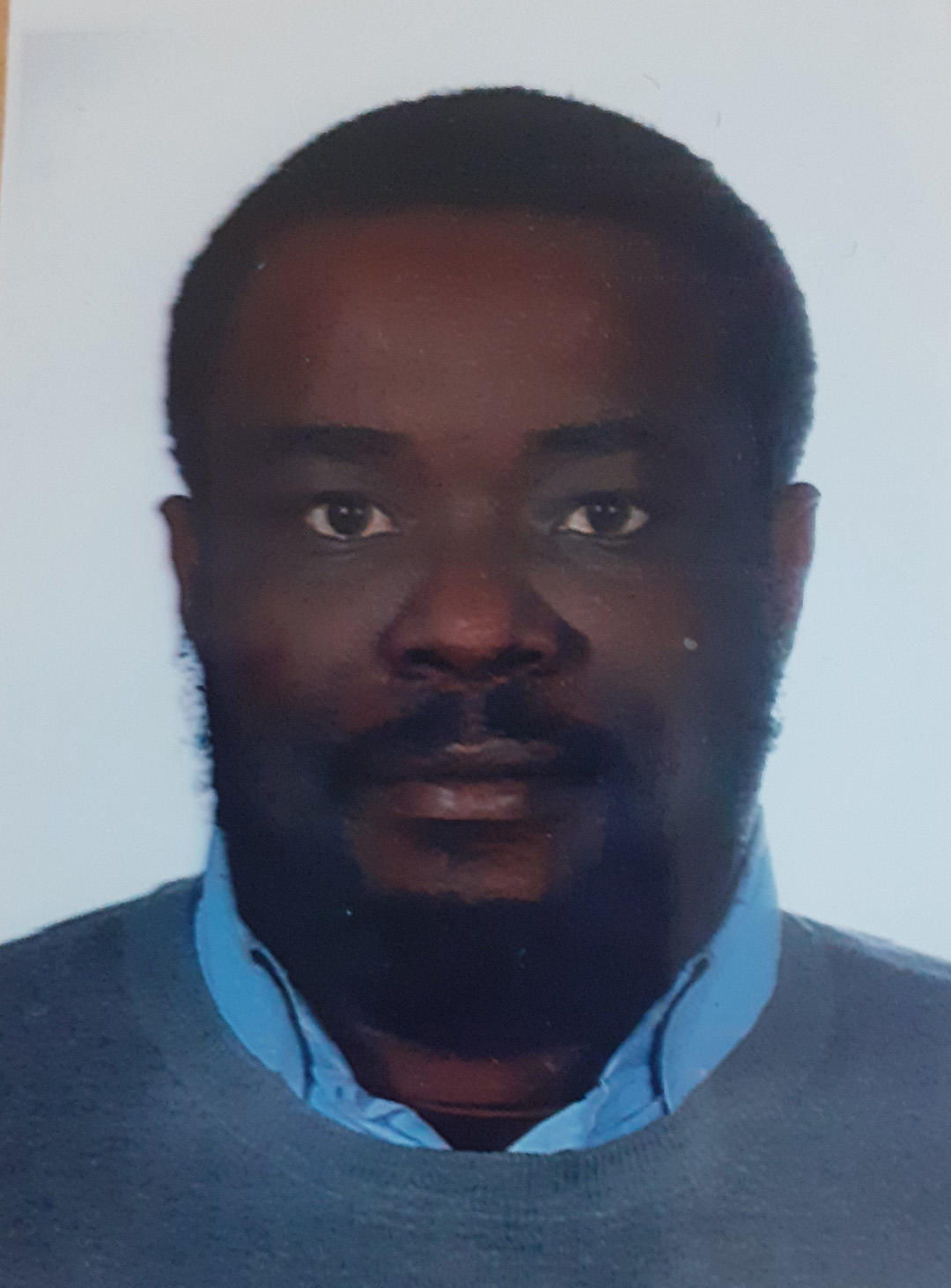 Titus Chai is the Finance Coordinator/ Controller for NRC Flüchtlingshilfe. He joined NRC in February 2022 after spending almost 2-year as a Project Accounting Specialist for the Transparency International Secretariat in Berlin, where he was inter alia tasked with providing financial management support to assigned programmes and programme staff. He has previously worked for the International Development Law Organization both at Headquarters (Rome, Italy) and Kenya country office. He also worked for KEMRI – Centre for Geographical Medical Research Centre Welcome trust in Kilifi, Kenya. His private sector experience involved working as an Internal auditor for the Postal Corporation of Kenya and an Accounts clerk for the Agricultural Finance Corporation (Kenya).

Mr Chai has over 12 years’ professional experience working in the field of financial management focusing on accounting, donor reporting, budgeting & control as well as auditing. He holds a Master of Business Administration (Finance), Bachelor of Commerce (Accounting) and an ACCA 3-Part Qualified.