The catastrophic Beirut Port explosion of 4 August 2020 caused widespread casualties and material damage, severely impacting the dense urban fabric and infrastructure of the surrounding areas. More than 350,000 people were directly impacted, with 60,000 households incurring damages to their homes, and thousands left homeless.

The explosion took place while Lebanon grapples with multiple crises – a deep socio-economic financial and political crisis and rising COVID-19 cases. In addition, the explosion exacerbated existing inequalities, creating further vulnerabilities and tensions within and across social groups in Beirut, and further increasing the high level of mistrust between the people and the state.

Within three days of the explosion, UN-Habitat and NORCAP’s deployment adviser to the Middle East and North Africa region had established contact and discussed rapid deployment solutions. During this time, UN-Habitat was already fully engaged on multiple levels in the humanitarian response, and identifying capacity for emergency response coordination and housing, land and property rights, was a priority.

NORCAP immediately identified potential candidates, with the relevant expertise – illustrating the vast resource, efficiency, experience and professionalism that the NORCAP modality can provide in times of emergency.

“I was impressed by how rapidly NORCAP was able to identify solid expertise necessary to support the unfolding humanitarian needs in Beirut. Within weeks, we had two NORCAP experts on board – both with vast experience in humanitarian emergency response and housing land and property (HLP) rights. And they very quickly found their respective roles, says Taina Christiansen, Head of Country Programme for UN-Habitat Lebanon.

The two experts, Carolina Mansur and Jenny Bjerlestam, have both worked for the organisation since the blast. Mansur has coordinated the shelter sector and is now supporting the merging of this framework with the Lebanon Crisis Response Plan.

In this sense UN-Habitat, thanks to NORCAP, contributes with the provision of continued expertise in both coordination and substantive inputs to the future Shelter Sector response – ensuring expertise is maintained, filling in critical gaps to what is a largely a continued urban response.

Mansur also supports the housing sector under the framework of the Reform, Recovery and Reconstruction (3RF), which contributes to the ensuring of linkages, alignment, understanding and complementarity between this framework and the strategic response that took place in the Beirut Port Explosion (BPE) response.

“UN-Habitat aims to bring its expertise as a global player in urban crisis response and recovery. Urban settings can make humanitarian crisis response more challenging and requires an innovative and multifaceted approach to tackle complex issues.  I was able to leverage expertise to contribute to the immediate humanitarian response, and currently to the longer-term recovery and reconstruction of the city. Through the humanitarian-development nexus role that UN-Habitat plays, NORCAP expertise has contributed to bridging the transition following the Beirut Port explosion”, Carolina Mansur says.

Now, more than nine months after the explosion, while some of the most urgent issues related to shelter and repairs have been resolved, protection and shelter needs have changed.

People who have lived in the areas affected by the explosion for decades are being evicted. In many cases because they cannot pay rent in the current financial climate, but also because landlords are demanding higher rent after repairing their blast-damaged homes and apartments.

This occurs despite the Lebanese Government issuing legislation forbidding rent and sales transactions increases of buildings and housing units in blast-affected areas for a minimum two years after the blast.

Jenny Bjerlestam is leading a housing, land and property needs assessment covering households directly impacted by the explosion – both owners and tenants in Mar Mikhael and Geitawi. This detailed assessment – first of its kind following the explosion, will be critical to inform and safeguard tenancy rights as the recovery and reconstruction of the city continues.

While going from house to house in Mar Mikael, the assessment team spoke to many people who are exasperated. Many of them live in constant fear of being evicted.

“UN-Habitat will use the findings of the assessment to ensure the protection of the most vulnerable. One elderly man we talked to, burst into tears when explaining his and his family’s situation. Although both his sons work, they are barely able to afford rent. Still, their landlord has said he will increase it, Bjerlestam says.

Other tenants reported that although they know it is illegal to increase the rent, they do not see a way to fight it and if they do not pay, they fear being evicted. Jenny Bjerlestam hopes they will be able to help some of those suffering after the explosions.

“The first and immediate action is to refer them to free legal aid providers – of which there are a few. The second and medium-term action, is for the international community and funding partners, to use the assessment to fund programmes to support the area against gentrification and securing rights to adequate housing, including critical advocacy on the overall long-term affordable housing needs in Beirut”, she says.

Looking at the future

The devastation caused by the explosion took only a few seconds. It will, however, take years for the capital city to recover, particular in the midst of the multiple and concurrent crisis grappling Lebanon.

NORCAP’s deployment through UN-Habitat, played a crucial role in ensuring an urban angle to the response was ensured across the multitude of humanitarian actors – not only advocating for an area-based multi sectoral response, but to safe-guard the housing, land and property rights of the vulnerable.

Such expertise will be critical as the city has moved from the emergency phase to the recovery and reconstruction phase. 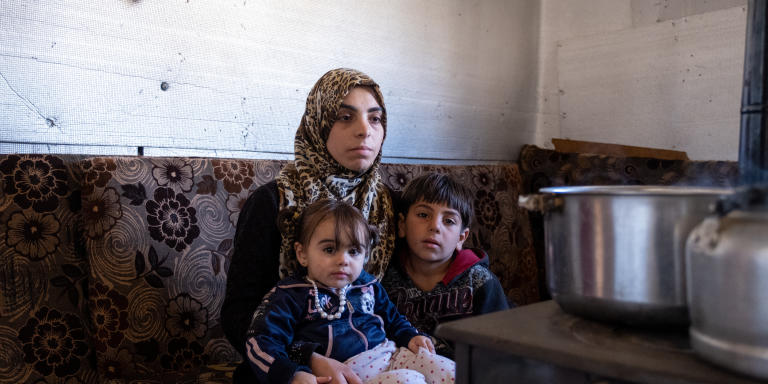 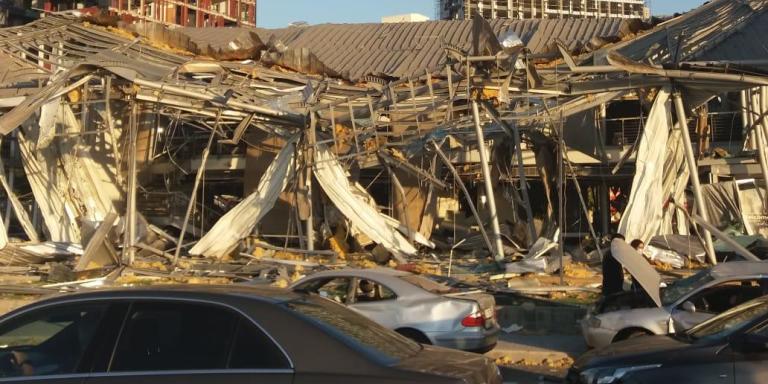