Published 05. Mar 2019
Afghanistan Natural disasters
More than 32 people have been killed and thousands of people are displaced as homes and buildings have been swept away by flooding across Afghanistan.

Just in Kandahar, one of the provinces that has been hardest hit by the flooding, hundreds of homes are destroyed and an estimated 4000 families are in need of assistance.

“With tent stocks already depleted and temperatures dropping during the night, there is an urgent need for more tents and winter clothes,” said Wilberforce Musombi, Emergency Manager for Norwegian Refugee Council (NRC) in Afghanistan.

“It was Friday, all day it rained, we thought it would stop but it grew more and more. By 10pm our house was full of water. Some government people came to the area to help and took us to a hotel for the night, but now we are back and our living condition is very bad,” Sadiqullah, a labourer from Kandahar city, told NRC staff on the ground.

NRC and other humanitarian organisations have been working around the clock since Friday 1st March, when reports of flooding were first received, to assess the needs of people affected by the flooding. Whilst the focus today is on immediate response, emergency preparedness is also critical.

“We fear that the current flooding is just an early warning of what will come. We are expecting more flooding during April and May,” said Musombi.

“We must start early preparedness activities as soon as possible, so we are better able to respond to natural hazards, as well as the ongoing conflict,” he added.

Outside of Kandahar province, thousands more people have been affected by flooding in the nearby provinces of Helmand, Farah and Herat. The impact of changing climate conditions, on top of over 40 years of conflict, is deeply affecting the people of Afghanistan.

“We’re likely to see more and more of these extreme weather conditions in Afghanistan, and it is often those who are already among the most vulnerable who are hit the hardest,” said Musombi.

Even before the floods this week, 6.3 million people were thought to be in need of humanitarian assistance across Afghanistan.

NRC has spokespersons available for interviews in Afghanistan. For more information or an interview, please contact:

Sounding the alarm about the lack of schools

More than three million Afghan children will not start school this autumn. Humanitarian aid organisations are losing heart. They have people on the ground, but they lack funding. Now, the Norwegian Refugee Council (NRC) is sounding the alarm. 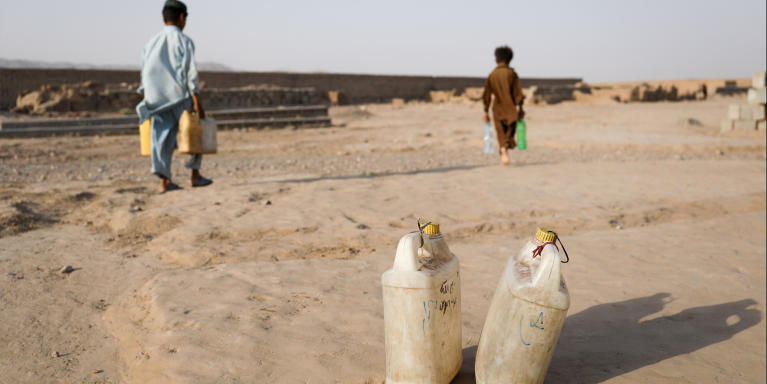 One year after the worst drought on record forced nearly half a million Afghans to leave their homes, many families remain in tents on the outskirts of Herat city. Unable to return home due to ongoing conflict, they struggle to survive as support is cut back