Ida Sem Fossvik|Published 12. Jan 2020
Bangladesh Expert deployment NORCAP
Two years after the people of the Rohingya minority fled Myanmar, 900.000 refugees are trying to rebuild their lives in neighbouring Bangladesh. NORCAP experts support the humanitarian response and our projects target some of the most critical gaps in the assistance.

The violence and abuse against the Rohingya population in Myanmar led to 750.000 refugees entering Bangladesh in less than three months at the end of 2017. The UN High Commissioner for Human Rights (OHCHR) referred to the attacks as “textbook ethnic cleansing”.

Today, the district of Cox’s Bazar, only a few kilometres from the Myanmar border, houses one of the world’s largest refugee camps, with close to 900,000 refugees living in temporary shelters.

The concentration of people in these camps is amongst the densest in the world and the conditions are poor. People lack proper shelters, toilet facilities, clean water and food.

The national authorities in Bangladesh and Myanmar have established a repatriation agreement, but few Rohingya are willing to return to Myanmar as long as the Myanmar government does not guarantee them citizenship and protection from further violence.

“The continued uncertainty of the Rohingya’s status and right to return to their homeland, coupled with a lack of education, learning and working opportunities in the camps, put them in an extremely vulnerable position. Although the Bangladeshi government have been very generous in accommodating the refugees, we need to find a long-terms solution for the Rohingya as well as the Bangladeshi host communities”, says Benedicte Giæver, Executive Director of NORCAP.

NORCAP had experts working with various UN agencies in Cox’s Bazar at the start of the Rohingya influx in August 2017. We responded to the urgent, life-saving needs, providing shelter, clean water, health services and education to the refugees.

From 2017 and throughout 2018, we had more than 70 experts working with UN organisations such as UNHCR, IOM and UNICEF and it was one of our largest responses in 2018. However, as the situation moved from an emergency into a longer-term crisis, our work has also shifted to longer-term projects.

In order to improve the coordination and information-sharing between the various UN agencies, and between the agencies and Bangladeshi authorities, we deployed Kaja Blattmann to the response.

NORCAP suggested that the position was created and proposed Blattman to fill the role. Blattmann says her role was questioned by many at the beginning of her mission.

However, when her deployment came to an end in December 2019, it was clear that her role had been greatly appreciated by both the government and the humanitarian actors.  She was seen as a neutral broker and managed to gain trust with the government body responsible for the humanitarian response to the Rohingya, the RRRC Office, and increase their engagement with organisations working in the Rohingya camps.

“The trust I had established enabled me to be involved in more strategic conversations at the RRRC Office. This made me better equipped to advice UN agencies, all the while balancing confidentiality and trustworthiness at the RRRC Office”, Blattmann says.

“The NORCAP experts have skills that are often difficult to come by. They bring us new ideas, increase our capacity to be creative and they are highly valued in our operations.” says Oscar Sanchez Pinheiro from UNHCR in Bangladesh, the agency that Blattmann was deployed to.

Reduce risk of violence against women and girls

The Rohingya are currently not allowed to work regular jobs in Bangladesh, which means that to a large extent, they are forced to depend on humanitarian assistance. Poverty, linked with an uncertain future and difficulties of providing for their families, increases the risk of violence, especially for women and girls.

According to NORCAP-expert Sydoine Claire Matsinkou Tenefosso, gender-based violence, such as child marriage, trafficking, domestic violence and negative coping mechanisms such as sex for survival, is high in the camps.

“Many of the cases are linked to economic resources. The most common form of gender-based violence here is intimate partner violence and we find that men are often stressed because they are not able to provide for their families and they take it out on the women”, she says.

Together with another NORCAP colleague,  she is currently setting up a project to address this. Their aim is for the project to greatly reduce the prevalence of such negative coping mechanisms and make life in the camps safer for women and children.

Tenefosso also supports UNICEF’s safe spaces for women and girls, where they learn practical skills like dressmaking and gardening, as they talk about issues that are important to them.

“In the camps, there aren’t a lot of places for the women to socialise. The safe spaces do not accept men, so it is an environment for women and girls to discuss issues of specific interest to them. Often they talk about domestic violence, child marriage, rape and other traumatic events that many of them experienced before, during or after their flight from Myanmar. We provide some services against gender-based violence and give them information about additional services that are available to help them”, she says.

Rohingya children do not have access to the national education system in Bangladesh. The education facilities in the camps are random, many lack curriculums, and there is a general lack of qualified teachers. Hence, 39 per cent of children between 3-14 years and 94 per cent of youth between 15-24 do not go to school.

To respond to the high level of out-of-school youth, NORCAP has deployed two experts who are responsible for designing and implementing practical vocational training of Rohingya youth.

They contribute to developing curriculums and provide training of local partners on how to develop similar programmes. These programmes are important because they provide youth with the tools and knowledge needed to make a living, while also reducing the risk of trafficking, child labour, prostitution, and early marriage.

The type of training the teenagers receive is in line with the needs in the camps, meaning that once the training is complete, they can find a job or create their own businesses, while also providing services needed in the camps. 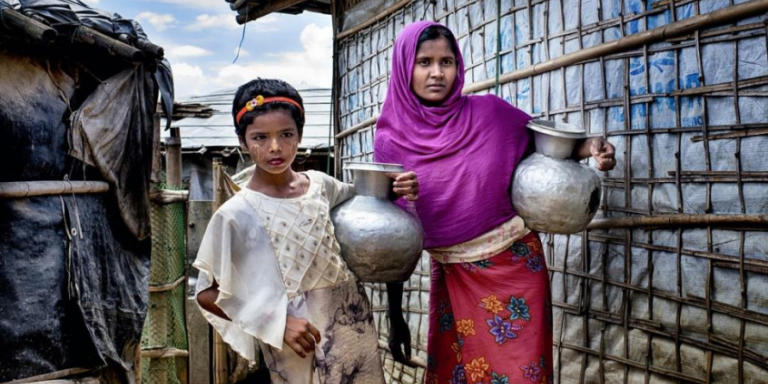 This year marks the 20th World Refugee Day with the theme “Together we heal, learn and shine.” Today, 22 international humanitarian organisations working in the Cox’s Bazar refugee camps celebrate the incredible resilience, strength and courage of people forced to flee, who shine through the hardships they’ve encountered. 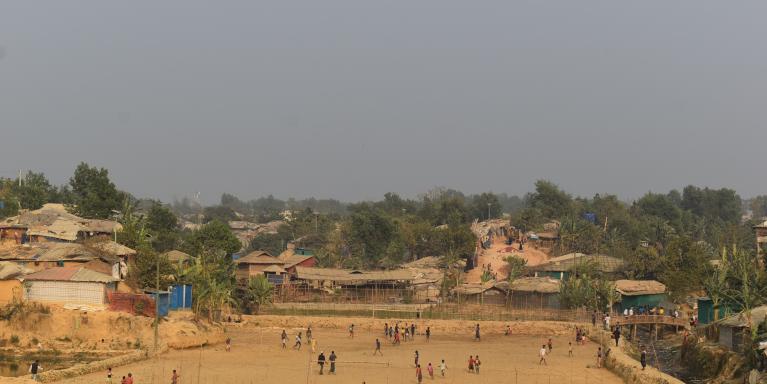 The Norwegian Refugee Council (NRC) joins other leading NGOs in calling for global community to support Rohingya refugees to live a safe and dignified life in the refugee camps in Bangladesh. Together we urge governments to contribute generously to the 2021 Joint Response Plan for Rohingya Humanitarian Crisis (JRP) released today in Geneva. Read full statement below:

Relief operation under way after huge fire in Cox’s Bazar

After fire ravaged large parts of Cox’s Bazar refugee complex, the relief operation has begun. The Norwegian Refugee Council (NRC) is present on the ground, providing vital assistance to the thousands of families who are currently homeless and in desperate need.